International report - India: after the deluge, what future for the inhabitants of Assam?

In India, people in the Brahmaputra Valley have been thrown onto the roads by torrential rains and are surviving in dire conditions. Beyond the emergency, it is habitability... 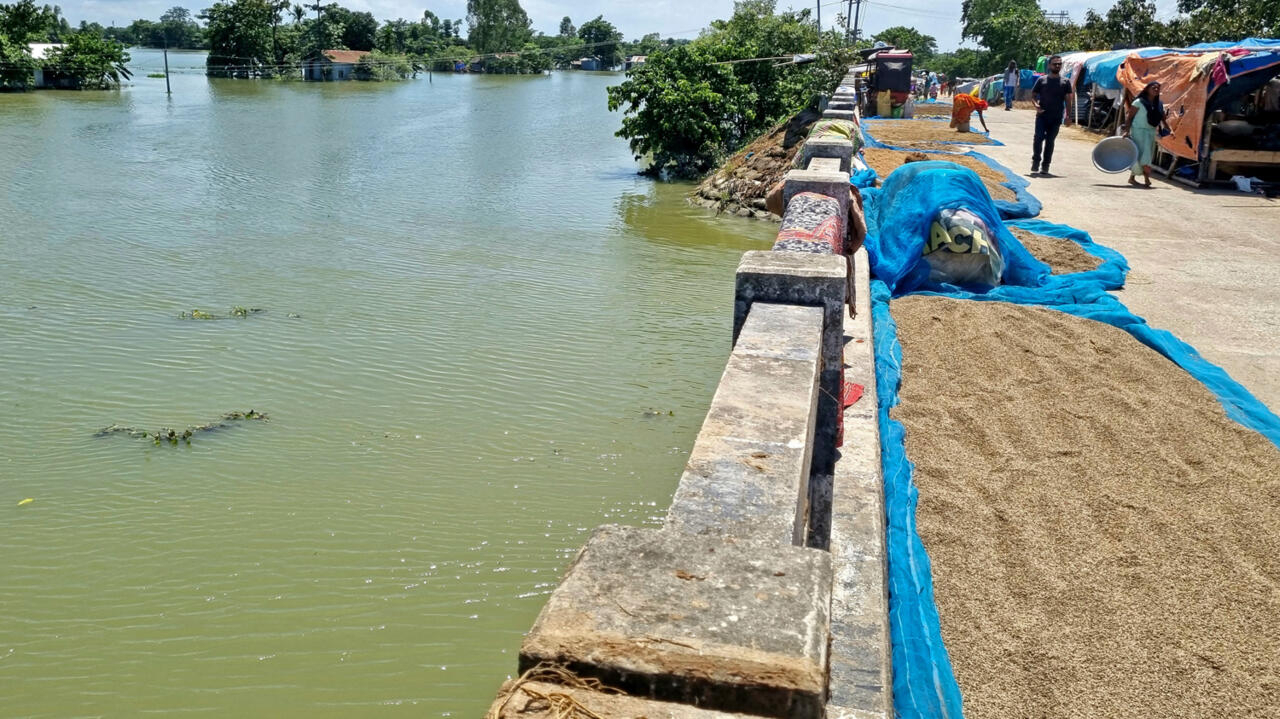 India: after the flood, what future for the inhabitants of Assam?

In India, people in the Brahmaputra Valley have been thrown onto the roads by torrential rains and are surviving in dire conditions.

Beyond the emergency, it is the habitability of this region of South Asia that is now in question.

From our special correspondent in Barpeta

Thanks to a slight ebb of water, some residents hope to return home, but many are worried about their future.

We'll have to wait another week, but how are we going to survive?

I was able to save my four cows, but I have no more grain to feed them.

In addition, it is necessary to rebuild the barn which was carried away by the waves.

Jelena Begaum, a 33-year-old farmer, must soon leave the summary refuge she occupies.

We were given some candles and cereal, but here there is no electricity.

Her husband doesn't know what they'll do next.

With these increasingly irregular floods, we no longer know when to plant rice without risking losing everything.

The anxiety is all the stronger among the inhabitants as according to all projections, the situation is set to deteriorate.

In the Brahmaputra valley, the disruption of the monsoons is combined with the accelerated melting of the Himalayan glaciers.

Each year from March, we provide shelters for those affected.

With a budget of 168 million euros, his department claims to be preparing for the future.

With the World Bank, we are working on climate-resilient villages, with raised shelters and new varieties of rice that are more resistant to flooding.

Here the farmers are sitting on a volcano

On the spot, the climate refugees seem rather neglected.

The discussion on adaptation to climate change is essentially about securing highways and critical infrastructure like borders.

The question of how farmers are going to get away with it is being pushed aside.

The supposed experiments in the villages are bullshit.

For the specialist, the concreting of the region further aggravates the problem.

In recent years, many dikes have been built in Northeast India.

In return, we have seen the number of landslides increase rapidly.

Here the farmers sit on a volcano.

In Assam, climate migration to other Indian states has already begun.

It will also concern the valleys of neighboring Bangladesh, where the Brahmaputra and the Ganges meet.

", according to the Red Cross.

► To read also: India: after deadly floods in the State of Assam, relief is struggling to organize