"Because I'm a singer, of course"... 'Live' confidence revealed by Mr. Stay

Group STAY showed confidence in their live performances ahead of their comeback. On the 3rd, on the official YouTube channel of STAYC, a video containing the story of the third single album, which is about to be released on the 19th, was released. 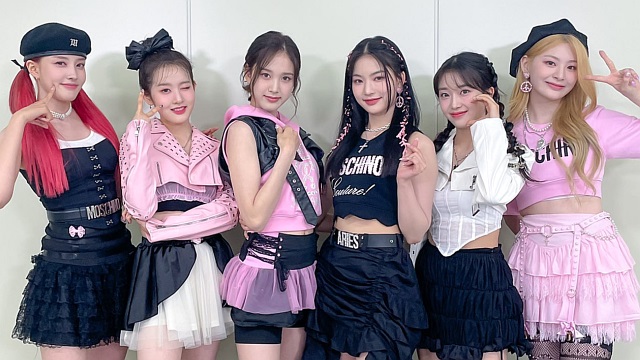 Group STAYC showed confidence in their live performance ahead of their comeback.

On the 3rd, on the official YouTube channel of STAYC, a video containing the story of the third single album, which is about to be released on the 19th, was released.

On this day's video, StayC's producer, Black Eyed Pilseung Rado, and the members had a frank conversation.

During the conversation on the topic of live, member Si-eun said, "It's natural (live)," and leader Sumin also said, "(live) is natural. You have to do a live to feel 'we came down after performing'" .

Member Yoon also said, "Is there a reason to do a live performance? I do it because I am a singer", and Jay said, "If I don't do a live, my energy doesn't come out."

Si-eun said, "That's right. So, I always did it while singing (singing myself) while filming the music video. The energy I put in front of the camera is different when I sing and when I just lip-sync and dance."

At the same time, Yoon recalled the last 'Dream Concert' and said, "I was worried about whether I would be able to perform well on stage because my neck condition was not good because I spent two nights at that time. It was revealed that he lost and won the sympathy of the members.

In the video, Black Eyed Pilseung Rado, who produced this STAY C album, said that he worked more on 'good music' than 'K-pop music' and said, "I changed the lyrics several times enough to change the mood of the song. It's concise and simple. It feels like a hippie." said.

After confirming a comeback on the 19th with the third single 'WE NEED LOVE', STAY is expected to return as a 'main vocal group' based on solid live skills.