"Where are you at?"..A sound recording of Naira Ashraf's killer threatening her father

Khaled Abdel Rahman, the lawyer for the family of the slain Mansoura student, Naira Ashraf, revealed audio recordings of the killer Muhammad Adel, which he sent to Naira’s father, containing threats to him and his daughter before he committed the heinous crime. 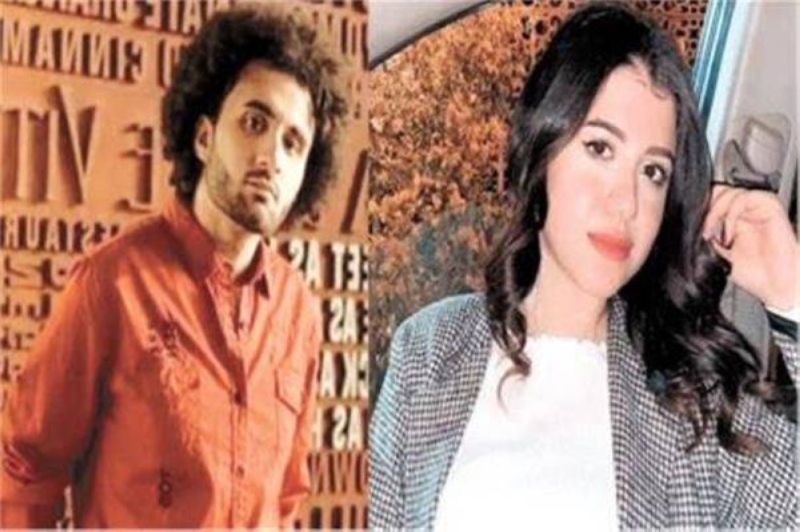 "Where are you at?"..A sound recording of Naira Ashraf's killer threatening her father

Khaled Abdel Rahman, the lawyer for the family of the murdered Mansoura student, Naira Ashraf, revealed audio recordings of the killer, Muhammad Adel, that he sent to Naira's father, including threats to him and his daughter, before he committed the heinous crime.

The recordings also showed the killer's intention to take revenge on the girl he loved, but she refused to exchange his feelings for him, so he chased after her and chased her, which prompted her father to file complaints against him at the first police station in Mahalla.

The killer said, sarcastically and threatening the father of the murdered young woman, "Where are you at, tell me where you are, where are you, and I will come to you?"

In the messages, the killer clearly threatened the girl and her family, as Muhammad Adel threatened, in a clear tone, her father to pay the price dearly, saying, "What you did to your daughter, she will not forget for the day of judgment and between me and her days."

Three months ago, the killer sent a text message on her mobile phone threatening her with slaughter, and that he would not leave an intact part of her body.

The lawyer revealed these threats despite the issuance of a ruling by the Mansoura Criminal Court to refer Mohamed Adel's papers to the Mufti to express the legal opinion of his execution.

The head of the Public Prosecution Office had revealed, during the pleading before the court, part of the accused's threats to his colleague, as he confirmed that the accused had confessed to planning to kill her a year and a half ago.

He said that the killer chose to terrorize the girl and kill her morally before carrying out his crime, adding that the accused followed Naira three times to carry out his crime and failed twice, but succeeded in the third.