Report Africa - Attacks and kidnappings in Nigeria: the children of the Birnin Kebbi boarding school [2/2]

While under-education in northern Nigeria has long been a time bomb for the country's internal security, this phenomenon could be amplified by successive waves of kidnappings... 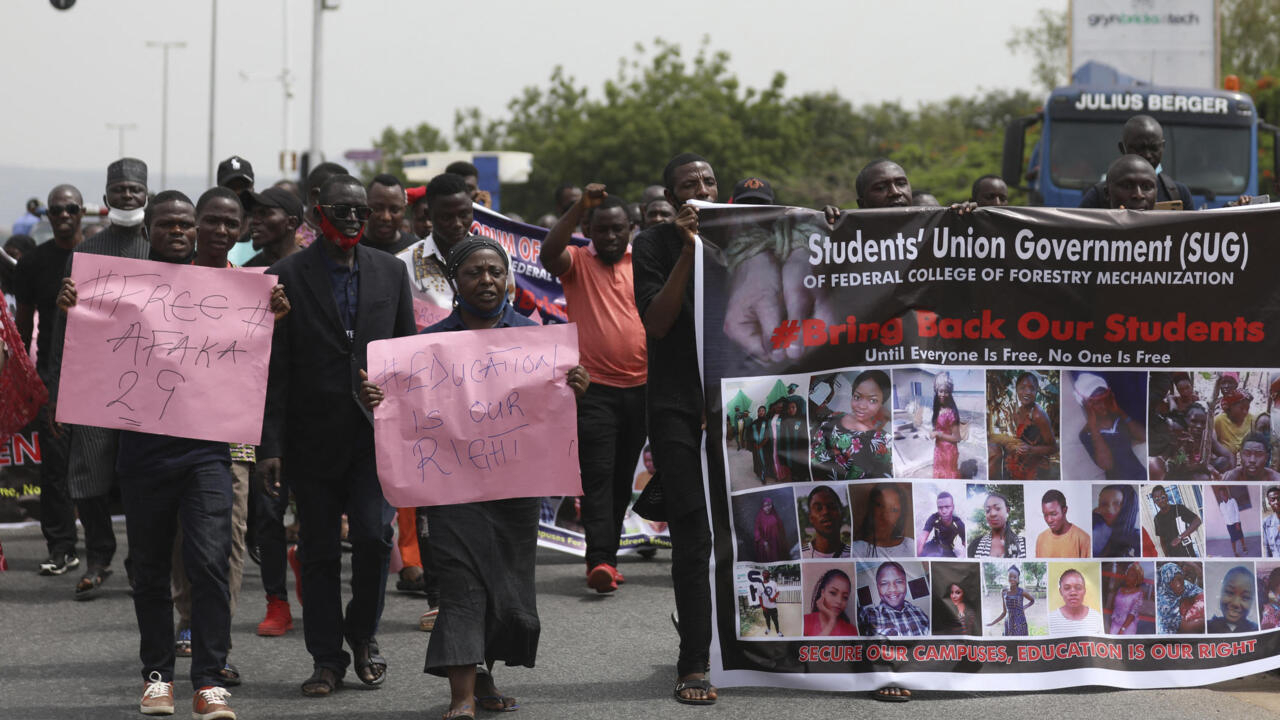 Attacks and kidnappings in Nigeria: the children of the Birnin Kebbi boarding school [2/2]

Nigeria: demonstration of relatives and parents of kidnapped students.

While under-education in northern Nigeria has long been a ticking time bomb for the country's internal security, this phenomenon could be amplified by successive waves of mass kidnappings for ransom in the northwest of the country.

From our Special Envoy in Kebbi State,

Saddam does not always manage to realize.

After four months of captivity, his little brother is safe and sound.

While the majority of the 102 students of the Birnin Yauri boarding school have been in the hands of their captors for a year to the day, Sadam and his parents have been instructed not to speak to the media.

Just Saddam agrees to discuss a video shot on the phone and sent by the kidnappers on a social network.

The video was so horrific because I saw one of the teachers and three of the students being tortured, and they were begging the Kebbi government to come to their aid," he said.

For several months, Governor Atiku Bagudu in person received the families once a week, assuring them at each meeting of the imminent return of the children.

Saddam does not doubt the sincerity and the efforts of the authorities.

Kebbi State is struggling to free them.

And it works hand in hand with the federal government.

The federal government is also trying to save them.

I am sure that the governor and his teams are trying by all possible means, with his power and his resources, to free the children who are still hostages.

However, several families do not understand media silence as the mode of operation chosen by the State of Kebbi.

Aisha fears that the still captive Birnin Kebbi students will fall into oblivion.

His cousin has still not been released.

And above all this young woman is worried that, because they are traumatized, many parents no longer send their children to school.

If, as a parent, you send your child to school and he or she doesn't come back, you won't like it and you will be unhappy.

In fact, the bandits indirectly tell us not to send our children to school.

It is impossible for you to send your child to school and then end up not coming home.

So, to avoid this, it's better for your child to stay at home or at home

Mother of a little girl under two years old, Aisha, although herself a student, is not sure that she will enroll her child in school.