CAN 2022 women: Senegalese in Morocco to learn to roar

The Senegalese national women's team returns to the African Cup of Nations after twelve years of absence, on July 3, 2022 in Rabat against Uganda (group A). For this second participation in… 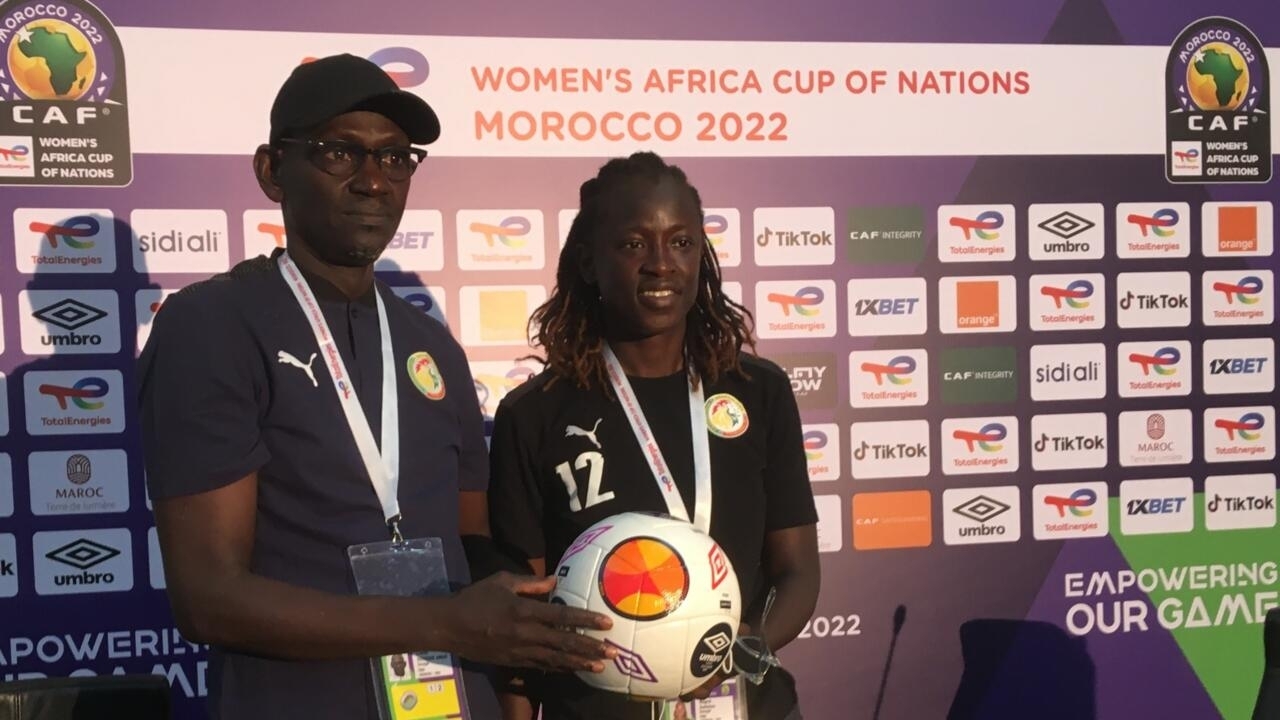 CAN 2022 women: Senegalese in Morocco to learn to roar

The coach of the Senegal women's national football team, Mame Moussa Cissé, and the captain of the Lionesses, Safiétou Sagna.

The Senegalese national women's team returns to the African Cup of Nations after twelve years of absence, on July 3, 2022 in Rabat against Uganda (group A).

For this second participation in a CAN final phase, the Senegalese want above all to mature and learn, ruling out comparisons with the Lions of Sadio Mané, crowned African champions in Cameroon.

From our special correspondent in Rabat,

Safietou Sagna, captain of the Senegal women's national football team, and Mame Moussa Cissé, coach of the Lionesses, pose with a smile in the middle of a dozen volunteers for the

The kind of gesture of admiration to which the midfielder and the technician are probably not yet accustomed.

But they lend themselves to it with pleasure.

Our only other participation dates back to 2012

, recalls Mame Moussa Cissé, in a press conference, before a meeting against Uganda scheduled for July 3, in group A of CAN 2022.

Today, we are making a comeback .

We can also feel that there is a lot of interest for us, for women's football in Senegal

Safietou Sagna, who was part of the first adventure in 2012, reveals a little emotion.

Coming back ten years later, with my sisters, can only give me a feeling of pride

The Federation has made great efforts for the development of our football.

A (RE) READ ► Safietou Sagna: "Return to the CAN, ten years after Senegal's first participation"

Do not compare with the Lions, champions of Africa

Being in Morocco is therefore already an achievement for the Lionesses.

But Safietou Sagna feels the weight of expectations in the country, following the coronation of the Lions, winners of CAN 2021 in Cameroon.

," said the resident of Bourges Foot 18 in France.

In Senegal, women's football was not given too much media coverage.

With the coronation of the boys at this CAN, everyone believes in us.

The proof: the supporters claim the cup whereas it is only the second time that we are in final phase

It's not at all the same process with the girls

, underlines Mame Moussa Cissé, who hopes to titillate the best nations within two to four years.

We have a group composed mainly of local players.

80% of the workforce of the Senegal team comes from the Senegalese championship.

We only have six expatriate players in France.

And we have a very young group.

We are therefore in a phase of building our football, of learning, even if it is the CAN

We return to competition with a lot of humility, measured ambitions.

But if we have the opportunity to nab something, we will not deprive ourselves of it!