C Tangana, the favorite star of the festivals with the most ambitious and expensive show of the summer

Tarí, tará, tarí, tararuuuuuu. In the Plaza Mayor of each municipality in Spain, the music band will perform again this summer its flowery repertoire of pasodobles,... 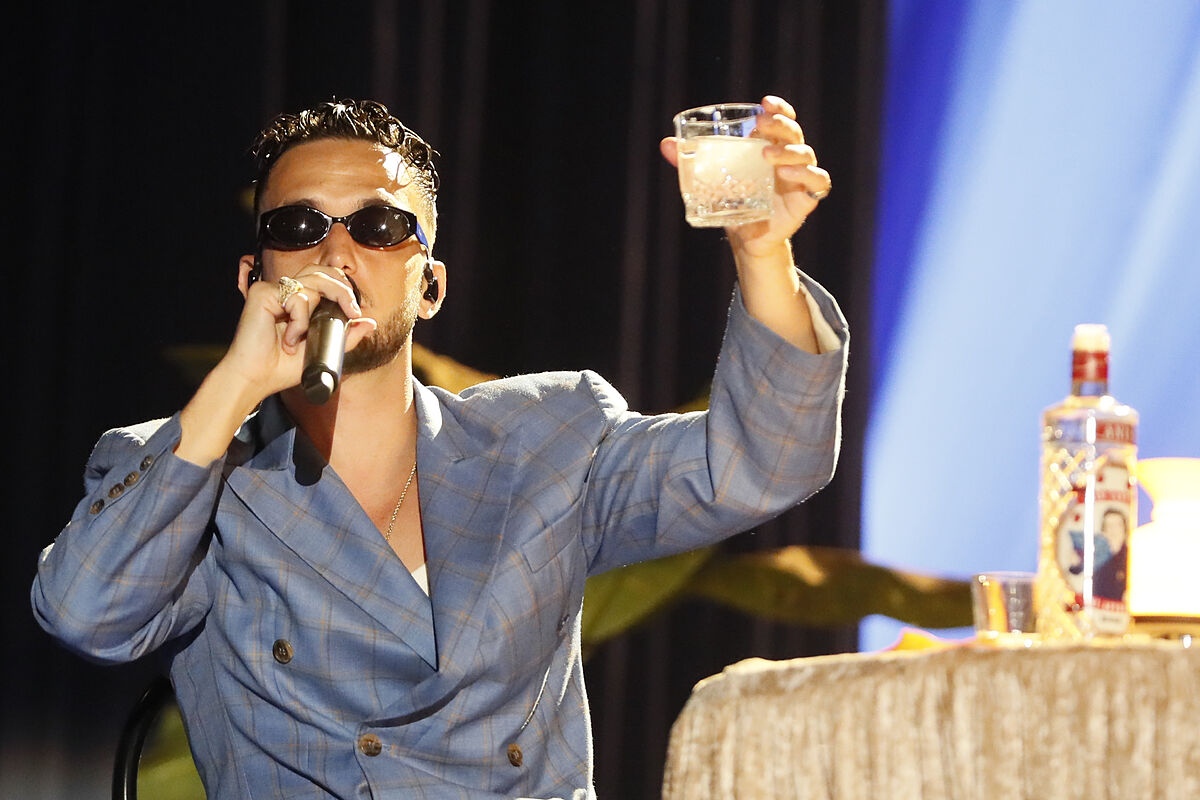 In the Plaza Mayor of each municipality in Spain, the music band will once again perform its flowery repertoire of pasodobles, marches and popular classics this summer.

And among all the bands,

the most listened to will be... the one that accompanies C Tangana

, in which it can and should be considered the

best show by a Spanish artist at the moment

Up to thirty trumpets, violins, violas, tubas, trombones and French horns of what we know as folk

archetype of the popular artist of our time

That was his bet when he moved away from rap and rap and recorded the rumbas, the classic Latin rhythms and even the rock of

, the best-selling album in our country in 2021, for which he was recognized with three awards Grammy.

And that is his bet now live.

After a brief spring tour of only six concerts at sports halls, C Tangana has made his festive folk concert

the most desired number of this summer's festivals

Up to 17 concerts at festivals in 10 communities will be offered.

And his cache is as bulky as his production is ambitious: more than 300,000 euros per performance, according to various sources consulted, in a range that can vary depending on the format and duration contracted or if the artist has played in the city in recent months.

But if the man

is worth his weight in gold

, even if his weight is not much.

There shouldn't be more than 65 kilos of C Tangana on stage, which in boxing is a welterweight, and precisely when the big curtain falls, the man begins the

throwing fists and jumping to the rhythm of

while the brass of the orchestra blow like a gale

It is one of the few songs that he offers from his past in urban music, such as

So some rap, very little trap and no reggaeton on Tangana's

, who wears a double-breasted jacket from the seafront, an occasional silk scarf over his lapels and his gaze hidden behind black hangover-style glasses.

This is how he was seen this Friday at the

, where of course he was headlining before 27,500 people, which are not a few.

Since this is a big party, we are in a party room

or, if you prefer, in a boite, as long as they pronounce boite and not

Some musicians and guests are divided into several round tables with floor-length tablecloths and a lamp in the center.

A waiter in a white jacket and black bow tie is handing out drinks, and the sky has lit up.

broadcast on cinemascope on a giant screen

that occupies the entire upper part of the stage.

It has the aesthetics of a movie that goes through a night out and is perfectly choreographed and measured, from the ballroom dances to the flamenco after-dinner table and some wild moments like a wedding disco.