Still bored at home? These tourist attractions are about to "explode"

China News Service, July 2, Question : Still bored at home? These tourist attractions are about to "explode"   Xie Yiguan, a reporter from China-Singapore Finance and Economics   "May is the child's 6th birthday. She was originally promised to go to Disneyland, but because of the severe epidemic in Beijing some time ago, I couldn't go. If I can find time recently, I plan to take my wife and ch 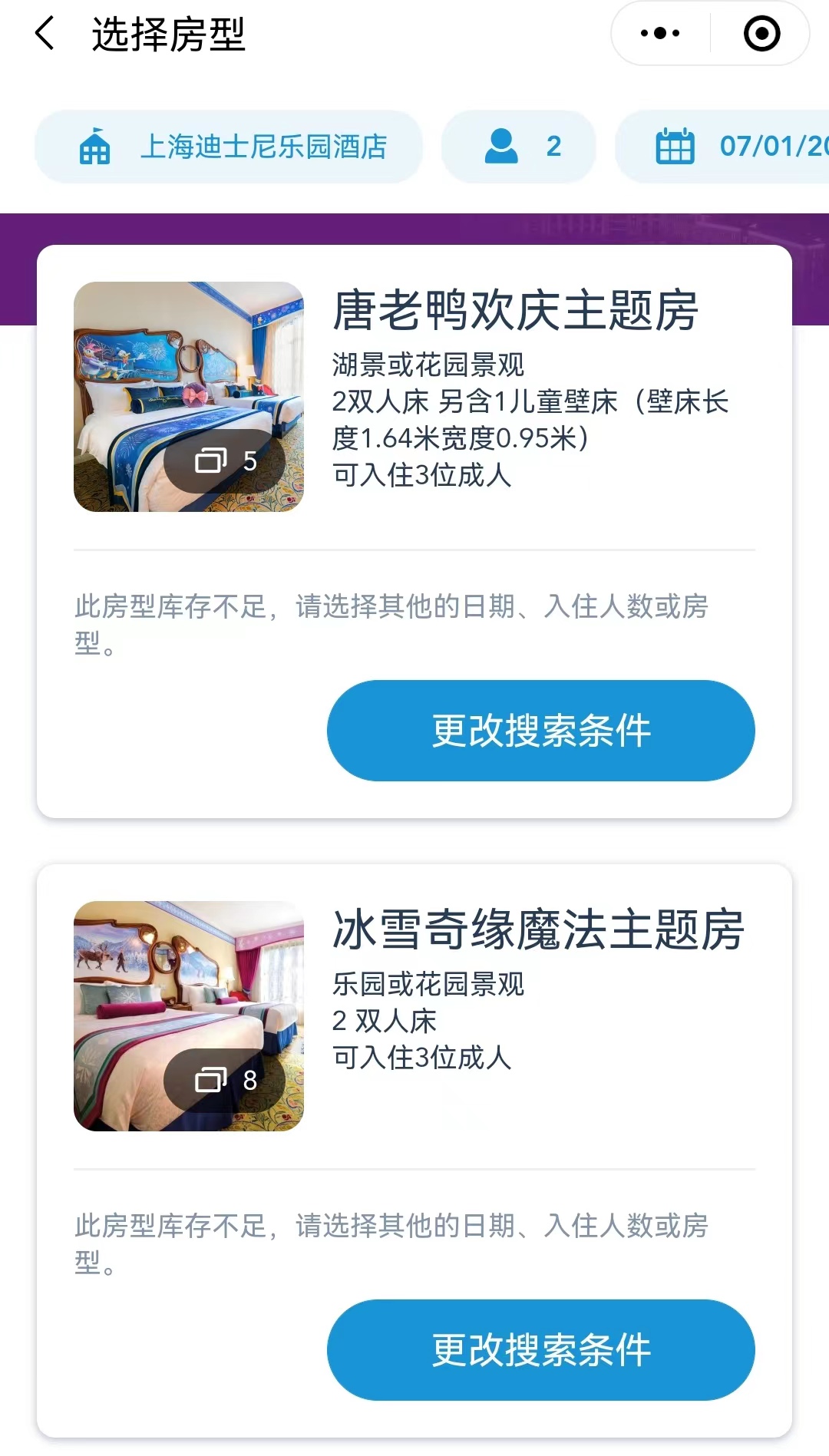 These tourist attractions are about to "explode"

"May is the child's 6th birthday. She was originally promised to go to Disneyland, but because of the severe epidemic in Beijing some time ago, I couldn't go. If I can find time recently, I plan to take my wife and children to Shanghai to play." In Beijing Living Xiao Guo said.

Like Xiao Guo recently, there are not many people who have travel ideas.

The summer vacation was originally a peak travel season, and now the epidemic prevention and control in many places has shown results. Therefore, adults and children have left their homes one after another, and the number of tourists from various places has also begun to rise.

On June 30, Shanghai Disneyland officially resumed operations after being closed for nearly 100 days, and Lingna Belle also took advantage of the trend on Weibo.

Netizens are sighing that "the return is still top-notch", and a group of people have rushed to the park and started close contact with Lina Belle.

How hot is Shanghai Disneyland?

On the Fliggy platform, the number of tickets issued on the first day of sales increased by 42% on average compared to the normal business period in March.

The reporter searched for Shanghai Disneyland hotels and chose to stay on July 1 and 2 respectively. All room types showed insufficient inventory.

In the days after that, some room types were still displayed as booked.

The tourism market is also warming up in Beijing.

When the epidemic in Beijing was more serious in May, the tourism industry also entered a "cold period". As the epidemic was brought under control, "our orders in June were 'explosive', and the guests were uninterrupted." The person in charge of a popular hotel in Miyun District said.

"Now the housing stock on the 2nd (Saturday) is very tight, and it is fully booked for next Saturday, and there are not many rooms left at other times." The person in charge told reporters that there are currently no preferential activities.

"Don't think that under the epidemic, everything is stagnant, and the outside world is still very exciting." The person in charge added.

Fliggy data shows that in the past week, hotel bookings in Beijing have increased by more than 1.2 times from the same period last month, and Shanghai hotel bookings have returned to the daily average level during the normal business period in March.

The number of tourists in the scenic spot is rising

Before the "May Day" holiday, Wang Jun, the owner of a homestay in Lijiang, Yunnan for 12 years, was still worried about the scarce passenger flow.

Recently, Wang Jun revealed, "I have more guests in my homestay."

"In the recent period, the number of tourists in Lijiang has recovered a lot. After June 15, the daily average increased by nearly 20,000 tourists." Wang Jun said.

"As the epidemic is gradually brought under control and many places have been unblocked, people have been staying at home for so long, and they want to come out and relax." Facing the increase in tourists, Wang Jun explained, "In addition, this period of time coincides with the end of the college entrance examination for students. , many students also come to play."

The Dali Bai Autonomous Prefecture Bureau of Culture and Tourism also recently issued a document saying that many tourist attractions in Dali have gradually returned to the bustling scene of the past.

The picture comes from the public account of "Dali Cultural Tourism".

"As a famous scenic spot in Dali, the Three Pagoda Scenic Spot of Chongsheng Temple received an average of 3 to 4,000 tourists per day, which is much better than before," said Luo Yajing, assistant director of the scenic spot operation management center of Dali Tourism Group.

The official customer service of Guangzhou Chimelong Tourism Resort also told reporters, "The number of tourists during the summer is relatively more, and the increase in tourists has been more obvious these days."

The recovery of the tourism market, as Wang Jun said, has the influence of seasonal factors, but it is also inseparable from the timely adjustment of epidemic prevention policies in various places to promote the development of tourism.

At the end of May, the Ministry of Culture and Tourism issued the "Notice on Strengthening Epidemic Prevention and Control, Scientific and Accurate Implementation of Inter-provincial Tourism "Fusing" Mechanisms, and further targeting the "fusing" areas of inter-provincial team tourism to county areas to promote a safe and orderly cultural and tourism market. recover.

Data map: Clouds and mists are shrouded in Huangshan in summer.

In addition, in the recent consumption promotion policies launched by local governments, cultural tourism consumption has also been frequently mentioned, and some localities have even introduced special measures to promote the development of cultural tourism.

In addition, many scenic spots have recently announced the implementation of preferential policies such as free or discounted tickets.

The above-mentioned Jiangxi Lushan received nearly one million tourists in three weeks, which is not unrelated to the June ticket-free policy.

"Summer vacation is a peak tourist season. In the past (before the new crown pneumonia epidemic), more than one-third of the revenue of scenic spots and travel agencies came from summer vacations. It has always been an important period for major scenic spots and tourism companies to exert their efforts." Hunan TUI International Travel Agency Co., Ltd. Chen Zhaozhong, general manager of the company, said, "The intensive marketing strategy launched by various scenic spots has released the confidence of the industry to a certain extent. In addition, it also reflects that with the improvement of the epidemic prevention and control situation, cross-provincial tourism in many places in China has gradually resumed, and the backlog of tourism demand has been accumulated for a long time. Start releasing."

"As far as I know, many tourists who have recently come to Lijiang come from outside the province." Wang Jun also mentioned that this should be related to the liberalization of inter-provincial travel in many places.

The number of tourists at various attractions may increase

Today, the streets of Lijiang are bustling with people.

Wang Jun revealed, "It is still in the early stage of the peak season. According to the situation in previous years, it is expected that the passenger flow will increase after the official peak season on July 5."

There is one more thing that makes Wang Jun happy recently.

The official website of the Ministry of Industry and Information Technology announced on the 29th that in order to facilitate the travel of the majority of users, the "asterisk" mark of the communication itinerary card will be cancelled from now on.

After the release of the news of "Taking the Stars", the tourism market responded quickly.

Data map: The long view of the ancient city of Lijiang.

On June 29, Lijiang City, Yunnan Province issued the latest announcement on changes in prevention and control policies: For those who come to (return) from areas with no abnormality in the health code and communication big data itinerary card, and no local epidemic area, they will no longer check the negative nucleic acid test certificate. Implement normalized epidemic prevention and control measures such as code scanning, temperature measurement, and wearing masks, and flow in an orderly and free manner.

The epidemic prevention and control policies in various places have affected the travel of residents in Beijing, Shanghai and other places to a certain extent. Now that orderly and free flow has resumed, Wang Jun predicts, "There may be more people coming here to play."

Although the current passenger flow is still lower than the same period in previous years, and many of the surrounding B&Bs have chosen to close before, but Wang Jun will continue to open the B&B. "For the reduced income, I usually sell special products to subsidize it."

Wang Jun noticed that recently a new group of people started to look for homestays and plan to do homestay business.

The supply of new "blood" may also indicate that tourism is recovering, and the homestay industry is rekindling hope.