Documents and leaks revealed by "what is hidden greater" .. How did the Mossad seek to spy on the Palestinian resistance in Turkey?

The “What is Hidden is Greater” program opened in a new investigation the file of the work of the Israeli intelligence service “Mossad” in Turkey, and presented documents, recordings and testimonies of people targeted by the Mossad, but they informed the Turkish authorities of their targeting. 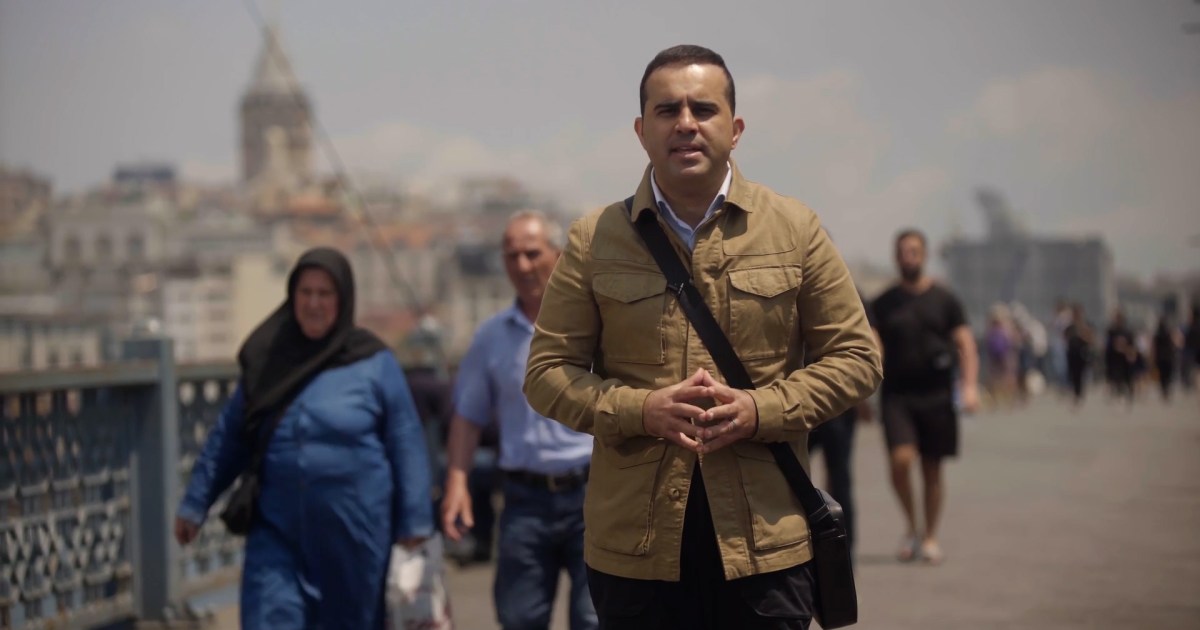 Despite the rapprochement witnessed by Turkish-Israeli relations in recent months, there is talk of a hidden battle between Turkish intelligence and the Israeli Mossad.

In October 2020, the Turkish security services arrested 15 suspects of spying and working for the Mossad through a simultaneous operation centered in Istanbul and other Turkish cities, and most of the accused were students sent to study in Turkey.

According to the journalist specializing in Turkish-Israeli affairs, Taha Dagli, the Mossad considered the 1990s the golden period in its relationship with Turkish intelligence, but after 2010 the Mossad's suspicions about Turkey and its intelligence rose.

An episode (7/2022) of the “What is Hidden Greatest” program was able to broadcast exclusive leaks, recordings and footage that revealed some of the mysteries of the Mossad’s work in Turkey, as the program broadcast clips for the first time that monitor the moments when a member of the spy network received a sum of money from a taxi driver to contribute Track and arrest him in accessing the source of funds for the Mossad network in Turkey.

Mossad's activity focused on recruiting members of the Arab communities that strengthen their presence in Turkey, especially Istanbul, including the Palestinian community.

It is clear that the targets are students who are related to activists and Palestinian leaders residing in Turkey, and they have sensitive security and scientific majors in Turkey.

Most of the target audience started communicating with them through social media.

Some of those whose names were mentioned in the files talked about the details of the battle, including Anas, who was targeted by the Mossad at an early stage.

Anas said that he communicated with the Mossad in 2015 and 2016 through Facebook, and said that he was personally targeted because he is active in enrolling students from different countries of the world in Turkish universities.

Adnan, one of the targets of recruitment by the Mossad, revealed that he was contacted through Facebook, but he doubted it from the beginning, especially after they asked him for the numbers and addresses of the residences of Palestinian leaders from the Islamic Resistance Movement (Hamas) in Turkey.

Among those targeted was also the student Hussein, who was suffering from a health problem, so the Mossad contacted him under the cover of assistance in his treatment, through Facebook.

According to Murat Aslan, a researcher and former officer in the Turkish intelligence, Israel has different mechanisms and lots of agents to get any information, but any mistake made by one of the agents will kill their efforts.

The "What is Hidden is Greater" program also obtained leaked documents that reveal the remittances sent by Mossad officers in favor of its recruits in Istanbul, and showed that dozens of documents tracked by the security services in Turkey revealed that most of the money sent by the Mossad came from European countries, and this tracking enabled it to It monitored the people who delivered the money by hand inside the Turkish cities, and later arrested a number of those involved who revealed other recruits that she was not aware of.

The most dangerous stage was when Mossad officers asked to expand its circle and form hierarchical cells by those who believed that they were their agents in Turkey, but the Turkish security authorities, on their part, changed the rules of the game and decided to make a fake story that fits with what the Mossad is looking for according to the information collected, and examples of that were Establishing a fictitious student association run by a fictitious figure called Abu Ahmed, in order to track the work of the Israeli apparatus.

On the other hand, the “What is Hidden is Greater” program shows how the Mossad played on the desire of many to immigrate to Europe, and a leaked recording of a Mossad officer documents his supervision of facilitating a recruit’s obtaining a visa from the Swiss consulate without going through the official procedures followed to meet him.