American rapper R. Kelly was sentenced to 30 years in prison. The artist was found guilty of racketeering, violating the law on combating human trafficking for the purpose of sexual exploitation and other crimes. Before the verdict was announced, the musician was in a federal detention center in Brooklyn. After the verdict, Kelly will be sent to Chicago, where he will later appear in court on charges of filming child pornography and obstructing the investigation. 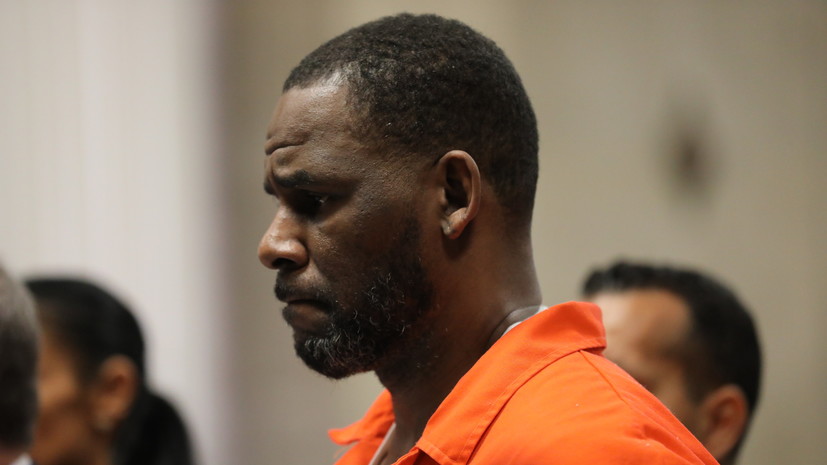 The Brooklyn federal court decided the further fate of the musician R. Kelly (Robert Sylvester Kelly) - he was sentenced to 30 years in prison.

Before the verdict was announced, the defendant was in a federal detention center in Brooklyn.

After the verdict, Robert Kelly will be sent to Chicago, where he will appear in court in August on charges of producing child pornography and obstructing the investigation.

Recall that on September 27, 2021, a jury in the United States found R. Kelly guilty of racketeering and eight violations of one of the laws against human trafficking for the purpose of sexual exploitation.

According to the details of the process, the perpetrator for almost 30 years was at the head of an enterprise that recruited women and children and subjected them to sexual and psychological abuse.

Bodyguards, managers, drivers and assistants of the artist participated in the organization of the criminal scheme.

The company was also engaged in the creation of pornography.

On the day of the announcement of the verdict, several women spoke in court, who, according to their own words, suffered at the hands of the artist.

They accused him of sexual abuse and claimed that they still could not get rid of the consequences of a psychological nature.

One of those present stated that Kelly did something to her that she "plans to take with her to the grave."

Kelly's lawyers attempted to portray his accusers as obsessed fans and adventurers seeking financial gain, but the jury ultimately believed the prosecution.

Attorney Jacqueline Kazoulis previously said the musician is a criminal who "used his inner circle to lure underage girls, young men and women into a nasty trap of sexual abuse, exploitation and humiliation for decades."

Prosecutors recommended that Kelly be sentenced to more than 25 years in prison, arguing that society needed to be protected from more serious crimes on his part.

According to the representative of the artist Jennifer Bonjean, such a sentence is tantamount to "life imprisonment", since the rapper is now 55 years old.

The rapper himself did not expect such a verdict.

During the trial, the jury heard the testimony of several witnesses who had contact with the musician in different years of his career.

So, some former employees of Kelly said that he forced them to hand out leaflets with his phone number to women wherever they meet them, according to CNN.

Several women confirmed that it was thanks to these pieces of paper that they contacted the singer.

According to one of the victims, Geronda Paice, in 2009, when she was 16 years old, she gave her contact details to the artist's team, and she was invited to a party at his house.

Pace said that she had sex with R. Kelly repeatedly over the course of six months.

Also, according to her, the musician subjected her to physical violence.

Other girls admitted that they could not leave the room anywhere without the permission of the musician, and also eat and drink without his consent.

In addition, the court included the testimony of several people involved in organizing Kelly's illegal marriage in 1994 with the late singer Alia - she was only 15 years old at that time.

In particular, the former tour manager of the artist Demetrius Smith said that he was with a couple that day.

During the testimony, it became clear that Smith gave the welfare worker $500 to make Alia's ID card, which would not have her date of birth on it.

When painting the artists, the documents indicated that the girl was 18 years old.

The marriage was annulled when Aliya's parents found out about everything.

The defense of the defendant presented additional materials about the difficult childhood of the rapper, which could serve as grounds for commuting the sentence.

During a 14-hour interview with psychiatrists, R. Kelly said that he never knew his father, and his mother was always his closest person.

When she died, the artist was very depressed - he called it the most tragic event in his life.

In addition, it is documented that Robert Kelly was sexually abused by his older sister as well as the landlord as a child, from about the age of seven, sometimes every week.

According to clinical psychiatrist Rene Sorrentino, early sexual abuse may have contributed to his hypersexuality as well as difficulty controlling his sexual urges.

Attempts to bring R. Kelly to justice began long before the trial in Brooklyn.

In 1996, the first official accusation was made against the musician, according to the Chicago Sun-Times.

On Christmas Eve, a girl named Tiffany Hawkins filed a lawsuit against Kelly, accusing him of sexual and physical abuse of her and demanding $10 million in moral damages.

According to the lawsuit, she was 15 years old at the time of their intercourse.

Hawkins stated that he forced her to have group sex with him and other teenagers.

As a result, the conflict was resolved out of court.

The musician later faced child pornography charges and was acquitted in 2008.

From that moment on, journalists and experts carefully followed the performer of the song I Believe I Can Fly: many boycotted his work, and rumors about a painful addiction to sex with minors became more extensive every year.

Close attention to his personality was the basis of the documentary series Surviving R. Kelly, which was released in 2019 and gave wide publicity to what was happening.

The picture says that Robert Kelly's team protected him and forced the victims to remain silent for decades.

A few months later, the rapper was arrested.

In August 2020, Deadline reported that the singer's manager, Donnell Russell, was charged with threatening to shoot people at a movie theater in Manhattan, where a tape about the rapper was to be broadcast in 2018.

Russell attempted to stop the screening from Chicago by contacting the NeueHouse cinema.

He stated that there was a man with a gun inside, ready to shoot.

Then the management of the cinema hall took all the necessary measures: they evacuated people, called the police and canceled the premiere of Surviving R. Kelly.