Two men have been arrested this Tuesday and two are still on the run for an uncovered robbery at a jewelry store at the TEFAF art fair, in the Dutch city of... 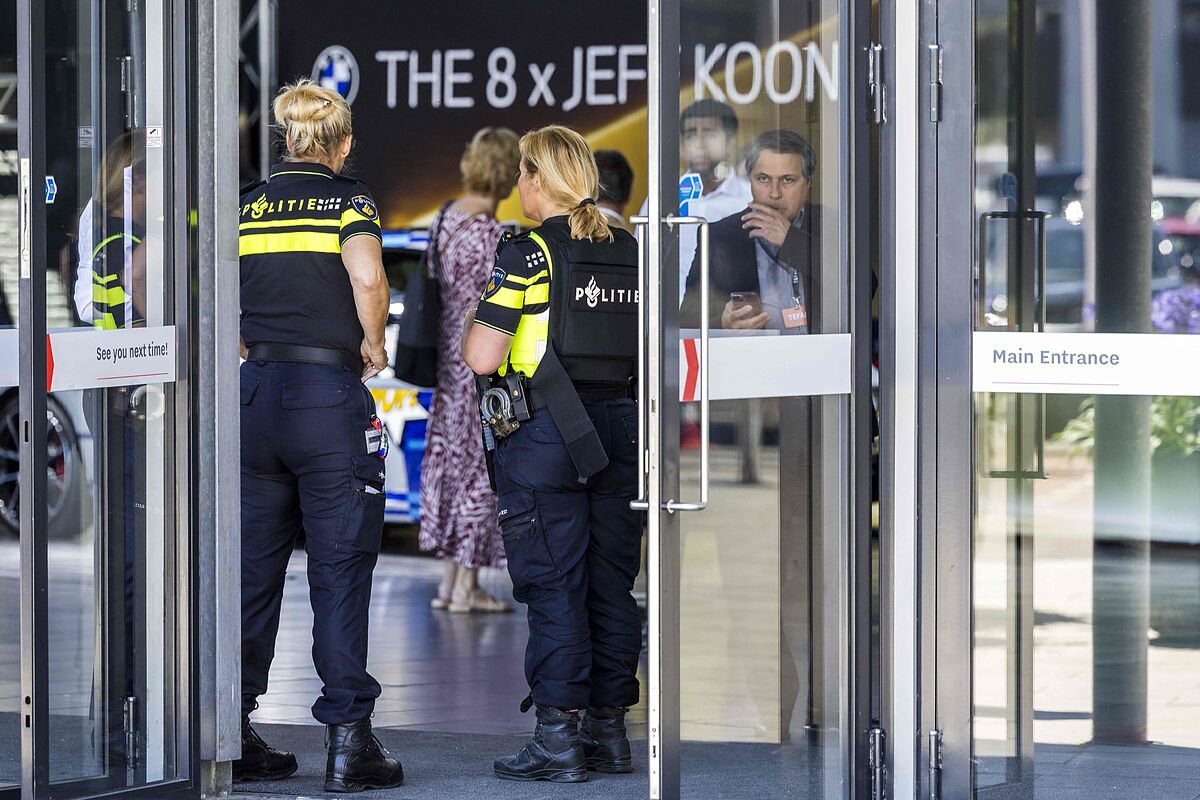 an uncovered robbery at

a jewelry store at the TEFAF art fair, in the Dutch city of Maastricht, a robbery in which a robber used a sledgehammer to break a window, while the others kept the public away with a gun.

Around noon on Tuesday

broke into the London jewelery stall

, which offered vintage jewellery, and one of the thieves started smashing a display case with a sledgehammer, while the others kept visitors away and, according to witnesses, at least two of them used a firearm.

As explained by the Dutch Police, the agents arrested shortly after the robbery a

, both from Belgium, who were driving a gray vehicle with Belgian license plates on the highway, although "their possible participation is still under investigation" and "other suspects are still being investigated."

Shortly after the robbery, the nearest highway and tunnel were closed and a police helicopter and sniffer dogs were deployed, and witnesses, including Spanish gallery owner

, are now being deposed, and security cameras are being checked. of the MECC, the event center that has been hosting this Maastricht art fair since last Friday.

As specified by the Dutch police, the thieves did manage to get hold of

, although they do not provide details about the loot with which the robbers have been made.

In several images of the robbery, you can see how the robber who hits the glass with the mallet takes a handful of things with his hand and puts them in a bag, before running away with

the other three men,

all with their faces uncovered.

It is not clear how the robbers with weapons and a sledgehammer were able to enter the interior of the MECC, since, as EFE was able to verify during the opening of the fair, the event is held surrounded by

and the guards search the bags of the TEFAF visitors one by one.

According to the organization, the MECC has been temporarily evacuated after the robbery, although it has now been reopened, and stresses that the fair's security team acted "

and "the Dutch police arrived at the scene after a few minutes, no one was injured.

"TEFAF has robust procedures in place in the event of a security breach. These were followed precisely and all visitors, exhibitors and staff were safely evacuated. The fair has now

," a spokesperson for the organization said.

The fair celebrates its

between June 24 and 30, with more than 240 gallery owners from twenty countries and representing all sectors, including design and antique dealers.

In other editions, the fair attracted some 70,000 visitors