It was around six o'clock on a not particularly hot afternoon in Madrid, the perfect time to go shopping. And that's what Jill Biden did once the official acts of... 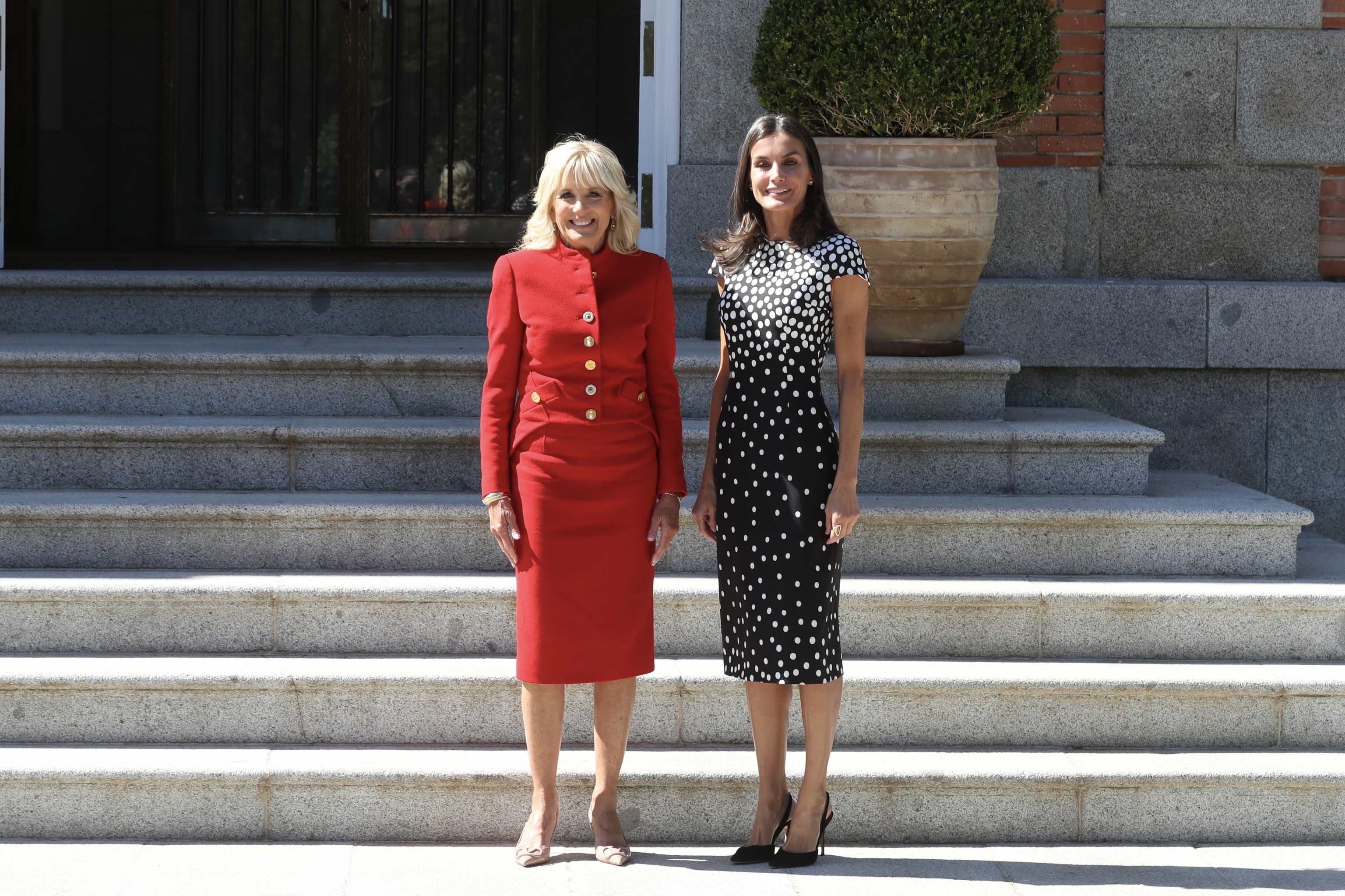 It was around six o'clock on a not particularly hot afternoon in Madrid, the perfect time to go shopping.

And that 's what

did once the official acts on her agenda with Queen Letizia had concluded: together they had visited the Madrid headquarters of the Spanish Association Against Cancer in the morning.

knew very well what she wanted to buy.

," says Víctor Lur, who assisted her during her purchases at the

arrived preceded by her security team.

"It was a show. The first thing we saw was four or five men in

looking at our window and we thought that the effect of the NATO summit was beginning to be felt," recalls Víctor.

Later, another 10 in the facade, more in front and seven inside the store.

"We had the place to bursting, full of people, with other clients also trying on

With the beginning of the sales, the foreseeable.

What they did not expect was that

and her two granddaughters would be next.

"She was already wearing one of our espadrilles, the '

And it was her youngest granddaughter who asked her

for another four models, "all

, it was what she was looking for".

Despite the anticipation, the three of them discreetly placed themselves in a corner of the store and began to try on.

"We helped them and

them . We were a little tense, because of who he was, but the treatment was friendly. In reality, it was all very

, a grandmother with her granddaughters," recalls Víctor.

spent about 40 minutes in the official

store , which has been in the same place for more than 27 years, "although on these occasions everything seems to happen very slowly," says Víctor.

And not only did they buy

for all of them, 3 pairs in total, but also a wicker tote

These have been his first purchases

The model that the first lady bought is the Castañer 'Klota' espadrille in pink.

It is a comfortable, flat design, made of satin and with a braided fabric heel.

They are the ones the eldest granddaughter chose.

This is the 'Chiara' model in black, 11-centimeter wedges with a double platform, to make them more comfortable.

It is a total black espadrille that Queen Letizia also has and costs 120 euros.

It is a basic made of cotton canvas, a classic of the brand that is also sold for men.

Jill Biden not only bought espadrilles at Castañer;