New research published during the last annual meeting of the American Dietetic Association reported that the best diet that may contribute to the prevention of breast cancer is meat-free plant-based diets, as reported by "Russia Today". And the research section that was presented was the results of a study that included M 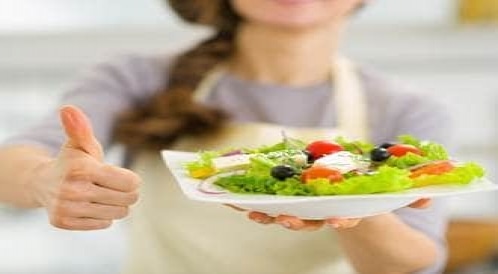 New research published during the last annual meeting of the American Dietetic Association reported that the best diet that may contribute to the prevention of breast cancer is meat-free plant-based diets, as reported by "Russia Today".

The presented research divided the results of a study that included information from 65,574 participants collected between 1993 and 2014. The data showed that those who ate the least meat were 14% less likely to develop breast cancer.

The results applied only to participants who stuck to a healthy, plant-based diet. Those who ate a plant-based diet but also consumed unhealthy foods and drinks had a 20% increased risk of breast cancer.

"The results suggest that the best plant-based diet for breast cancer prevention could be a healthy plant-based diet consisting of fruits, vegetables, whole grains, nuts and legumes," said lead author of the study, a PhD student in epidemiology at the University of Paris-Saclay, Sanam Shah.

"An unhealthy plant-based diet that includes higher amounts of processed products primarily of plant origin, such as refined grains, fruit juices, sweets and potatoes, will be worse for preventing breast cancer," Shah added.

Co-author Dr Elizabeth Ward added these findings to a body of evidence showing that some foods, such as potato chips, French fries and juice, are lacking in many nutrients, including fiber, vitamins, minerals, and phytonutrients.

Ward also noted that "a well-planned, balanced plant-based diet reduces the risk of cancer by providing large amounts of vitamins, antioxidant minerals, fiber and phytonutrients, which are protective compounds found only in fruits, vegetables, nuts, seeds, legumes, soy foods, grains and other plants, and in turn." The antioxidants in plant foods help protect cells from turning into tumors.

Ward explained that food and drink options such as chips and juice "are not necessarily 'bad', but they are 'not cancer-fighting'."

"For example, baked potatoes provide fiber and other nutrients in addition to phytonutrients and are low in fat, while potato chips contain very little, if any, protective nutrients and may be relatively high in fat," Ward said.

"Eating a lot of refined plant foods can lead to the exclusion of other nutritious options that provide cancer-fighting nutrients," she added.

"The other problem is calories, because too many foods that are relatively high in calories can lead to weight gain associated with certain types of breast cancer," Ward concluded.