Miners in the goldfields of Klondike in Canada's far north have made a rare discovery, as they found the mummified remains of an almost complete woolly mammoth baby. 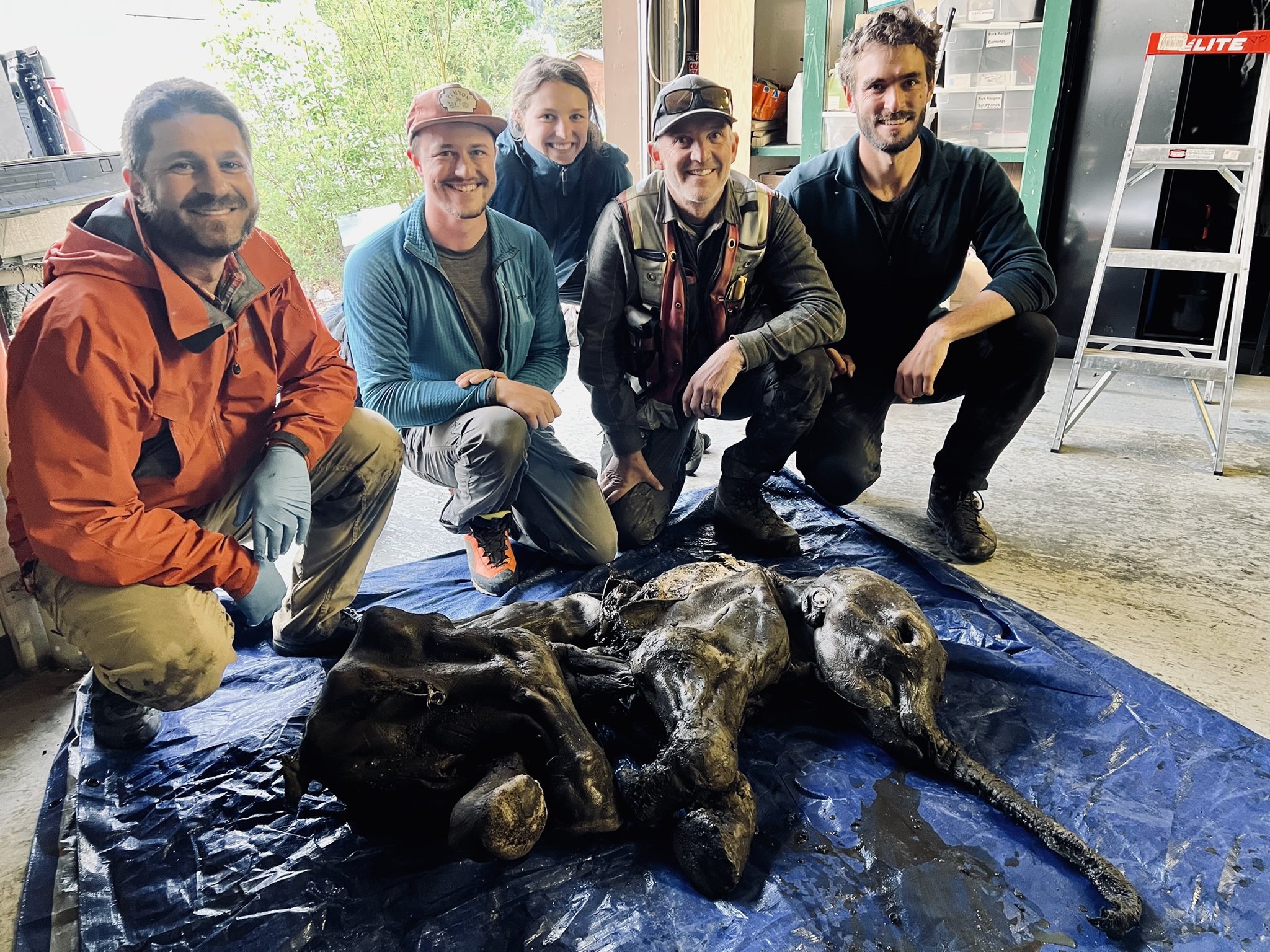 Miners in the goldfields of Klondike in Canada's far north have made a rare discovery, as they found the mummified remains of a nearly complete baby woolly mammoth.

Paleontologist Grant Zazula said in a statement: "This is an amazing animal and one of the most surprising Ice Age mummified animals ever discovered in the world."

The indigenous people of the area called the baby mammoth "Nun Chu Ga", meaning "small of a huge animal." The remains of the baby mammoth were discovered during excavations in the permafrost south of Dawson in the Canadian Yukon Territory, bordering the US state of Alaska.

The Yukon government said the Yukon Territory is known worldwide for its Ice Age animal fossils, but mummified remains with skin and animal fur have rarely been discovered.

It is believed that this animal died more than 30,000 years ago, when woolly mammoths, wild horses, cave lions and giant bison roamed the region.