The American city of New York witnessed the destruction of 900 four-wheel drive cars and luxury motorcycles in a jiffy by bulldozers, amid a large crowd of media and fans. 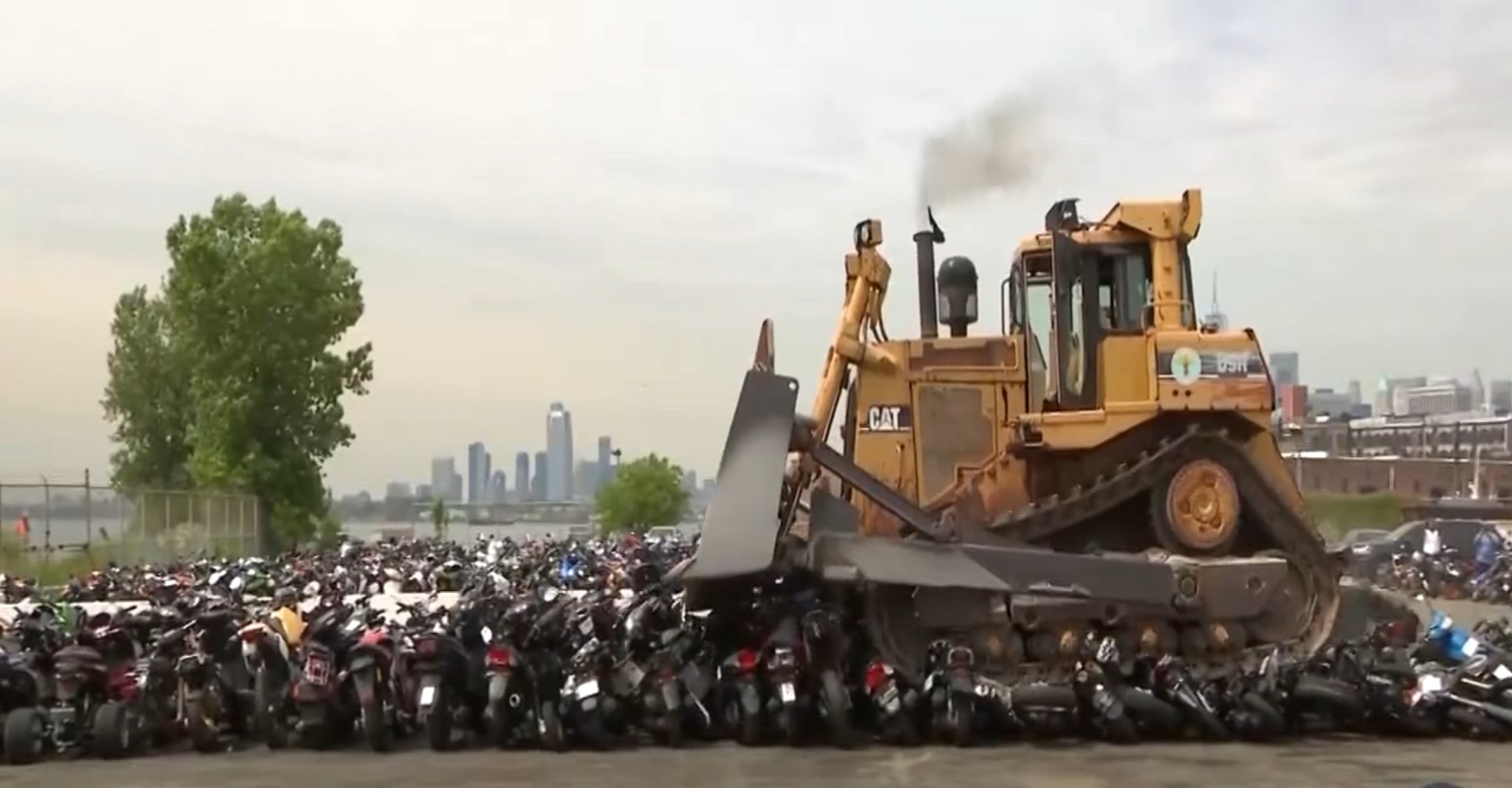 The American city of New York witnessed the destruction of 900 four-wheel drive cars and luxury motorcycles in the blink of an eye by bulldozers, amid a large media and public crowd.

The video showed New York City Mayor Eric Adams waving a flag pushing a bulldozer driver to walk on a pile of luxury engines, while a number of motorcycles and SUVs waited for their turn to crash.

The move came as part of a public safety campaign launched by the mayor of New York City to collect and destroy all illegal engines and remove them permanently from the road to avoid endangering drivers, passengers and pedestrians.

Since January, the New York Police Department has seized more than 2,000 illegal motorcycles, ATVs and dirt bikes, 900 of which were destroyed at the behest of the city's mayor.

The mayor explained that the city chose to destroy illegal motors instead of selling or donating them to make sure they stay off the street, and it is also an ideal way to pressure illegal vehicle dealers to secure them and document their record before selling and launching them on the city's streets and exposing everyone to danger.