French press review Headlines: Borne stays at Matignon, Macron persists and signs Audio 04:04 Emmanuel Macron confirms Elisabeth Borne as Prime Minister, in an interview with AFP on June 25, 2022. © AP / Gonzalo Fuentes By: Norbert Navarro 3 mins Advertising The president told Agence France Presse. “  I have decided to confirm my confidence in Elisabeth Borne  ”. It is up to the Prime Minis 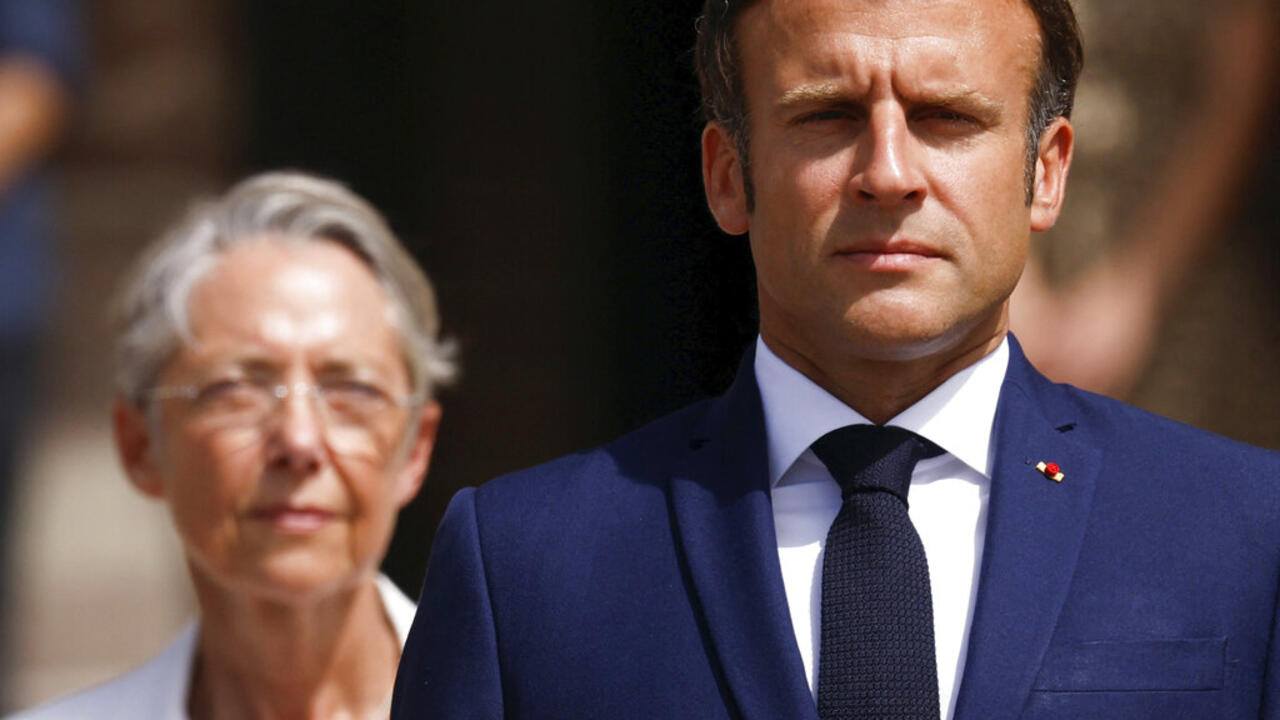 I have decided to confirm my confidence in Elisabeth Borne

It is up to the Prime Minister to find a way to form a government in an arc going from the Communist Party to the right-wing party Les Républicains, excluding, therefore, La France insoumise and the National Rally.

But the French, indeed, are not happy with the Macron-Borne tandem.

According to an Ifop poll for

, 61% of them are unhappy with Emmanuel Macron, and 52% with Elisabeth Borne.

The sinking press for Macron

The weekly press is shipwreck like never before for Emmanuel Macron.

The macronie on the mat, behind the scenes of a disaster

", launches the front page of

In the Lepeno-Melanchonist vice, French tragedy,

” adds that of the weekly

wonders if Macron is “

out of harm's way?

not to add French disorder to global disorder

He will have to face both simultaneously, and he bears his share of responsibility for this misfortune.

Since losing its parliamentary majority on June 19, France has become a political risk for Europe and a major subject of concern for our neighbors and our allies

This president has two obsessions, summarizes

not to be the one who hands over power to a populist or a radical, like Barack Obama welcoming Donald Trump to the White House;

Sure of himself, Emmanuel Macron saw nothing coming.

The belching of a Jean-Luc Mélenchon, proclaiming his imminent arrival at Matignon every day, would, for sure, be enough to remobilize reasonable voters in a last gasp.

” of the president confirms that Macron “

He may have fallen asleep on his laurels

“friendly association of bowlers, without friendship and without balls” –

A united left, a tenfold extreme right, reinvigorated Republicans, a diminished majority: Emmanuel Macron finds himself besieged in the aftermath of a chaotic election.

Especially since the economic context is worrying, underlines

While we were promised

after the Covid crisis, the French economy is sinking back into depression

goes there with her formula: “

The polling stations are burning, and we are looking elsewhere!

Rachel Keke, from shadow to light

The press finally greets the new entrants to the National Assembly.

Among these deputies, Rachel Keke.

, Rachel Keke, a Franco-Ivorian housekeeper who led a strike against the management of the Ibis Batignolles hotel in Paris, is one of those who “

could play a major role for the next five years

the representative of the invisible