Ways of writing - Navigating between hell and paradise in precolonial Africa, with Abdulrazak Gurnah

Originally from Zanzibar, the Briton Abdulrazak Gurnah is the 2021 Nobel Prize for Literature. He is the author of a dozen novels, volumes of short stories and literary essays. The writer was... 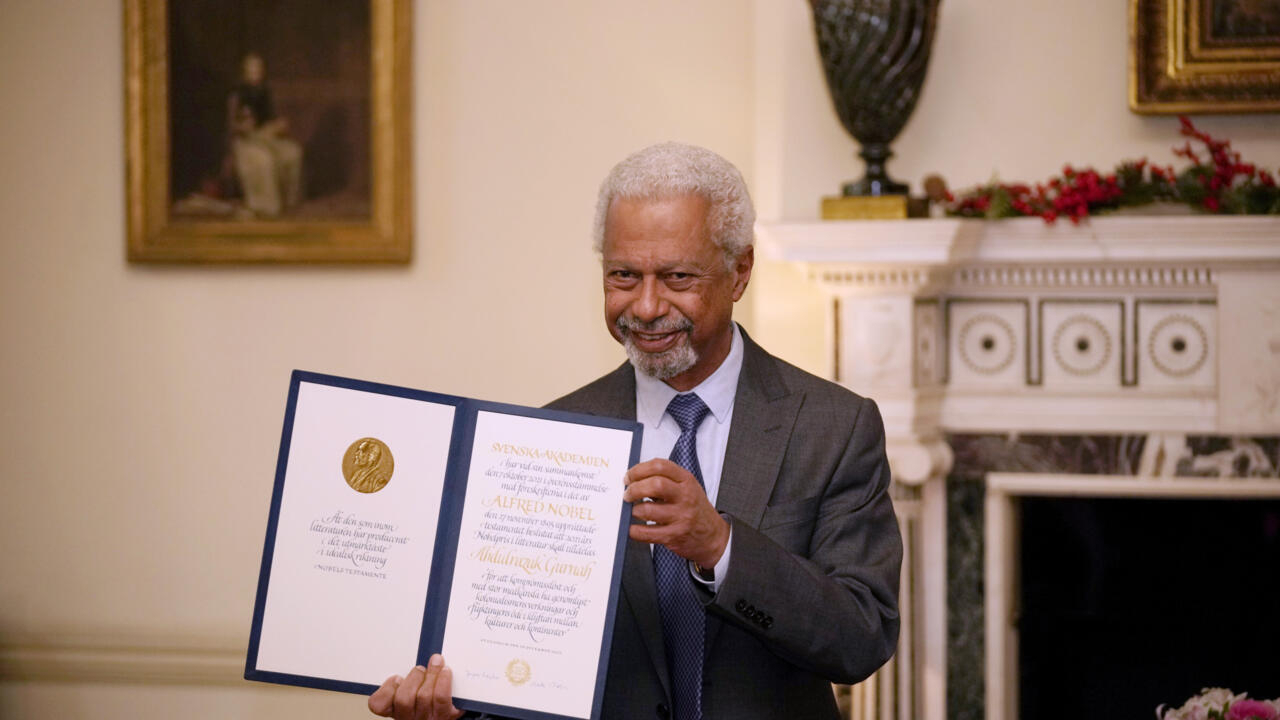 Sailing between hell and paradise in pre-colonial Africa, with Abdulrazak Gurnah

Awarding of the Nobel Prize for Literature to the British novelist of Zanzibarite origin Abulrazak Gurnah.

The Swedish jury praised his "penetrating and uncompromising analysis of the effects of colonialism".

Gurnah is the author of a dozen novels, short story volumes and essays.

Originally from Zanzibar, the Briton Abdulrazak Gurnah is the 2021 Nobel Prize for Literature. He is the author of a dozen novels, volumes of short stories and literary essays.

The writer was recently in Paris on the occasion of the re-edition of his three novels translated into French:

which had been awarded the RFI-Témoins du monde prize in 2007.

Republished in French by the Parisian publisher Denoël and elsewhere,

, are three mature novels from the Zanzibar Nobel Prize.

and the narration all in folds and folds borrowed from the great masters of English letters, from Shakespeare to Rushdie, whom the novelist has long taught in parallel to his career as a writer.

The man is retired from the University of Kent, in Canterbury (England) where he served for almost twenty years as a professor of English and postcolonial literature.

It was in 1968, when he was 18, that Gurnah arrived in England, fleeing his native island of Zanzibar, in the midst of post-independence turbulence.

According to the author, writing was born during these first years of exile when he kept his diary to tell the nostalgia of the country, confiding in the white pages his frustrations, his despair in the face of a British hospitality rather harsh.

At the time, the ambition to become a writer seemed so out of reach to me that I didn't dare talk to anyone about it for several years,

Saying I want to be a writer seemed as outlandish a proposition as wanting to be an astronaut!

The proposal was not ultimately as extravagant as that, as evidenced by the Nobel Prize for Literature which came to crown this life dedicated to writing.

Today, there are ten novels to the laureate's credit, as well as short stories, volumes of essays on literature and a Rushdie dictionary, entitled

, which is very popular among students of letters overseas. Sleeve.

If the first novels of Gurnah, published from the end of the 1980s, are inspired by the autobiographical experience of the author, the dramas of migration and exile, the work becomes, along the way, more sophisticated and ample, with individual stories inscribed within the traumas of History.

The Swedish jury praised his "

A somewhat simplistic commentary, which the author sometimes likes to qualify by drawing attention to the thousand other dimensions of his fiction.

I like to believe that my books are also about human relationships.

They tell how people live, how they learn to forgive, to be generous, without forgetting brutality and cruelty.

I don't just write about imperialism and colonialism.

I explore the injustices perpetrated against children, against women, the humiliations we inflict on others.

You know, novels are complex artifacts, which act on multiple dimensions.

Story of exile and memory

, which in 1994 was on the short list of the Booker Prize (British equivalent of Goncourt), is a wonderful illustration of the novelist's narrative art.

It is a story of exile and memory, where the action is coupled with a reflection on the here and now.

His narration proceeds by strata and sedimentation, mixing the small and the big story.

, the story is told from the point of view of a 12-year-old teenager, named Yusuf, who leaves his native village to go live in the city where he reluctantly learns about the corruption of the world. .

The teenager will learn that his parents have sold him to a pawnbroker whom he has long called “my uncle”.

The theme of the novel is the loss of innocence, against a backdrop of violence and loss of bearings specific to periods of great socio-political upheaval.

Set in coastal East Africa at the end of the 19th century, Yusuf's story brings together the dying pre-colonial world and the arrival of Europeans in Africa.

It is the twilight of the cosmopolitan civilization of caravans and coastal towns interconnected by trade.

This region of East Africa where I set my stories is connected to other coastal countries, namely the Somali coast, the Saudi coast, the Middle East, the states of Western India which are with a vast frontage on the Indian Ocean,

The coastal civilization of East Africa is mixed, with Arab, Indian, Somalian components... The societies from which my characters come are bearers of these mixed cultures.

They are cosmopolitan, fertile cultures, whose origins go back a long way in history.

Making them known to the general public was my main motivation for writing the novel Paradis.

a novel with an ironic title, takes place.

The Paradise of Gurnah is riddled with the corruption of souls.

Gurnah also breaks with the myth of paradise of postcolonial negritude, by staging a trading expedition where Yusuf's caravan is taken over by hostile tribes and slavers.

has been compared to

The story is not reduced here, however, to the seriousness of the remarks on the civilizational changes and the devastations which accompany them.

A storyteller at heart, Gurnah knows that a novel must also appeal and reflect life in all its amplitude so that its message can touch the hearts of its readers, as the writer explained in his acceptance speech for the Prize. Nobel last December.

Novelists cannot fill their pages by recounting only debates and polemics, however stimulating and reassuring they may be.

Insofar as fiction aims to explore human experience in its entirety, it is difficult to miss love, hate and our daily hypocrisies.

So I, too, wrote about the different aspects of life.

I tried to do it as honestly as possible so that both ugliness and virtue emerge and the human emerges, who is too often a prisoner of simplifications and stereotypes.

When the mayonnaise sets, beauty is sometimes there.

Beauty is indeed there in the pages of

where the poetic narration of History by Gurnah, through stories of learning about the world as it goes or does not go, keeps readers spellbound for a long time. after the end point.

Translated from English by Anne-Cécile Padoux.

Translated from English by Sylvette Gleize.

Translated from English by Sylvette Gleize.