The authority confirms and the opposition is skeptical.. Is there someone targeting the life of Qais Saeed?

Lawyer Samir Ben Omar, a former member of the National Constituent Assembly, responded to the Tunisian Ministry of the Interior's statement regarding the targeting of the president's life, that the more the authority tightened its grip, it resorted to maneuvers and fabricated scenarios. 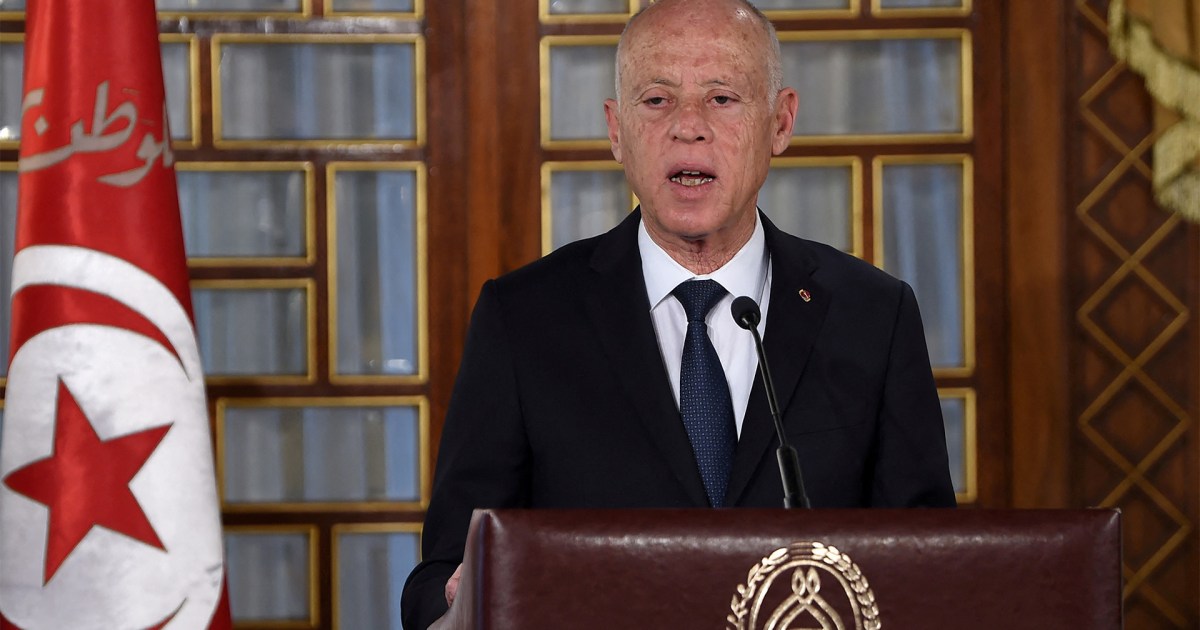 Ben Omar questioned the authenticity of the information announced by the Tunisian Ministry of Interior - in an exceptional press conference held today, Friday at its headquarters in the capital, Tunis - regarding the existence of a terrorist plot to target the life of the country’s President Qais Saeed, and that these threats are great, stressing that it arrested 3 people from the “Namaa” association. The association was accused of receiving funding from abroad.

While noting that it was the fourth or fifth time that the authorities announced an assassination attempt on the president, Ben Omar wondered - in his speech to the 24/6/2022 episode of the "Beyond the News" program - about the fate of the previous announcements and the reason for not revealing the findings of the investigations regarding them.

He added that what the Ministry of Interior announced is a matter related to national security, but the authorities did not deal transparently with the issue, and did not provide public opinion with details about it, and even the journalists who were present at the ministry's press conference left without providing them with data confirming the seriousness of the allegations revealed by the Ministry. Tunisian interior.

Fears of a wave of arrests

In response to a question about whether the disclosure of threats to the life of the president raises fears of a wave of security arrests that may affect opponents, the Tunisian lawyer confirmed the existence of such fears, because the announcement of the Ministry of Interior comes in the context of a political crisis that the country is going through, and in light of the authority's efforts to end isolation imposed on it in any way, in addition to the arrests of political figures.

As for academic Dr. Rabeh Al-Kharaifi, a former member of the National Constituent Assembly, he has another vision. He said that the statement of the Ministry of the Interior is a revelation of the initiation of criminal acts, and it differs from previous statements regarding the threats received by the President of the Tunisian Republic, hinting that the aim of the announced scheme is With the aim of confusing the issue of the new constitution proposed by President Said and hitting Tunisian tourism.

The Tunisian guest demanded strict security measures to protect Tunisians, stressing that even a politician has no immunity if he commits criminal acts.

Life/Entertain 2022-07-01T17:07:16.422Z
Qais Saeed and the Wolf.. A series of assassination attempts
News/Politics 2022-05-02T06:10:29.830Z
Presented to a referendum on July 25 next.. President of Tunisia: Formation of a committee to draft a new constitution for the country
News/Politics 2022-06-17T22:25:41.315Z
Tunisia..a military court sentences the head of the "Dignity Coalition" party and Ennahda Movement to prison, denouncing "violence" against the opposition
ADS
News/Politics 2022-04-22T17:54:44.069Z
President of the Tunisian Electoral Commission: We reject changing the current structure and amending the electoral law by presidential decrees and orders
News/Politics 2022-06-03T10:32:34.754Z
A question and answer on the source of his influence.. Qais Saeed among those who resented the previous ruling and relied on state agencies
News/Politics 2022-05-18T18:49:45.089Z
Tunisia.. Said discusses preparations for the referendum, and the head of the Peasants' Union refuses to withdraw confidence from him
News/Politics 2022-02-21T11:06:52.946Z
Ghannouchi to Al Jazeera Net: I call on the president to abdicate, and it is shameful to use the blood of two martyrs to legislate the coup and attack the judiciary
News/Politics 2022-07-07T19:10:16.337Z
Freezing the accounts of Ghannouchi and the leaders of the Renaissance.. Timing justifies the decision
News/Politics 2022-06-20T11:33:00.736Z
In the wake of demonstrations rejecting the referendum, anticipation for the Tunisian President to receive today the draft of the new constitution