Ibai Llanos has broken the record for Twitch viewers this Saturday and has exceeded 3.3 million viewers. The Basque streamer has broken all the statistics in the second... 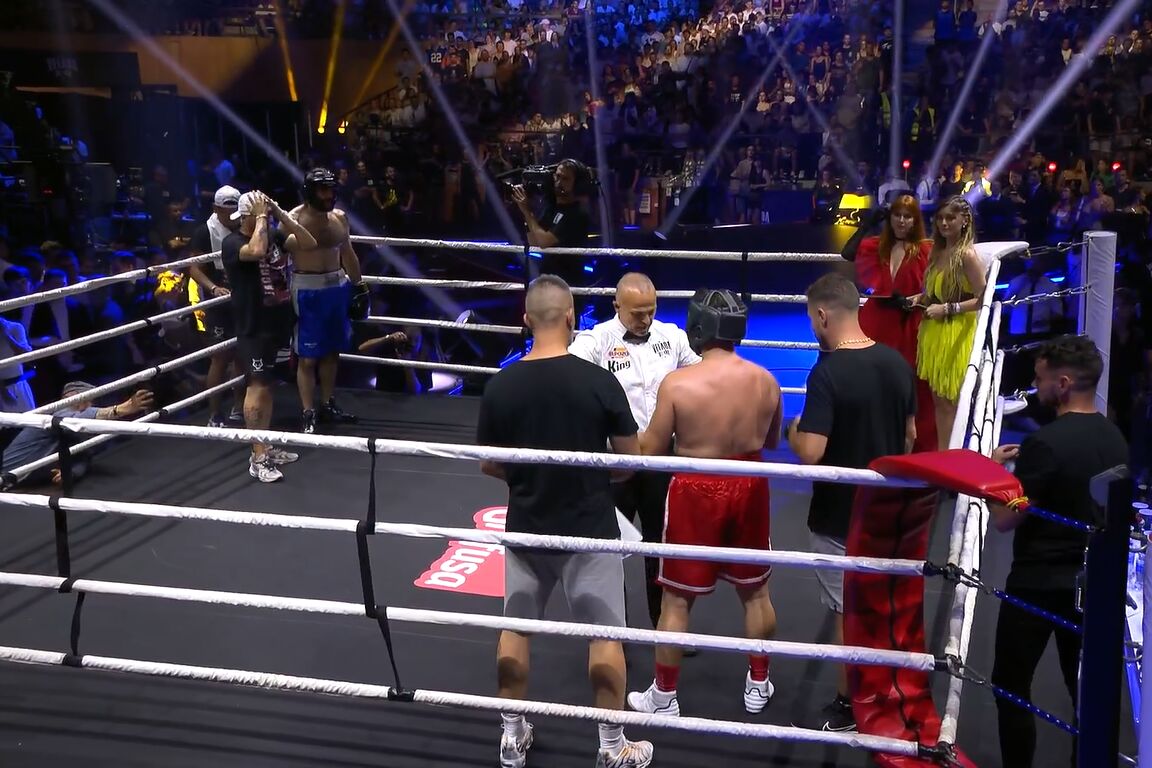 has broken the record for Twitch viewers this Saturday and

has broken all the statistics in the second edition of "

The evening of the year

For several months, different personalities from the online world have been preparing for this event that has taken place in the Badalona Olympic Pavilion and

has brought together 12,000 people

in person and more than 3.3 million devices.

"The evening of the year", for someone who is not very into the world of

, it could be a concert, a sporting event or a gala with a red carpet.

And it would not be so far from reality, all this has been brought together by the commentator in an afternoon that, in part, has been marked by

technical failures in the photocall and sound

once inside the stadium.

At 5:30 p.m. the live broadcast began with more than a million and a half viewers waiting for the celebrity outfits.

The brief appearance of

on the screen has caused euphoria in the viewers, although this moment has not shone as much as it could due to the fact that it has continued with the interview of other guests instead of focusing on the Puerto Rican.

One of the most anticipated moments of the afternoon has been the appearance of Ibai, who has not been long in coming on the red carpet, for his statements about the

concern that his outfit generated in him:

"It is something that generates a little insecurity and the truth is that I am very tired of constantly having to put up with comments about my physique, about how I am dressed. It is very tiring".

The Basque has dressed a jacket and as an accessory he has carried a cane.

On the red carpet they had already exceeded the numbers of last year's event and Ibai has celebrated it with a tweet.

At that time, while footballers, singers, influencers

continued to pass through the photocall , few followers doubted that the record held

would be broken before the evening was over .

two and a half million live viewers

while presenting a skin in Fortnite.

The event has started with the performance of

, with sound failures in the mixes.

After this they have fought in the boxing match, which has been refereed by the international Salvador Salva Rodríguez, the Catalan

After three even rounds, the judges have decided that the winner has been the Catalan.

This result has been a surprise, since in recent days most fans took the Galician's victory for granted.

At this point in the evening, TheGrefg's record had already been broken and it only remained to see what figure the new brand would take.

has faced the Madrilenian

and the first has won with a great difference.

Arigameplays has stated: "I did not imagine that she was going to come out like this, but from the first training they told me that she was a kamikaze".

Before starting the fight between

The fight between the two

has been more violent than the previous ones and, in the first round, Momo has ended up bleeding.

As a rule of the sport, if the wound does not close, the fight is over and this is the reason why Viruzz came out the winner.

have been among the most anticipated of the night.

At 21:40 the confrontation between

Luzu had traveled from the United States along with his wife and his son for the fight.

In the first round, the Los Angeles-based

injured his leg and had to leave the ring.

Luzu has stated: "I'm sorry I couldn't finish the fight, I assure you that it is what I have wanted most in the last four months."

has commented that two weeks ago he had had a fiber break.

The two combatants have left the door open to face each other again in the next edition.

A few weeks ago the news broke that David

was going to participate in "The Evening of the Year."

Many fans of the singer have been aware of the fight.

to put an end to the event.

Shortly before starting a spontaneous he has sneaked into the ring and security had to intervene.

Mr. Jägger has dominated the first two rounds and after several blows the Cantabrian has ended up leaving by

"I am very tired but also very happy, it was an incredible challenge, I hope they appreciate that at 40 years old I stand in front of this tower," said the singer.

A record of all

At the end of the evening, Ibai stated that the record was not only his but that of "the entire community, both from Spain and Latin America" ​​and thanked all the people who have been behind it.

At all times it has been commenting on who could participate in next year's edition.

One of the most anticipated confrontations is that of

who has invited the American

has accepted the challenge.