The rainy season front, which has been raining more than 100mm in the central region since yesterday, has now gone down to Jeju Island. The inland will see a drizzle of monsoon rain, but it will continue to rain on Jeju Island. 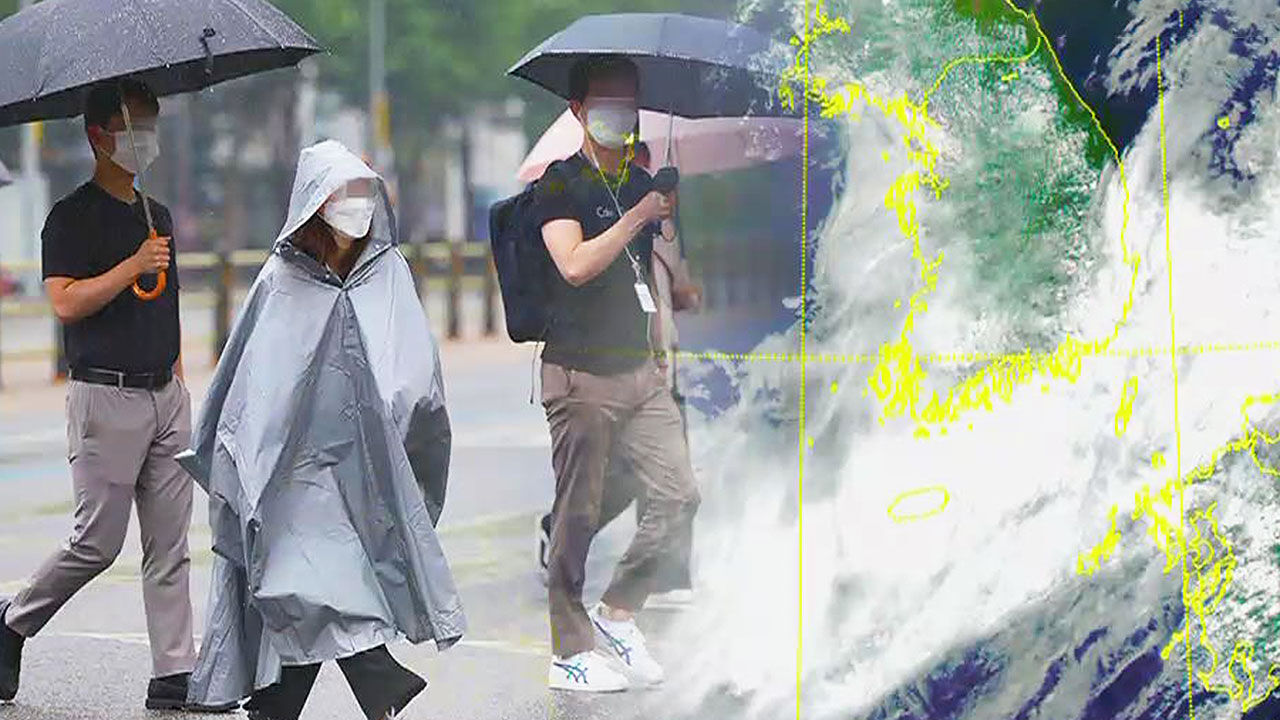 Since yesterday (23rd), the rainy season front, which has rained more than 100mm in the central region, is currently going down to Jeju Island.

The inland will see a drizzle of monsoon rain, but it will continue to rain on Jeju Island.

Yes, this rainy season was very noisy from the start.

As you can see, a lot of rain was concentrated mainly in the central part, and 173mm of heavy rain fell in Gapyeong, and accumulated precipitation of more than 150mm was recorded in Seoul.

The rainy season front, which had rained so much now, went down to Jeju Island.

As a result, the rain in the inland has stopped, but heavy rain has fallen on Jeju Island and most of the heavy rain warnings are in effect.

Rainy rain will continue on Jeju Island over the weekend.

It will rain at most 120mm or more, and it will stop with a little more sporadic rain on the southern coast today.

Inland, the rainy season is showing a calming state, but due to the unstable atmosphere, there may be a loud shower once again in the afternoon in the eastern part of Gyeonggi-do and the Yeongseo region.

The weather will be muggy.

Today's Seoul daytime temperature of 27 degrees and humidity will add to it's frustration, and a heat wave advisory has been issued again in Gyeongbuk and the east coast, and a heat wave of around 33 degrees is expected to rise.

The rainy season will affect Jeju Island over the weekend and the central region again early next week.