With the onset of the rainy season, heavy rain fell across the country, centering on the central region today. It is said that heavy rain will continue until tomorrow morning, so be prepared to avoid damage. 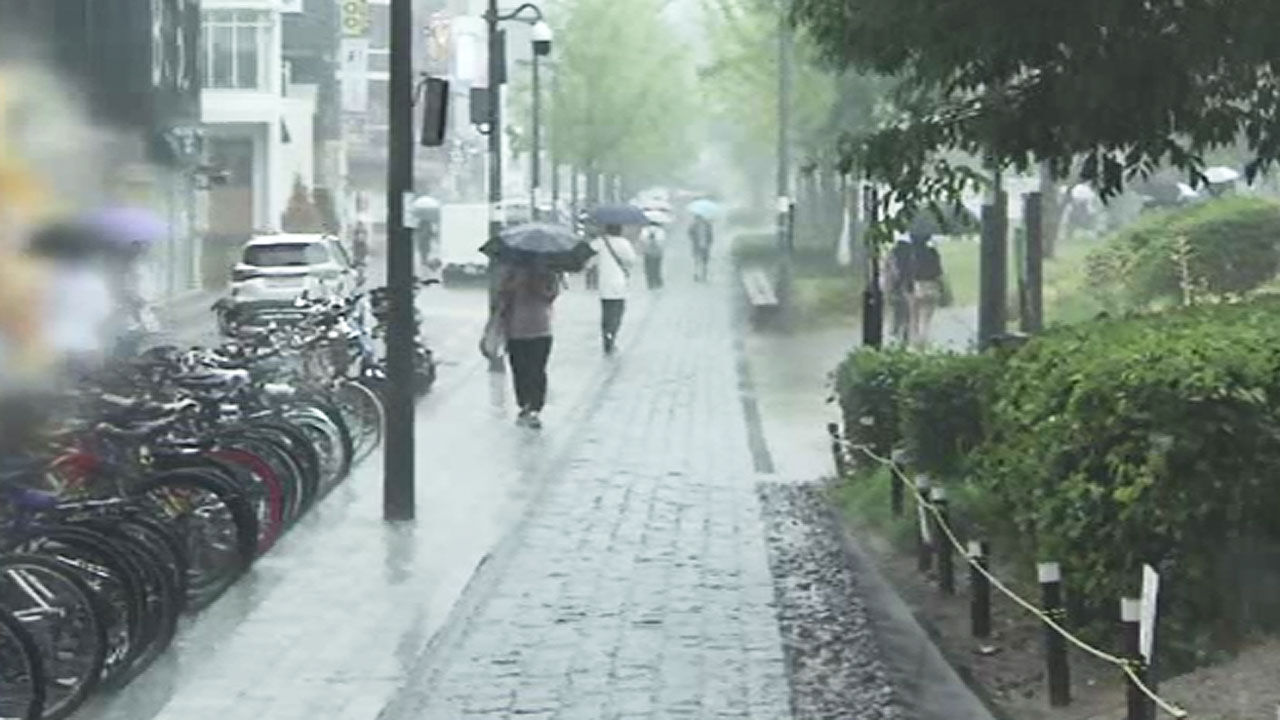 As the rainy season began today (23rd), heavy rain poured down across the country, mainly in the central region.

It is said that heavy rain will continue until tomorrow morning, so be prepared to avoid damage.

Heavy rain is pouring down hard.

I pull the umbrella I'm holding and try to use it, but that doesn't stop the clothes from getting wet.

Those who shared umbrellas had to open their umbrellas separately in the pouring rain.

[Jeong Chan-young / Seo-gu, Gwangju: I came on a trip, and if it rains, my clothes get wet and my schedule is disrupted, so I hope it rains less.] The rainy season

started mainly in the central region.

50mm per hour once in Incheon.

In Gangwon, too, heavy rain of 40 mm per hour was concentrated.

More than 100mm of rain has already fallen in northern Gyeonggi and Incheon.

Heavy rain warnings have been issued for some areas in the metropolitan area, Chungcheong, and Gangwon, and are expected to expand to Honam and Jeju overnight.

It rained due to the influence of low pressure and the rainy season front passing through the northern part of Korea. More than 100 mm of rain was forecast for Honam and Jeju Island, and up to 100 mm for other central regions.

The government urged preparedness, saying that this rain will relieve the drought, but there is a risk of soil leakage or landslides due to heavy rain.

After the rain stops, a heat wave will come.

During the weekend, hot weather of over 30 degrees was predicted, mainly in Chungcheong and southern regions.

As warm water vapor flows in from the lower atmosphere, the sensible temperature will be higher.

After that, as the North Pacific high pressure expands and pushes the rainy season front, it will rain again in the central region at the beginning of next week.