Erdogan's surprising support for those who doubt the Alevitism of Kılıçdaroğlu

Halil Ibrahim Ural, deputy of the Good Party in Ankara, stated that the Sunni majority in the country will not vote for Kemal Kilicdaroglu, given that he is an Alevi, and this will be a major negative for him from the beginning in the face of Erdogan. 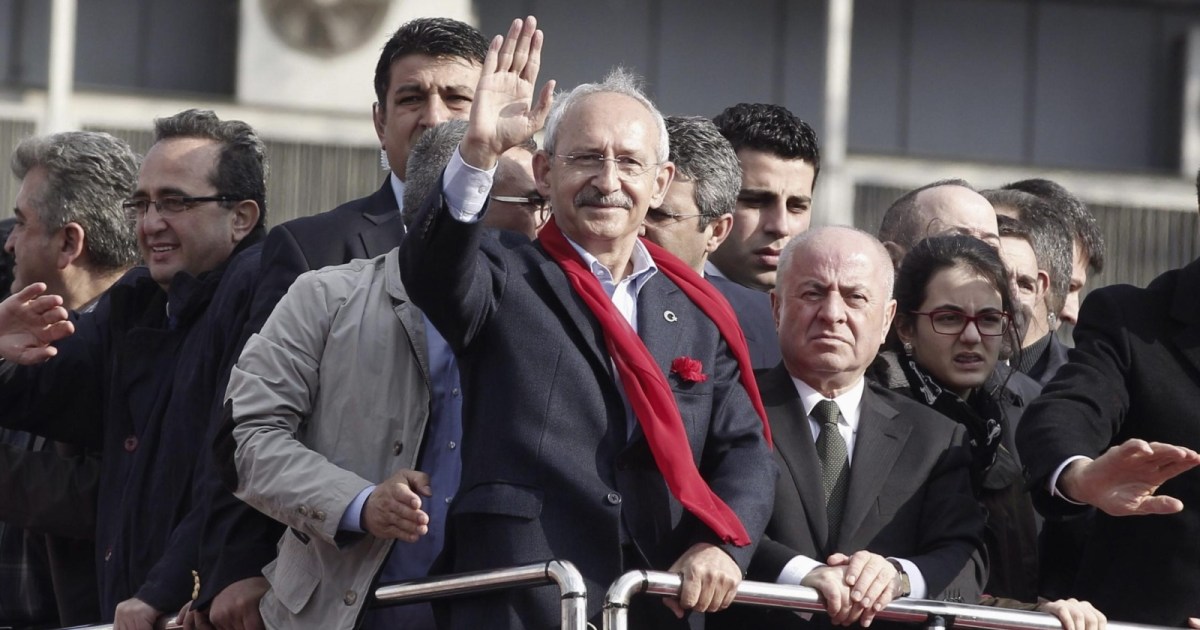 In these days when the presidential elections in Turkey are entering their last year;

It is not yet clear who will compete against President Recep Tayyip Erdogan, who is known to have run for a long time. We have already mentioned the difficulties faced by the opposition coalition in this regard.

Whereas, the nomination of any of the six party leaders was not approved by the other parties.

Either each will be a candidate, and the others will then agree on who will get the most votes in the second round election.

In fact, everyone knows what the outcome will be in the first stage of this game, where Kilgdaroglu, the leader of the Republican People's Party - as the largest opposition party - will qualify for the second round.

If such a principle is agreed upon, it seems at first glance that there will be no problem, but the interesting thing is that the other members of the table will in the end have rejected the possibility of one of their partners winning outright, but - as a pretext for this rejection - they do not declare They do not want him, but are talking about that he will not be able to get more than 50% of the people's votes in the second round against Erdogan.

Just as we protect the law and the rights of 85 million people even at the cost of our lives when necessary, we will not allow three or five ignorant people to infringe the right of the leader of the main opposition party, it is enough for you to be brave, to be kind, to be honest, to be frank, and we will stand by you .

We will not allow the dreams of any of our citizens to be suppressed, it is enough to be a candidate.

In fact, this also seems to be an acknowledgment that the voting base that their alliance claims to represent, will not create the alliance on its own, and this acknowledgment is a real acknowledgment, as a compromise between the parties to the table does not mean mathematically adding the votes they each receive to each other.

Recently, however, the words of one of the Good Party MPs - one of the partners at the table - fell like a bomb on the main scene;

This is about the reason why Kilgdaroglu was not able to obtain 50% of the people's vote;

Where Khalil Ibrahim Ural, deputy of the Good Party in Ankara, stated - on a television program - that the Sunni majority in the country will not vote for Kemal Kilicdaroglu due to his being Alevi, and this will be a major negative for him from the beginning in the face of Erdogan.

In fact, these words may have been a slip-of-the-tongue admission of what the table members were thinking and not saying.

In fact, this is one of the reasons in the minds of the coalition partners that Kilgdaroglu could not get the votes of the entire nation coalition, but no one can admit this.

Besides there are legal obstacles in making policy based on the ethnic or sectarian origins of people in Turkey, there are also social norms that make it difficult to talk about the subject, which is why Iyi Party chairwoman Meral Aksener and her other partners directly entered the race to right the wrong and apologize for the These are the words that one of their representatives uttered, and he said the truth that crossed their minds but they could not say.

In fact, they all consider Alevi Kildaroglu to be an obstacle to obtaining the support of a sufficient number of people, which they also consider as one of the justifications for objecting to his candidacy for the presidency.

What is interesting about this topic is that no one from the AKP has yet raised the issue of Alevi Kildaroglu or any other politician in their political criticism of him. On the contrary, the AKP has set the matter to guarantee the self-identity of the Alevis and grant them freedom Expression has been at the center of editorial politics from the start, and the party may have been wary about giving Alevi friday houses the status of “places of worship,” but it has also advocated that Alawites be given all the rights granted to other sects and sects, so that they could practice their own beliefs.

The non-recognition of places of worship was never seen as discrimination against Alawites, on the contrary, if Friday houses were given the status of houses of worship, the Alawites would be seen as a religion other than Islam, because when the synagogue, the church, the mosque, and the mosque were mentioned, the community would be considered to Alevi directly as a separate religion.

In fact, one of the Alawites' biggest complaints is that Sunnis do not view them as Muslims.

Out of its respect for Alawites who consider themselves Muslims, the AKP defines their Friday houses as hostels and not temples, and considers Alawites - as most Alawites view themselves - as Muslims, and the AKP has carefully read the results of many Alevi workshops Held during his reign, all Alawi spokesmen were heard.

Never in the history of the Alawites had the Alevis been treated this way by the state, they had never seen such respect, while the CHP ignored their identity and included them in it;

Until the Republican People's Party - which oppressed all sects and groups in the past - became the most unjust party of the Alevis in their history.

While Alevi Kildaroglu was seen as a problem even within his own party and alliance, President Erdogan, on the contrary, supported him on this issue, and declared that he would never allow himself to be discriminated against in this regard, and Erdogan made it clear that they would not allow anyone to be marginalized based on On his identity, he said: "If someone threatens you based on your identity, this has a solution. Turkey under the rule of the Justice and Development Party is a country that guarantees equal citizenship to everyone. We will not allow anyone to be marginalized in this country."

He also added: “Just as we protect the law and the rights of 85 million people even at the cost of our lives when necessary, we will not allow three or five ignorant people to violate the right of the leader of the main opposition party, it is enough to be brave, to be kind, to be honest, to be frank. We will stand by you. We will not allow any of our citizens to be stifled, it is enough to be a candidate."

Kilgdaroglu's problem is not that he is an Alevi, but that he is from the Republican People's Party

Thus, Erdogan reminded that the AK Party has taken steps in the way of spreading democracy on a larger scale, and achieving a society based on the principle of equal citizenship and freedom of belief.

Regardless of their religious or ethnic identity, everyone in Turkey is equal citizens of a democratic country, and everyone should be able to benefit from the rights granted by the constitution without compromising their faith, identity and personalities.

Basically today, the Alevi identity is never an issue for Kilgdaroglu to become a presidential candidate.

For example, if the CHP's head is not Kılıçdaroğlu as an Alevi, but someone else - for example the Sunni Deniz Baykal - would his candidacy be more acceptable?

The problem is not with Kılıçdaroğlu's Aliyah;

Rather, it is - and above all - represented in the position of the party he heads in the eyes of society.

Is that his political rhetoric and his personal profile are still not able to get close enough to Erdogan, that is, there is no success story that can come close to Erdogan in one way or another, and he is not seen as a weight with which Erdogan can compete.

Otherwise, the reforms, initiatives and social transformations that we witnessed during the AKP era, should have enabled us to overcome the Alawite problem.