US war in Ukraine | (3) Towards changing the world order

China is developing new intercontinental ballistic missiles, which will significantly improve its nuclear-capable missile forces, and this will require increased production of nuclear warheads. 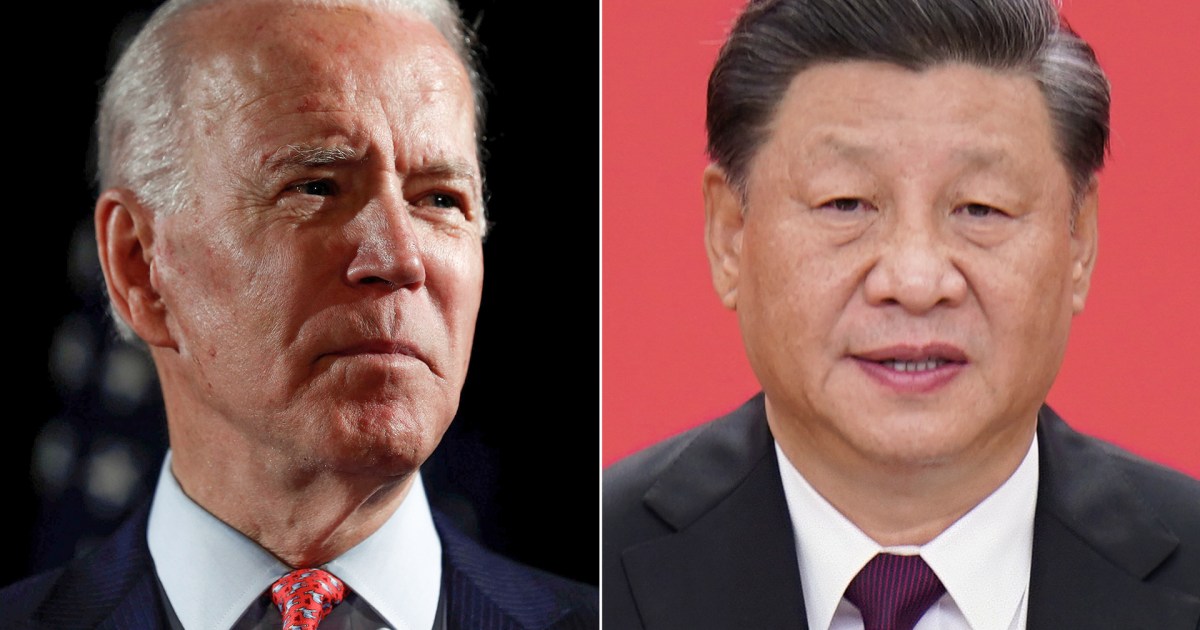 The annual report prepared by the US Department of Defense on China since 2000 and submitted to Congress is the official assessment by the US government of military and security developments related to China, and is prepared in coordination with all other departments and agencies of the US government, and this means that the information contained in it is public or classified It is taken very seriously.

In light of these reports, China is the only country that poses a threat to the United States, and has become superior to it in many aspects. It has the largest army in the world, and perhaps the largest military expenditure, and is preparing for a strategic war that combines conventional, nuclear, space, electronic, information, communication and psychological power. And it aspires to change the world order, to be one of the main poles in a multipolar world, putting an end to the uniqueness of the United States in leading the world.

The capabilities of the Chinese military are by far the strongest within the first island chain, although China has begun deploying important capabilities capable of conducting operations outside the second island chain, and seeks to enhance its capabilities far beyond the Pacific Ocean, all over the world.

In the previous article, we discussed a number of China's strengths, which were monitored by the US Department of Defense report for the year 2021. These aspects dealt with China's national strategy, its reflection on foreign and economic policy, its military strategy and its intersection with the civil, economic, security and electronic fields.

The following are the rest of the aspects dealt with in the report, which made the United States of America re-calculate and arrange its priorities, and seek to rebuild its alliances and partnerships at the world level.

In October 2019, China signaled the return of the airborne station, after it publicly revealed its first refueling-capable air launcher.

China is developing the nuclear and conventional strategy for its missile forces, and is working to enhance its "strategic deterrence" capabilities.

China is also developing new intercontinental ballistic missiles that will significantly improve its nuclear-capable missile forces, and this will require increased production of nuclear warheads.

China has embarked on building at least three solid-fuel silo fields of ICBMs, which will cumulatively contain hundreds of new ICBMs.

In 2020, China began launching its first operational hypersonic weapon system, and over the next decade China will invest in and expand a number of its land, sea and air nuclear delivery platforms.

China supports this expansion by increasing its capacity to produce and separate plutonium by building fast breeder reactors and reprocessing facilities.

The accelerated pace of nuclear expansion could enable China to possess up to 700 deliverable nuclear warheads by 2027, and possibly as many as 1,000 by 2030, which exceeds the rate and size of the capabilities estimated by the US Department of Defense in 2020. .

The Chinese military continues to develop its field capabilities to provide options for it to discourage, deter, or defeat third-party interference in large-scale campaigns, such as the emergency in Taiwan.

The capabilities of the Chinese military are by far the strongest within the first island chain, although China has begun deploying important capabilities capable of conducting operations outside the second island chain, and seeks to enhance its capabilities far beyond the Pacific Ocean, all over the world.

In addition to strike operations, air and missile defense, and improving anti-surface and anti-submarine capabilities, China is focusing on information, internet, space, and directed energy operations that will improve its cyber operations capability over the coming years.

Based on the information available, the United States cannot certify that China has fulfilled its obligations under the Chemical Weapons Convention, due to concerns about its dual-use research.

The growing global presence and activities of the Chinese military

China's leaders believe that its global activities are necessary to create an international environment conducive to China's national rejuvenation. The Chinese Communist Party has tasked the People's Liberation Army with developing the ability to project power beyond China's borders and its immediate surroundings, to secure China's foreign interests and advance its foreign policy objectives.

In 2020, an amendment to the National Defense Law mandated the Chinese military to defend China's "overseas development interests", enhancing the military's participation in China's global economic and diplomatic activities.

The growth of China's foreign interests over the past two decades has prompted the military to think about how to develop its capabilities to operate outside China's borders and immediate surroundings, and this has led to an increase in China's desire to use military coercion - and temptations - to enhance its global security and development interests.

In 2020, the Chinese military continued to normalize its presence abroad and build closer relations with foreign militaries, primarily through aid related to "Covid-19." Besides its base in Djibouti, China is seeking to establish a more robust logistics infrastructure and overseas bases, to allow It is possible that China has considered a number of countries, including Cambodia, Myanmar, Thailand, Singapore, Indonesia, Pakistan, Sri Lanka, the United Arab Emirates, Kenya, Seychelles, Tanzania, Angola and Tajikistan, as sites for installations Chinese army.

The global military logistics network of the Chinese army and its facilities can interfere with US military operations, and support offensive operations against the United States, especially with the development of China's global military objectives.

The Chinese military has emphasized the development of the "three wars" concept, consisting of psychological warfare, public opinion war, and legal war, since at least 2003.

It will likely continue to develop its capabilities for digital influence by incorporating advances in artificial intelligence to improve the quality of its messaging.

China has continued to move at the highest level, to master advanced technologies and become a global innovation superpower, directly supporting its ambitious efforts for the Chinese army to become a "global" army capable of "smart" warfare, and China's 14th Five-Year Plan maintains the focus on technological independence and innovation In the areas related to the Fourth Industrial Revolution.

China is also investing and seeking technologies that will be the basis for future commercial and military innovations including artificial intelligence, robotics, autonomous vehicles, information science, augmented and virtual reality, fintech, and biotechnology.

These technologies blur the line between commercial versus military use.

The Pentagon's China Report for 2021 notes that the Department of Defense's ongoing defense communications and exchanges with China in 2020 prioritized crisis prevention and management, risk reduction, and limited cooperation in areas where national interests align.

In 2020, the US-China defense relationship focused on building a framework with the Chinese military to advance the Ministry of Defense's goal of creating a constructive, stable, and targeted defense relationship with the Chinese People's Liberation Army, leading to greater stability, by prioritizing channels of policy dialogue and strengthening mechanisms to prevent and manage crises and reduce operational risks.

Within this framework, the frequent meetings at the level of the leadership of the two countries, the ministers of foreign affairs and defense and the specialized military committees, but these meetings are considered maneuvering and exploration of intentions rather than meetings of cooperation, integration or discussion of common interests, as they are held between two contradictory parties in the political and intellectual system. They are militarily fiercely competitive, and each does not hide their hostility to the other, and their view of it as a threat to the stability of the global system.