After Al Jazeera published a picture of the bullet that killed it.. Sherine Abu Akleh, the talk of the communication platforms

The “Sherine Abu Aqleh” hashtag has returned to the top of social media platforms in the Arab world, after Al Jazeera published a picture of the bullet that killed colleague Sherine. 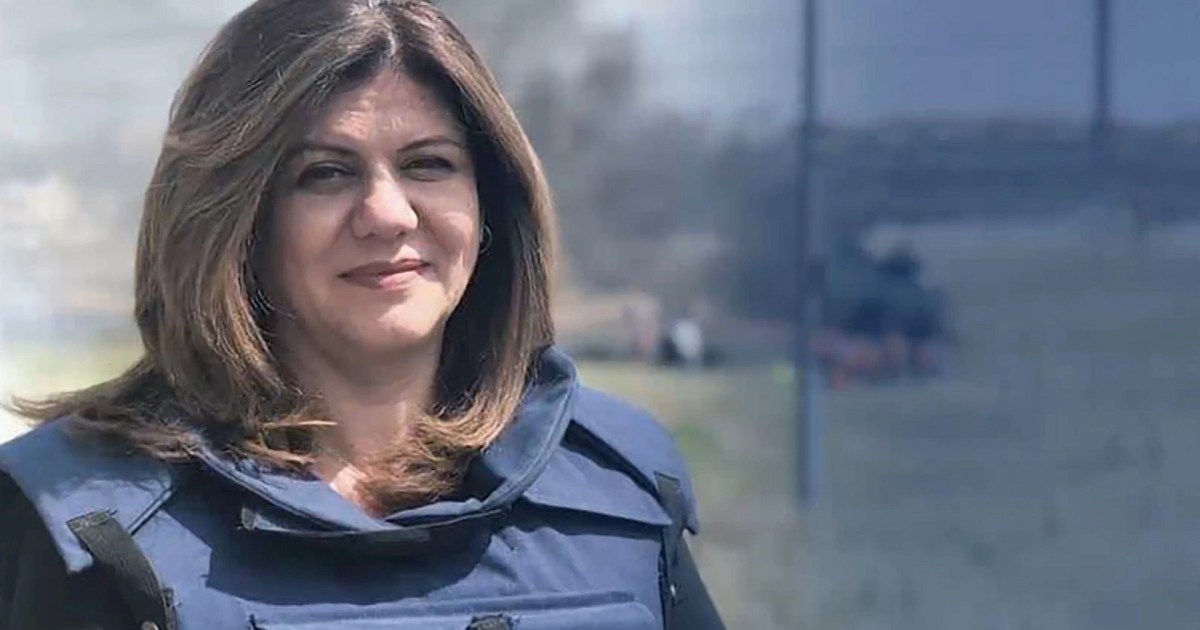 The Eighth Bulletin - your publication (06/17/2022) monitored the confirmation of military experts in an investigation by Al-Jazeera that the bullet with which reporter Shireen Abu Aqila was killed was of an armor-piercing type, and was used by the Israeli forces.

The pioneers of digital platforms interacted widely with the Al-Jazeera investigation, which presented for the first time the image of the bullet that targeted colleague Sherine, amid calls for those involved to be held accountable and the perpetrators to be punished.

The "Shirin Abu Aqleh" hashtag was the subject of many and wide reactions, all of which were unanimously agreed that all the investigations that have been conducted so far refute the Israeli narrative and reveal those involved in the assassination of Abu Akleh.

Al-Jazeera's investigation presented a picture of the bullet that was assassinated by colleague Shireen Abu Aqleh, and military experts indicated that the bullet used was of the armor-piercing type, a caliber of 5.56 mm and used by the occupation forces, and it was fired from a "M4" rifle.

The investigation had conducted a simulation using 3D technology to learn more about the type of bullet used, its caliber, and the type of guns fired from it.

Commenting on Al Jazeera's investigation, Mahmoud Aladdin confirmed that Al Jazeera repeatedly confirms that Israel was the one who killed Shireen. She was deliberately killed and she will not hesitate to demand justice, a new investigation by Al Jazeera reveals the truth, but rather reminds her of it because we knew it from the first investigation."

While lawyer Khaled Al-Mohannadi believes that the decision to assassinate Shireen was intelligence, he said, "A bullet piercing armor, from a sniper rifle and fired from an angle, and at a lethal distance, all evidence confirms that an intelligence decision was taken to liquidate Al Jazeera correspondent Shireen Abu Aqleh, because of the impact of Al Jazeera's coverage and the style of the broadcaster." The betrayed journalist who influences the Palestinian event, especially withholding the globally influential echo.

In turn, activist Maya Rahal warned against Israel's disavowal of the crime, especially after the latest investigation, and she tweeted, "Al Jazeera's investigation of the bullet that penetrated the head of the martyr Shirin Abu Aqleh, which is of the armor-piercing type, confirms the assassination and the deliberate liquidation of her person. This investigation, which reflects professionalism, refutes the first Israeli story." Which claims that Palestinian gunmen were the ones who killed her, and as usual, Israel will repudiate its crime."

Hayat Al-Hariri expressed her extreme anger and sadness after the investigation, and said, "Al-Jazeera TV shows the bullet that assassinated Sherine Abu Aqleh, and it is classified as an armor-piercing type. I remember the day of the assassination, and I follow the news with great sadness and inner anger. We will not forgive and will not forget. May God have mercy on you, Sherine."

Muzna Al-Shihabi confirmed Shireen's constant keenness to wear a protective jacket, but the occupation was determined to kill her, so she wrote, "She was always keen to wear a flak jacket and helmet, but this American bullet assassinated you, my angel. We want justice for Shirin."