The proposal is clear and essential. Increase each year the legal age of who buys tobacco in England. This is one of four essential recommendations that underlines a... 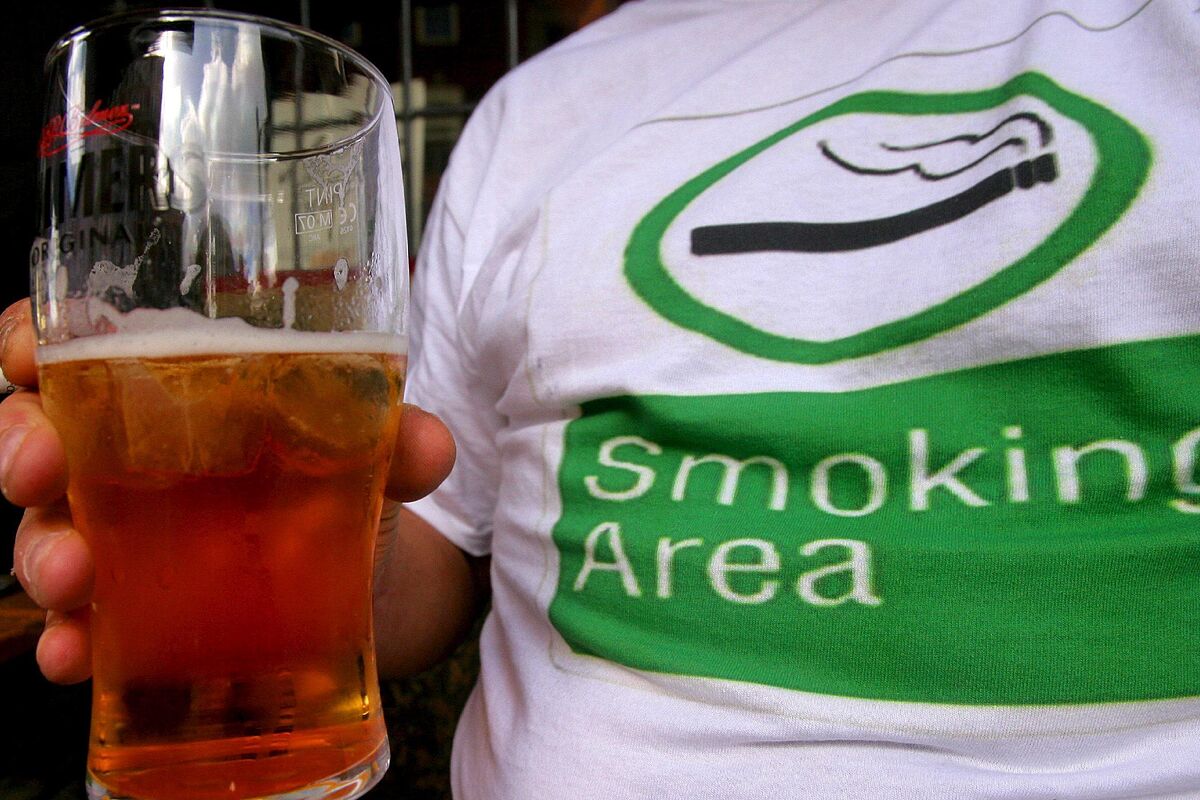 The proposal is clear and essential.

Increase each year the legal age of who buys tobacco in England.

This is one of four essential recommendations outlined in an

to boost its ambition to

eliminate smokers from England by 2030

"Without these interventions, the goal will not be met," warns study author Javed Khan, an economist by training, an education expert and former director of the UK's leading children's foundation, Barnardos.

defines the main core of his recommendations as "critical duties"

that Johnson and his cabinet must execute without delay to reach the goal within the announced schedule.

The official objective points to a "tobacco-free" society by 2030

, although in practice there is talk of reducing the habit to 5% of the population residing in England.

are currently almost six million smokers, over 10% of the English population, according to ministerial data

"A smoker-free society should be the social norm, but to achieve this we must do more to stop people smoking, to help those who smoke, and support those who are disproportionately impacted," the author writes in the paper.

His study shows that

In this sense, it highlights that, without additional actions to mitigate the prevalence, there will be a delay of seven years in the eradication of tobacco at a general level and the objective "will not be reached until 2044 in the poorest areas of society."

Neither Johnson nor his health minister, Sajid Javid, have responded to the report

, which was published this week.

Its spokespersons indicate that its content will be studied in depth, but analysts anticipate almost absolute inaction in the face of the set of recommended restrictive actions.

There is widespread opinion that the increasingly weakened prime minister will not ban tobacco sales to young people, despite the tiered system proposed by Khan.

In the wake of New Zealand

The idea was originally raised in New Zealand, to ban the sale of cigarettes and rolling tobacco to those born after 2008

being made to adopt it in Denmark,

with the ceiling of the ban established as of 2010. The British independent adviser seeks to raise the regulated age year after year - currently it is 18 years - until the time comes when no citizen will be able to legally buy a pack of cigarettes in England

Johnson won a no-confidence motion this week with 41% of his parliamentary group voting against.

He has suffered discredit with the illegal parties in his Downing Street office and residence during the coronavirus pandemic and has asked for authority with the continuous swings in political initiatives that he is giving to weather the crisis and discontent in the conservative caucuses.

Last month he put the brakes on a series of restrictions on advertising and promotion of typical 'junk food' products, which he had promised to implement in his strategy to combat childhood obesity.

Given this recent precedent and with the different conservative factions determined to make their libertarian or mercantile principles prevail,

The red light could also be issued on Khan's recommendation that smoking be prohibited on the terraces of bars or restaurants and in outdoor spaces frequented by minors.

The expert also urges the Government to allocate 125 million pounds per year (about 145 million euros) in policies, aid and services for smokers

And, among other interventions, he suggests the creation of a licensing system to reduce tobacco outlets and complementary paraphernalia.