Africa press review In the spotlight: Seytenga, in Burkina Faso, a martyr village… Audio 04:08 Photograph of Burkinabé gendarmes on patrol. A dozen gendarmes were reportedly killed "after the attack by the territorial brigade of the Seytenga gendarmerie last Thursday". (Illustration) © AFP By: Frédéric Couteau Follow 4 mins Advertising New tragedy in Burkina Faso. "  After the attack on the 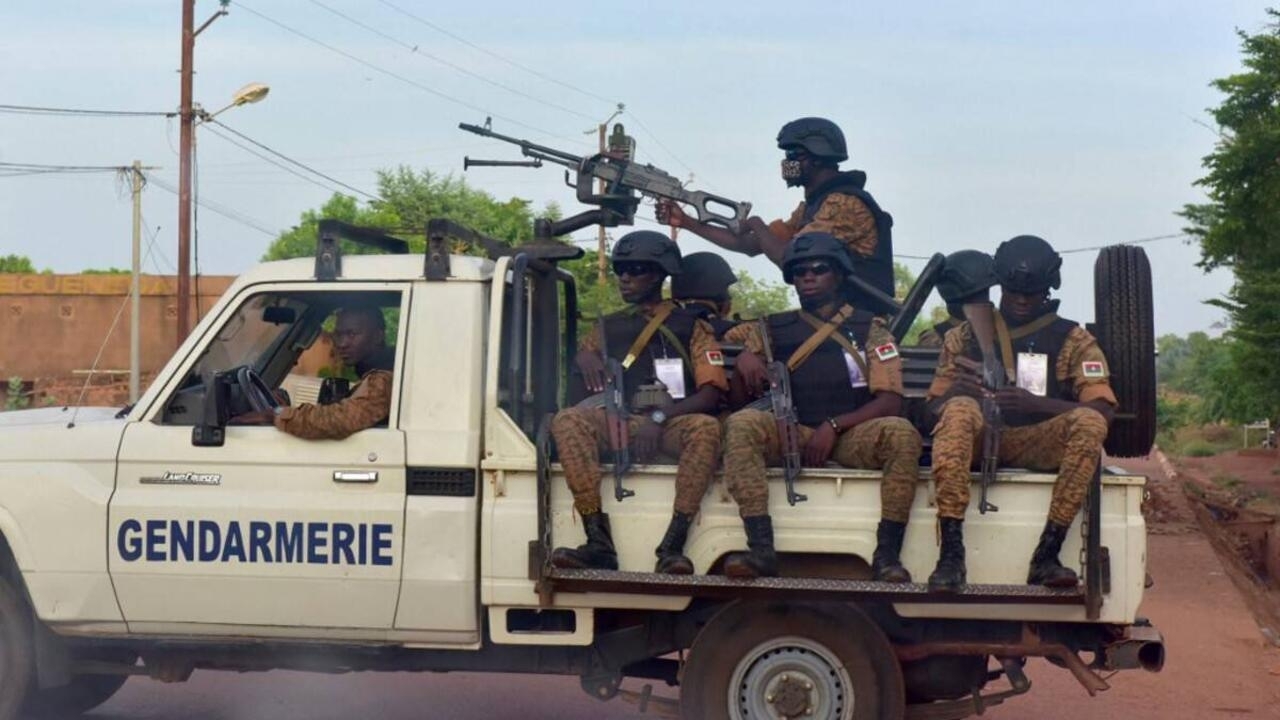 In the spotlight: Seytenga, in Burkina Faso, a martyr village…

Photograph of Burkinabé gendarmes on patrol.

A dozen gendarmes were reportedly killed "after the attack by the territorial brigade of the Seytenga gendarmerie last Thursday".

After the attack on the territorial brigade of the Seytenga gendarmerie last Thursday, which caused the death of eleven pandores, it was a real murderous madness that seized the terrorists,

Indeed, in the night from Saturday to Sunday, they attacked the civilian populations of this locality (near the border with Niger), located 47 km from Dori, capital of the province of Séno.

The victims would number in the hundreds.

How many deaths were there exactly?

All day yesterday, points out the Ouagadougou daily, figures as apocalyptic as each other circulated on social networks: 170, even 200 dead.

Unverifiable figures for the moment.

What is certain, according to the government,

is that this umpteenth crime has caused a displacement of the populations of this locality towards the commune of Dori.

More than 3,000 people, according to regional sources.

, the tragedy of Seytenga is indeed a reality, and the noises of the city continue to swell and magnify the concerns of a Burkinabe population who thought that their Defense Forces and security had taken over for good.

given the deterioration of the security situation which continues to mourn the national army and the civilian populations who owe their salvation only to flight, swelling the flow of internally displaced persons, it is necessary start a decisive war.

Hear the call of President Bazoum?

It is necessary, continues

to join the appeal of Mohamed Bazoum launched Thursday in the city of Téra, located in the so-called Three Borders area shared by Niger, Burkina Faso and Mali, and where the terrorists who sow death and desolation there.

Armed with his vision that the fight against terrorism cannot be waged and, a fortiori, won alone, the Nigerien president intends to rely on his diversified partnerships with Western countries to strengthen the operational capacities of his army both in logistics, air, and intelligence.

as if he wanted to be better heard by Ouagadougou and Bamako, it was in Téra, not far from the Malian and Burkinabè borders, that the Nigerien president launched an appeal to his counterparts Assimi Goïta and Paul-Henri Sandaogo Damiba.

'When you cross the Niger border, you are only dealing with spaces occupied by terrorists.

And that makes it difficult for our forces to do the job.

It is desirable, it is urgent, affirmed Mohamed Bazoum, that the brotherly countries of Mali and Burkina can recover'.

The conviction of the Nigerien head of state,

Mourya, is that there is no possible victory for one of the three states whose destinies are intertwined.

No one will come out of this alone.

The pooling of resources is therefore a reality even if it is not yet sufficient to hope to root out the weeds that have taken root on both sides of the borders.

the killing of the G-5 Sahel joint force by Mali, which withdrew from it, is not made to fix things.

The Minusma charges the Malian transition

Also on the front page, the report of the Minusma, the UN mission in Mali, which will be submitted this Monday, June 13 to the Security Council… We already know the main lines.

A damning report detailed in particular by

the UN mission is sounding the alarm and pointing the finger at the authorities of the impeding Transition on several investigations that the Minusma wanted to carry out, in particular in Moura.

The Malian state would only control 15% of its territory in the north and 21% in the center.

The report also indicates a rise in power of jihadist movements.

Allusion made to the violent clashes between the Support Group for Islam and Muslims led by Iyad Ag Ghali and the Islamic State in the Greater Sahara of Adnane Abou Walid al-Sahraoui.

Clashes continue in the area known as the three borders in Tessit, in the Gao region.

And in Andéramboukane in the Ménaka region, displacing thousands.

which also notes that “

within Malian public opinion, even at the top of the State, even before the official presentation of this report, the document is refuted by qualifying it as biased.

And claiming that Westerners are behind it.