The "Jazz under the Apple Trees" festival once again shone with its eclecticism and open-mindedness. From May 20 to 28, 2022, the 41st edition brought together artists from very diverse backgrounds capable… 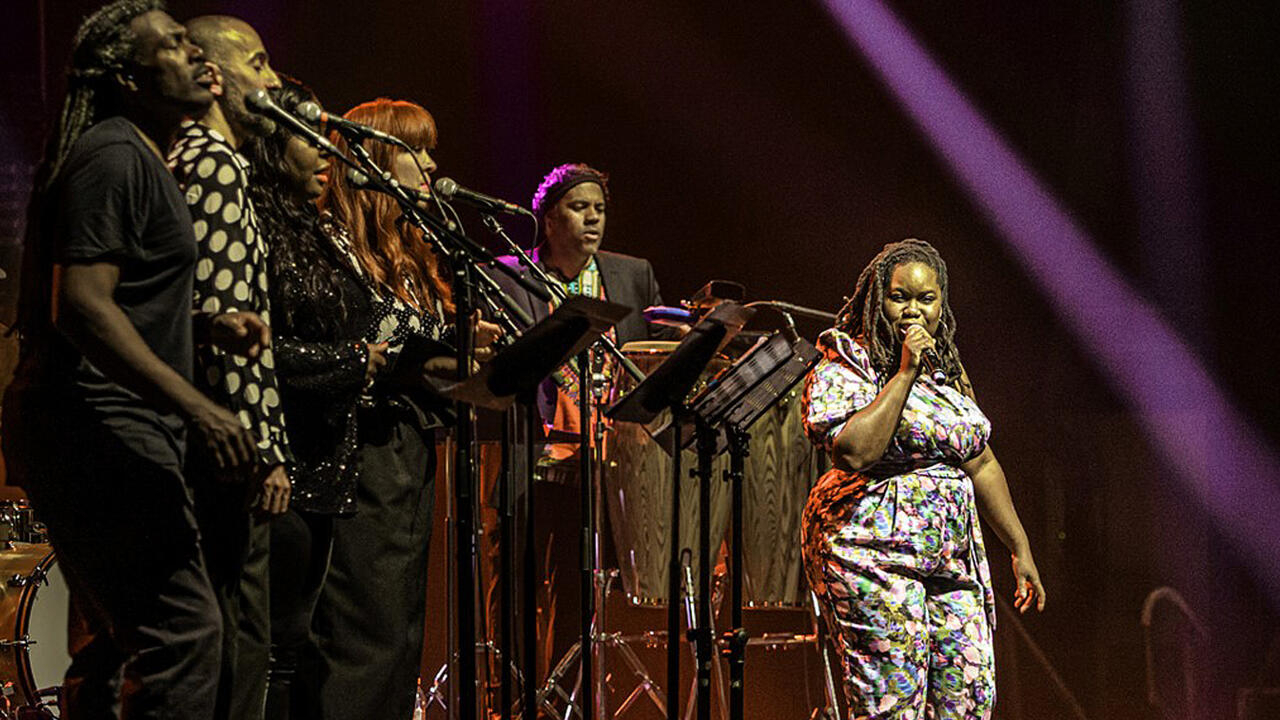 Zara McFarlane and the Antibalas group during the tribute to Aretha Franklin, May 27, 2022 in Coutances (Normandy).

The "Jazz under the Apple Trees" festival once again shone with its eclecticism and open-mindedness.

From May 20 to 28, 2022, the 41st edition brought together artists from very diverse backgrounds capable of making the hearts of Norman spectators vibrate.

In Coutances, in the northwest of France, inspiring Afro-planetary accents resonated with strength and determination.

From Kokoroko to the Mandé Brass Band, from Manou Gallo to Cédric Burnside, the African diaspora met under the apple trees.

On May 26, 2022, the Beninese virtuoso Lionel Loueke chose to honor his friend and mentor Herbie Hancock by performing, alone on the guitar, the repertoire of his illustrious elder.

Certainly, it was necessary to hold the keys to this specific sound universe because, beyond the great classics such as

, the selected works deserved an increased knowledge of the jazz heritage to appreciate the rereadings.

Lionel Loueke's already very singular playing and the effects brought to his expressiveness could question the audience, but the audacity of the musician managed to win the support and it was in front of the cheers of a conquered public that the maestro made sparkle judiciously triturated compositions.

A beautiful demonstration of instant creativity specific to the most talented instrumentalists of our time.

The next day, it was another bow that lit up the festival "Jazz sous les Pommiers".

A legend of Soul-Music was resurrected in favor of a very festive and respectful evening.

The American group Antibalas, very often decked out with an afrobeat label, accompanied that evening four tonic voices capable of taking up an imposing challenge: revitalizing the melodies of the eternal Aretha Franklin.

made the followers of the "Queen of Soul" shiver.

Then came his American colleague Robin McKelle, animated by a communicative energy which aroused some deserved ovations, in particular, when the first notes of

sprang up in the middle of this exciting concert.

The most serene vocal demonstration was certainly that of Zara McFarlane.

This young Jamaican-British woman seemed totally inhabited by the spirit of the illustrious Aretha Franklin.

The gospel mass continued with the intrepid Alice Russell whose ardor and artistic conviction gave sparkle to her harmonic flights, precisely on a hymn immortalized in 1972 by the late "Queen of Soul", the vibrant

Once again, the faithful of the "Jazz sous les Pommiers" festival have shown their enthusiasm and benevolent candor for committed and passionate multidisciplinary artists.

The diversity of the programming, desired by the organizers, has certainly raised Coutances to the rank of cities now essential on the road to European festivals!

The "Jazz under the Apple Trees" festival in Coutances

Lionel Loueke in concert during the 41st edition of the "Jazz sous les Pommiers" festival.

Herbie Hancock, the touch of everything genius