The author Agneta Klingspor is dead

The difficult balancing act of bringing together love and the longing for unbound freedom were recurring themes in Agneta Klingspor's straightforward texts, for example in the autobiographical debut novel Inte skära bara rispa (1977). She also worked as a cultural journalist and critic at Expressen and Bonnier's Literary Magazine. 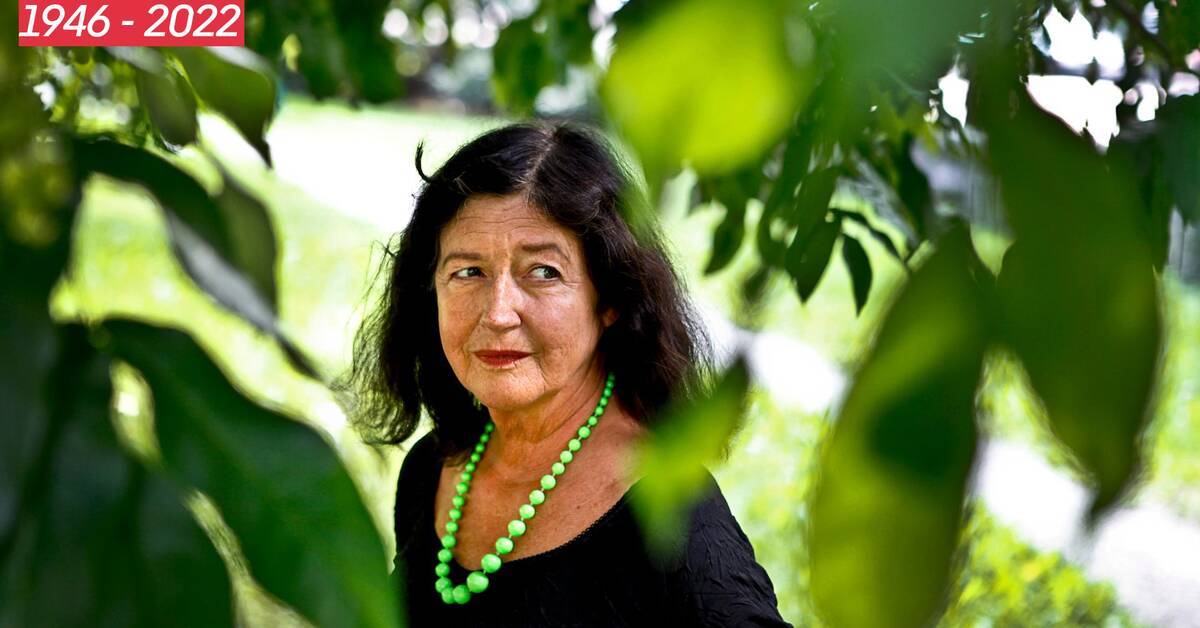 The TT family announces this.

She wrote about growing up in a conflict-ridden home and finding her way as a young adult and woman.

She often told in self-form and via diary entries, for example in the depiction of life 1977-1992 with the congenial title Nyckelroman.

At the center is a middle-aged woman on Södermalm in Stockholm.

Klingspor describes with heat, blood-filled and passionate, a woman's life, where dream, reality and public debate are woven together.

When the books came out, critics often emphasized the obscene depictions of sex in a moralizing way, something that often affected outspoken female writers of the same generation, despite the supposed liberation of 1968.

Agneta Klingspor was born in 1946 in Lysekil and growing up in Uddevalla was colored by her parents' bitter quarrel, something that created a sensitivity to the mechanisms of oppression and how the words have a direct effect on the body:

"Now Dad calls again and the accusations hail, the shame must be nailed to me ... Anger trembles inside the nerve of the steel string.

The words are dangerous inside the mouth, inside the stomach, outside the body, between me and them. ”

Klingspor had time to try out a number of different jobs - immigrant teacher, curator, cultural consultant, cleaner, actress, mental health care - before she became a writer.

Wrote about the cancer disease

In a statement about the book, Klingspor said that the comic comes naturally: “Especially if something is heavy in life.

I mean, life can be overwhelming and then you have to laugh! ”

Agneta Klingspor participated in radio, talked about photography and art, and also worked as a writing coach.

She was awarded several prizes and had a ten-year work scholarship from the Authors' Fund.

Agneta Klingspor said she would write “to everyone who lives and will eventually die.

As a writer, I do not think about who I write for.

It does not exist in my brain.

I am human and so are the readers.