Zhongxin Finance, June 1st (Reporter Li Jinlei) The Dragon Boat Festival holiday is approaching, friends are concerned, can you go out to play this holiday? Especially if you can travel across provinces? The "fuse" mechanism of cross-provincial travel is accurate to counties   On May 31, the General Office of the Ministry of Culture and Tourism issued the "Notice on Strengthening the Scientifi 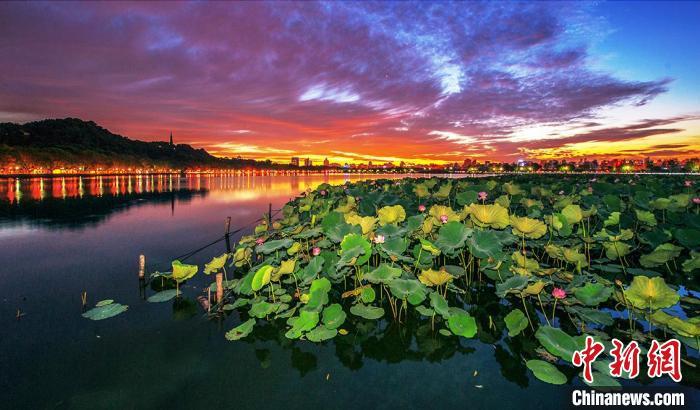 Zhongxin Finance, June 1st (Reporter Li Jinlei) The Dragon Boat Festival holiday is approaching, friends are concerned, can you go out to play this holiday?

Especially if you can travel across provinces?

The "fuse" mechanism of cross-provincial travel is accurate to counties

On May 31, the General Office of the Ministry of Culture and Tourism issued the "Notice on Strengthening the Scientific and Accurate Implementation of the Inter-provincial Tourism "Fuse-off" Mechanism for Epidemic Prevention and Control", which clarified

that counties (cities, districts, flags) and municipalities directly under the Central Government in medium and high-risk areas Districts (counties), immediately suspend travel agencies and online tourism companies from operating inter-provincial team tours and "air tickets + hotels" business in and out of the region.

Zhongxin Finance noticed that this is the first time that the administrative unit of the "fuse" policy for inter-provincial travel has been adjusted from provinces (districts, cities) to counties (cities, districts, flags), and districts (counties) of municipalities directly under the Central Government.

A tourism expert who did not want to be named told Zhongxin Finance that the "circuit breaker" mechanism for cross-provincial travel is accurate to counties. This policy will greatly boost industry confidence and inject a new dimension into the travel agency industry, which is in a huge predicament. Acupuncture has also injected vitality into the liquidity of the tourism market, which will stimulate the willingness to travel and have a certain role in promoting the recovery of passenger flow.

The relevant person in charge of Ctrip Group believes that this marks a major change in the "fuse" mechanism of inter-provincial tourism, and it is developing in a more scientific and precise direction. It is also an important manifestation of a series of economic stabilization policies recently issued by the State Council in the tourism industry.

The beautiful scenery of West Lake in Hangzhou.

Many provinces announce the resumption of inter-provincial travel

With the stabilization of the local epidemic prevention and control situation, some provinces have recently announced the resumption of inter-provincial tourism, including Jilin, Guangxi, Zhejiang, Fujian, Hunan, etc.

Among them, the Jilin Department of Culture and Tourism pointed out on May 31 that since the entire Jilin Province is currently a low-risk area, from now on, travel agencies and online travel companies will resume inter-provincial team travel and "air ticket + hotel" business.

On May 31, Zhejiang also resumed the operation of inter-provincial team tours and "air ticket + hotel" business by travel agencies and online tourism companies in an orderly manner, and encouraged inter-city tours between districts and cities in the province without local epidemics.

It also clarifies the basic requirements for the free movement of people. All localities must not increase the code at every level, and they must not simply use the epidemic as an excuse to restrict travel or artificially set up barriers for cross-city travel.

Dragon Boat Festival may be better than Qingming Festival

Tourism experts said that with the epidemic under control in Shanghai, Beijing and other places, it is expected that the Dragon Boat Festival tourism market will be better than this year's Qingming Festival.

Lan Xiang, director of the Qunar Big Data Research Institute, pointed out that the Dragon Boat Festival Civil Aviation may usher in a travel turning point in 2022.

The air ticket bookings in Guangzhou-Shenzhen, Chengdu-Chongqing, Hainan and other places saw the most significant growth.

The number of air ticket bookings for the Dragon Boat Festival holiday increased by 30% from the previous month.

However, tourism experts reminded that it is still difficult for the Dragon Boat Festival tourism to return to the level before the epidemic this year, which is mainly restricted by two factors.

First, the Dragon Boat Festival is coming soon, but from the current point of view, the resumption of inter-provincial tourism is only a part of the province.

More importantly, it depends on the epidemic prevention requirements of the destination city. If many local policies cannot ensure that tourists from low-risk areas can play freely, it is not conducive to the effect of the policy.

Second, tourists themselves are concerned about safety.

In other words, the psychological expectation of whether people can come back smoothly after the trip is still uncertain, which will naturally affect the willingness to travel.

Many places advocate the Dragon Boat Festival in place

Liu Xiaofeng, deputy director of the Beijing Center for Disease Control and Prevention, appealed at a press conference on May 31 to not go to Beijing unless it is necessary in the near future, not to go to medium and high-risk areas and areas with outbreaks, advocating local festivals, reducing the flow of people, and living a simple life. No dinner parties.

In principle, the personnel of government agencies, enterprises and institutions shall not leave the city, and those who really need to leave the city shall be subject to strict examination and approval management.

Persons from outside the province, areas with cases within 14 days, and areas with high epidemic situation who really need to return to our city must report to the community (village) and other accommodation places where the destination is located 3 days in advance.

Qinghai Province issued a notice on May 29, advocating that the masses celebrate the festival in place, not to go out, not to travel far, and not to leave the province or move across cities and prefectures unless it is necessary.

Strictly restrict the travel of people in the province to medium and high-risk and epidemic areas, and reduce the flow of people between the main urban area of ​​Xining City and the surrounding one district and two counties, and between Xining City and other cities and states.

From the Henan traffic police.

On May 30, the Henan Traffic Police WeChat official account announced that according to the latest notice from the Henan Provincial Epidemic Prevention and Control Headquarters, people entering Henan from outside the province will be assigned a yellow code. for the green code.

Persons coming from (returning to) Henan from the province must do "double reporting and double nucleic acid", that is, report to the destination community (village), unit, and hotel 3 days in advance, and hold a negative nucleic acid test certificate within 48 hours.

After entering Henan, please report to the community (village), unit, and hotel again immediately, and do the nucleic acid again as soon as possible within 24 hours, and do not have meals, parties, and go out less within a week.

The Ministry of Culture and Tourism recently issued a travel reminder for the Dragon Boat Festival holiday.

If you have symptoms such as colds and fever, you should stop traveling and seek medical attention in time.