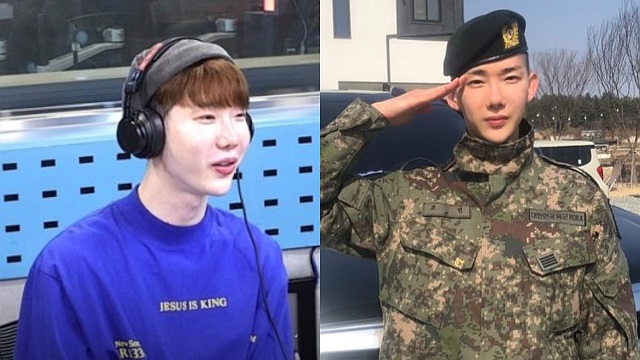 2AM's Jo Kwon and Changmin appeared as guests on SBS Power FM's 'Choi Hwa-jeong's Power Time', which was broadcast on the 31st.

On that day, a listener revealed that he was Jo Kwon's military successor and sent a text message saying, "I was able to do well in the military thanks to (Jo Kwon) comforting me and giving me good advice whenever I was having a hard time."

To this, Jo Kwon replied, "I did advice and counseling in (military) almost like Dr. Oh Eun-young. There was a line."

Recalling his time in the military, he said, "I did a lot of things in the military. On my days off, I had a lot of fun waiting in line for my bed to take care of my skin." “I remember everything,” he added.

2AM, who announced that they will be holding a concert for the first time in 9 years, responded sensibly to the concert 'spoiler request'.

Changmin raised expectations by saying, “I tried to exclude cover songs as much as possible.

Then, when DJ Choi Hwa-jeong asked, "Concerts are fun to see singers that you can't usually see. Do you have any dancing stages?" Changmin answered, "There is more choreography than dancing."

Then Jo Kwon laughed, saying, "I'm embarrassed now, so I can't (choreographer). It's fun, but it's been a long time since four people practiced. I go to the choreography practice room, but it's only over quickly."