Recently, the American cartoonist Glenn Head was the guest of honor at Stockholm's International Comics Festival. After several decades in the industry, Glenn Head's new autobiographical comic book novel "Chartwell Manor" has been published in Swedish. It is about how he as a 13-year-old started at a boarding school where the principal subjected the students to abuse. 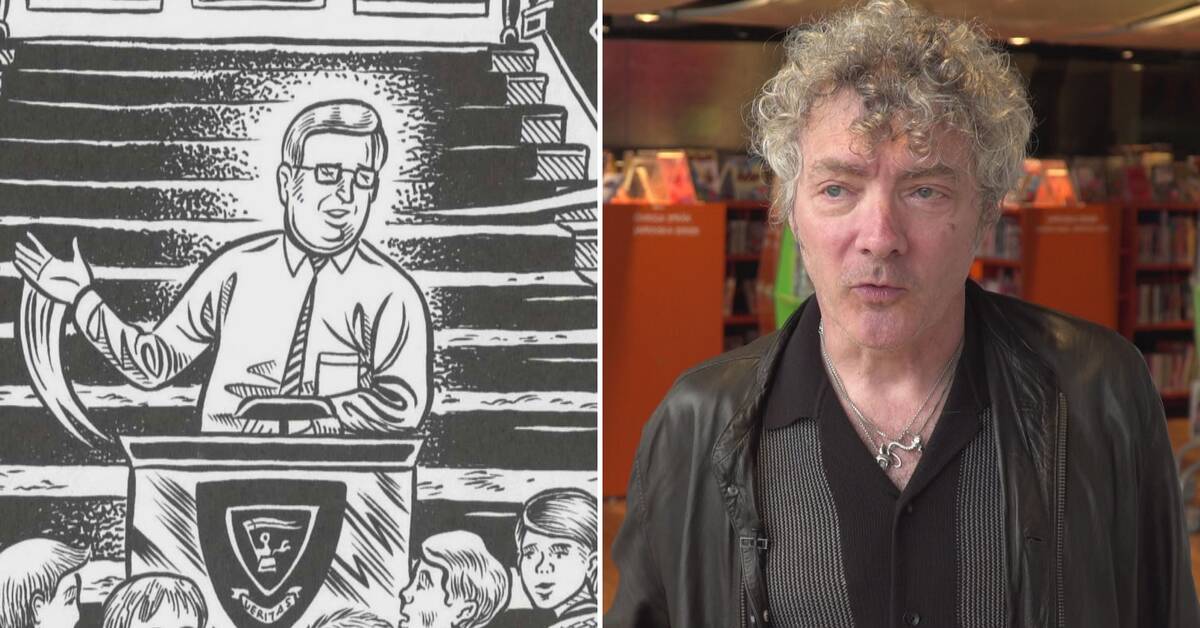 Although the story is dark in "Chartwell Manor", Glenn Head says that it was not painful to draw the perpetrator.

"Even though I hate using the word, but drawing him was a healing process - it was actually fun," Glenn Head told SVT.

- Something you always look out for is good, wide-ranging characters - and that's really true of him.

When you take everything that has affected you and get it down on paper and hand it over to your editor and say: "Here it is!", It is very liberating.

Glenn Head has been active as an illustrator and cartoonist since the 80's.

He studied for the legendary series creator Art Spiegelman who made the series album "Maus" and is an inspired underground cartoonist like Robert Crumb.

"Chartwell Manor" is Glenn Head's first comic book novel in Swedish and begins with the time at the boarding school where the principal exposes the students to violent punishments and sexual abuse.

Most of the book is about the time afterwards, about how everything turns out after an abuse.

The book's Glen (with an n) super and abuses sex.

It's not a flattering portrait the author draws of himself.

- The only way to handle material like this is to be as truthful as possible, he says to SVT.

- The memoirs where someone tries to appear macho, strong or the one in control often leave me untouched.

Because that's just the surface they want to show off.

It is the memoir writer's job to tell the story that lies beneath the surface, he says.

In the book, he tells, both in serial form and with authentic newspaper clippings, about how the principal was eventually arrested and sentenced to prison for abusing several boys.

Like how he finally comes to the conclusion that he has to tell this whole story.

And I felt that now I was ready to tell this story.

In a way, there is always an element of settlement in the autobiography.

Telling the truth may seem like revenge, but it's about getting rid of it.