Lucía Rivera: "I have realized that I am my worst enemy"

People don't realize how toxic it is not to talk about something and not normalize it." Says the model Lucía Rivera, daughter of Blanca Romero and Cayetano Rivera, who knows it well... 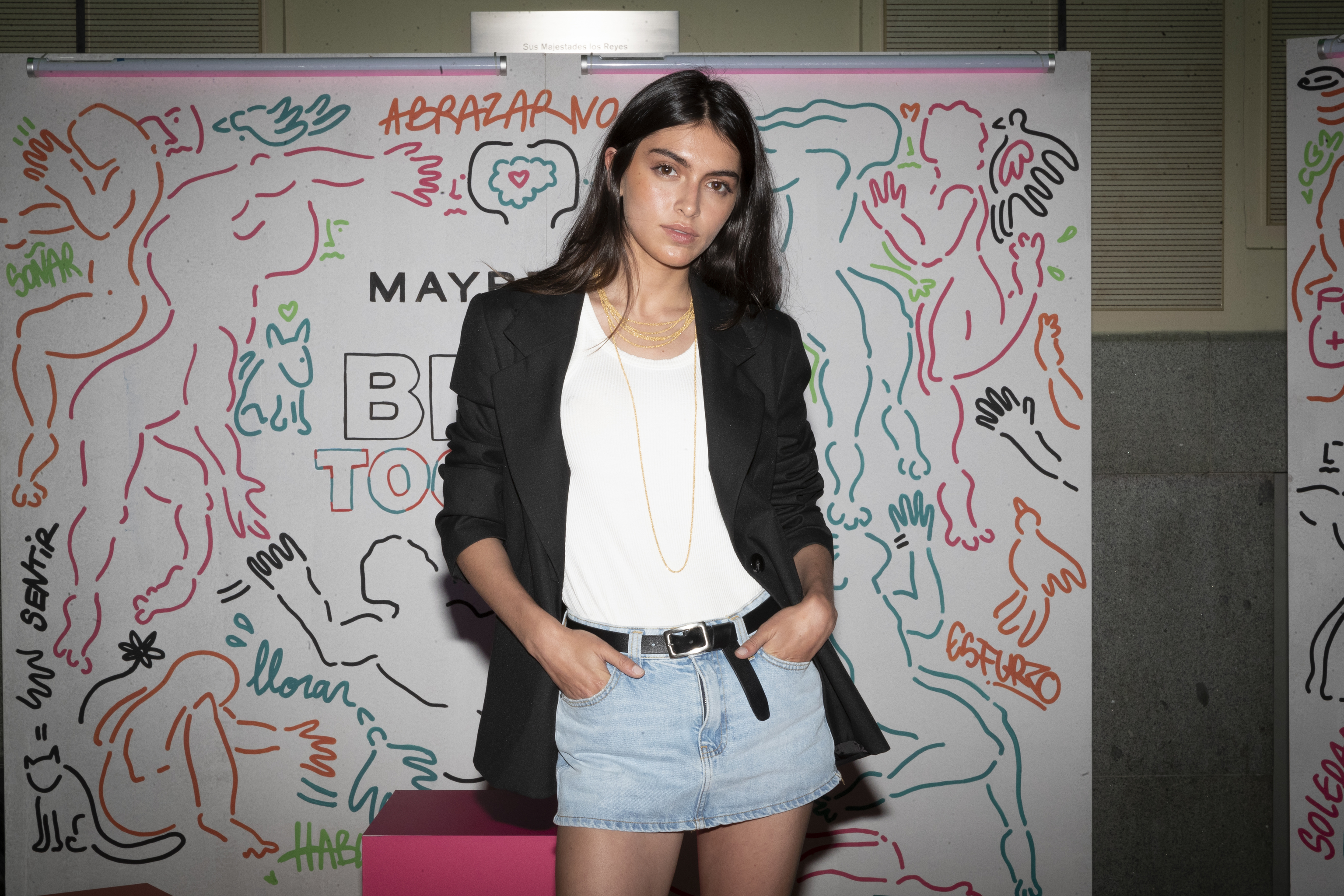 it is not to talk about something and not normalize it." Says the model

, daughter of Blanca Romero and Cayetano Rivera, who knows it well because she has been fighting

for years , the monster that He has been stalking her since she was just a little girl.

Now he is starting to come out of it, in part because he has decided to tell it and tear down the perfect image that fame usually imposes.

once a week, I read a lot of

books and I try to make it as visible as possible on networks," she explains.

framed in Maybelline New York's 'Brave Together' initiative, launched to sensitize and educate the youngest about diseases such as anxiety or

, which according to figures from The World Health Organization (WHO) currently affect 10% of those under 30 years of age in the world.

As if it were a group therapy and to talk about mental health from her own experience, with Lucía Rivera were the singers

"We all understand each other a little bit," says Lucía, because everyone has gone through the same thing as her.

That is why they were honest with the psychologist

, an expert in anxiety and also present at the meeting.

," says Lucía, "it affects many more people than it seems. Anyone has

right now, in a world as

as this one, in which we live the day fully active, with cell phones and constant stimuli..., everything goes very fast and anxiety increases".

And so much so, because it is a disorder that has exploded among the

although only 20% of those who suffer from it give it a name and treat it.

"80% of the children who manifest

do not go to a professional, they drag the problem as they can. That generates conflicts for adults that have not been resolved and that condition them. You have to take care of it in time, to find a friendly solution. But without an

, it is not possible", explains Bárbara Tovar.

That is the serious

that conditions us from school.

"As children we are not told that this exists, everything is vetoed. We ourselves do not give it

because it is not something that they have taught us. And that

us . I have suffered from anxiety since I was a child, and to this day I still do not know what is to live without

"As a child I was an

, perhaps a weirdo, because of my life in general. And because I had

, I used to cry in class, I fell asleep... We are marginalized because we have never been taught how to treat those who have this problem And you have to learn to do it, if they don't give us some keys it's very difficult to normalize the situation. The question is knowing how to treat and being treated, "says Lucía.

And how do you do that?

"It is very important that we allow ourselves to be

, we must stop chasing perfection, which is absolutely imperfect, and understand that in life there is pleasure and

, happiness and pain. And stop labeling situations as good or bad, because they depend on how we deal with them. We have to be a more compassionate and

society , so that people who suffer from depression feel less judged and in a safer environment," answers psychologist Bárbara Tovar.

Lucía confesses that she is still learning to be

"When I started in

I thought I had a wonderful relationship with myself, that I loved myself very much... Now I am realizing that I am my own worst

. Every time I do something that is outside of what I should do, I blame myself, And I'm thinking about things that don't make any sense. I think it's a mixture of anxiety,

Questions like why did I eat a croquette yesterday if I have a casting today?

or why did I go out partying last night?

assures that they have made a ball of situations without major importance.

It is one of the fundamental problems of

"When the enemy is external, you can

him and take distance, but when he resides in you, he accompanies you

a day , and you also do not question him, because you are not aware of the damage he does to you and you get used to going through life with him. ".

Break the wall of invisibility

Now Lucía is in favor of breaking the wall behind which mental health problems hide.

there was a time when she disappeared from

, and she would have liked to disappear from the media as well.

"For me they have meant a brutal massacre, they have talked about my life, they have lied..., and that has hurt me a lot."

And although her networks have sometimes generated "a lot of

", they have also helped her.

It was difficult for him to decide to tell his problem, because he thought that he would only get to sink even more -"When a person is at home and cannot even get up, as I have been, anything

him ", he confesses-, but to his surprise everything happened on the contrary, he received "a lot of encouragement".

, and then it's easier for things to go down," he explains.

At this point another issue appears:

and the need to disconnect.

"When I need it, I go to Asturias, with my

. Many people are surprised that I don't have famous friends, influencers, singers... But if I did, at what point could I run away from my professional life? I want one more life normal, that something sticks to me... I stay with my little group of

They are, as he says, "his five

and whom he always wants close, so much so that one of them even lives in his own building.

Another of his escape valves is

"It's very difficult for me to cry, but I would love to do it more; there are times when I want to

and I can't, but I think it's something we should

. That 'don't cry' thing that men have always been told so that don't express your feelings is nothing but

And let's also normalize "that women can become even

if we feel like it", adds the lawyer and communicator

in charge of leading the meeting, because self-

demand in certain industries -'Like the canons of beauty', points out

takes its toll, "and you don't have to be afraid of getting old or failing one day".

In this sense, as vital tools to take care of our emotional health, the psychologist

highlights how important it is to "know how to

of yourself , know who you are and know how to

the things that we like less about ourselves, "that are less lovable, but it's also me."