The jury has returned its verdict. Ruben Östlund's Triangle of Sadness won the festival's prestigious award. This is the second time the director has received this award. 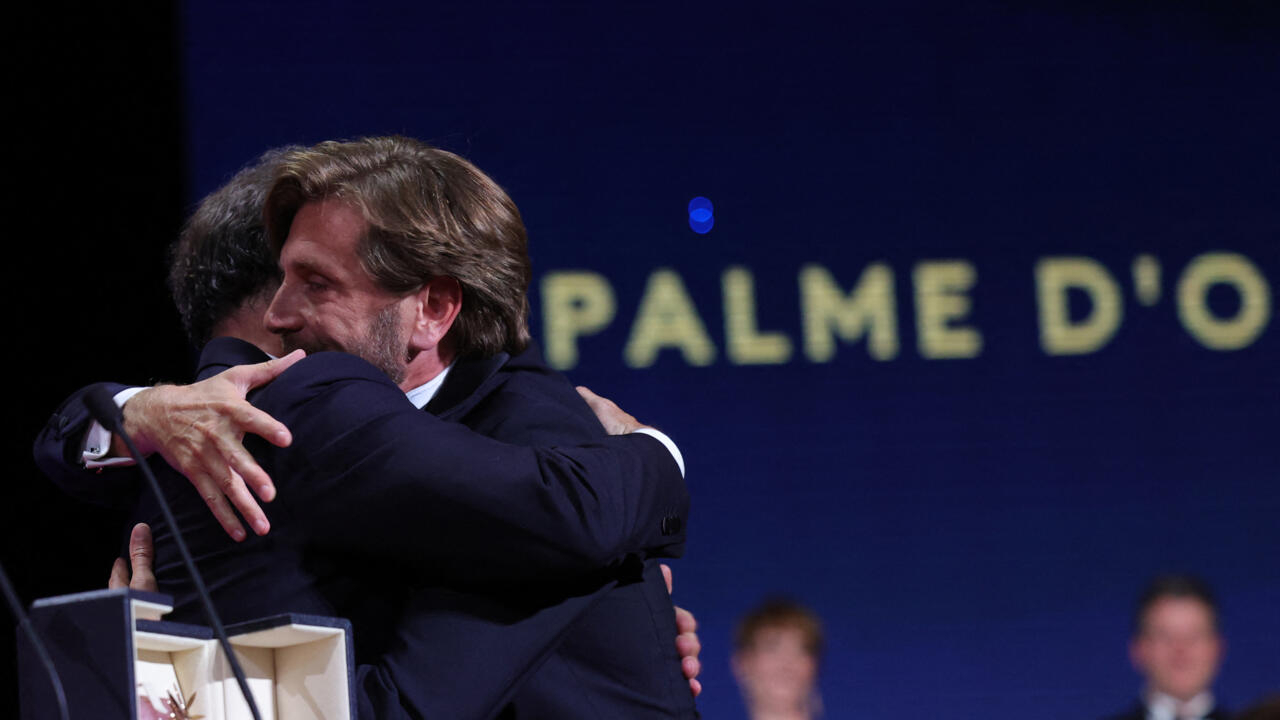 Swedish director Ruben Ostlund (right) celebrates on stage with French actor and jury president of the 75th Cannes Film Festival Vincent Lindon after winning the Palme d'Or for the film 'Triangle of Sadness' during the closing ceremony of the 75th edition of the Cannes Film Festival in Cannes, in the south of France, on May 28, 2022. AFP - VALERY HACHE

The jury has returned its verdict.

This is the second time the director has received this award.

This is the second time that the Swedish director has received the most prestigious award from the Cannes Film Festival, which he had already obtained in 2017 for his film

The Grand Jury Prize was awarded to two films ex-aequo.

Claire Denis was rewarded for her film

The Stars at Noon

and the Belgian director Lukas Dhont for his feature film

Favorite actor of his compatriot Bong Joon-ho, and star of his film

, Palme d'Or 2019, he plays in this Kore-eda film a man involved in baby trafficking, who will form a small family of odds and ends. pitcher around him.

Iranian actress Zar Amir Ebrahimi, who had to leave Iran for France in 2008 following a sex scandal, was crowned the best actress award on Saturday for her role in the thriller Ali Abbasi

The Nights of Mashhad

The actress spoke in Farsi while receiving her award.

a journey marked by humiliations

", she said, thanking France for the to have welcomed.

A Decision to Leave.