Amber Heard: I receive thousands of threats every day... they want to kill me and "microwave my child"!

Amber Heard confirmed yesterday that she has received "thousands" of death threats since the start of the trial hearings in a defamation lawsuit brought against her by her ex-husband, Johnny Depp, in a US court. 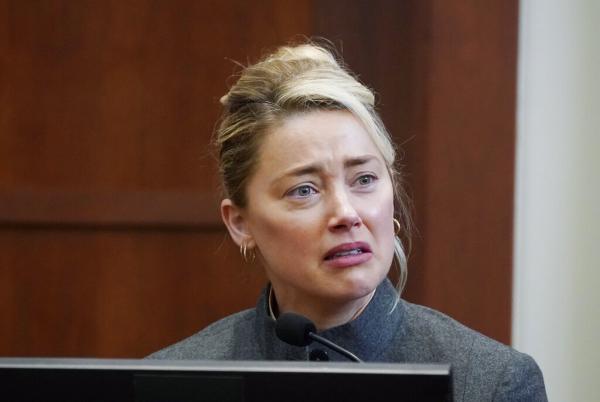 Amber Heard: I receive thousands of threats every day... they want to kill me and "microwave my child"!

Amber Heard confirmed yesterday that she has received "thousands" of death threats since the start of court hearings in a defamation lawsuit brought against her by her ex-husband, Johnny Depp, in a US court.

"I constantly receive hundreds of death threats, even every day, and thousands of threats have been made to me since the start of this trial," the 36-year-old actress said in testimony during the last session of the trial.

Lawyers for both sides are due to present their closing arguments, before a seven-member jury meets for deliberation.

In the event that it does not reach a ruling during the day, the members will continue their deliberations next Tuesday.

"I am harassed, humiliated and threatened daily just because I am in this courtroom," Amber Heard said emotionally.

The actress, who is a mother of a young girl, added, "People make fun of my testimony related to the attacks, while others express their desire to kill me, and they tell me that every day, and they want to put my child in the microwave and tell me that."

She recalled that she was "compelled every day" to relive the "trauma" she suffered as a result of the domestic violence she is accused of Johnny Depp.

She described the trial as "the most painful, humiliating and hideous test" of her life.

The sessions, which lasted for six weeks, detailed the couple's turbulent and quarrelsome relationship, and Heard recounted incidents, several of which led to physical violence when Johnny Depp was under the influence of a mixture of drugs and alcohol.

The actress, who starred in the films "Aquaman" and "Justice League", has been subjected to a campaign of defamation and insults on social media since the start of the trial, which receives great media attention.

Hundreds of Johnny Depp supporters gather every morning in front of the courthouse in the small town of Fairfax, Virginia, near Washington, in support of the "Pirates of the Caribbean" star.

Comments from the audience in the courtroom after a heated debate between Heard and Depp's lawyer, disturbed the session, in contrast to the calm that had prevailed in the previous sessions since April 11, prompting Judge Benny Azkarite to threaten to make the court sessions closed and without an audience.

A raging legal battle is taking place between the star and his ex-wife, who exchange serious accusations, as Johnny Depp accuses his ex-wife Amber Heard of damaging his reputation and undermining his career after confirming in an article published by the Washington Post in 2018 that she had been subjected to domestic violence two years before that while they were still married, from Without explicitly mentioning his name.

Depp denies the accusations, and demands $50 million in damages.

Heard launched a counterattack, demanding the actor to pay a double compensation of one hundred million dollars, and asserting that Depp had violently abused her for years, and raped her in 2015. She accused her ex-husband of wanting to destroy her career.

In 2020, Depp lost a defamation lawsuit in London against the British newspaper "The Sun", which described him as an "abusive husband".

And Amber Heard reiterated Thursday that she was subjected to "verbal, physical, emotional and psychological" violence from Depp during their relationship, which lasted between 2011 and 2016.

"I am not a saint," she said when talking about her first testimony, which she gave 10 days ago, in which she admitted that she had hit her ex-husband at least once.

She explained that she wrote the article on domestic violence with the aim of "shedding light on these issues and to serve as a voice for the voiceless."

Heard filed for divorce in May 2016, accusing the actor of domestic violence, and their divorce became effective in early 2017.

"I have the right to tell my story and talk about everything that happened" as well as "tell my own story and the truth," she said, accusing Johnny Depp of "promising to destroy her career" and causing her a "global insult."