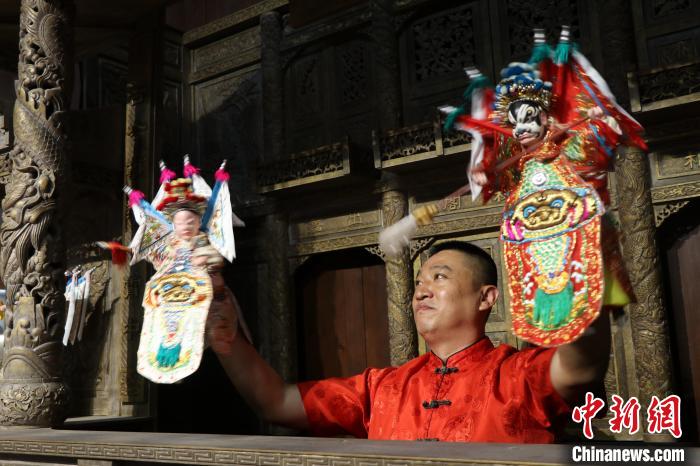 After thousands of years of inheritance, Fujian puppet show has accumulated many traditional repertoires, music singing, and formed a set of rich and exquisite performance techniques and carving skills.

"Artists manipulate idols through their palms, and with just one stage, they can make little puppets show their joys, sorrows and joys, and perform in a variety of ways. For many Fujianese, puppets are history, culture, and childhood joy. Memories.” Yin Dan, deputy director of the Department of American and American Affairs of the Foreign Affairs Office of Fujian Province, said in his speech that he hoped that Oregon’s young and old would also like the Fujian puppet show, and also hoped to use this event as a starting point to further strengthen the relationship between Fujian and Oregon. People-to-people and cultural exchanges weave a bond of mutual learning among civilizations.

"It is a great honor for Oregon students to have the opportunity to learn about the culture and history of puppets, and to experience the preservation and inheritance of traditional Chinese culture and art. This is rarely seen in the United States." Ying Shuqi, Vice Chairman of the Oregon-China Council He expressed that he hoped to further understand each other and deepen friendship through understanding Chinese culture. He hoped to visit Zhangzhou, Fujian in the future to appreciate puppet art at close range.

Chen Xizhen, founder of Xstream International School, said in his speech: "Puppet shows not only tell interesting stories, but also carry the wisdom, history and rich culture of the Chinese people. Today, most of the students see China live for the first time. We are very excited about the puppet show and look forward to more exchange projects in the future.”

Artists from Zhangzhou Bag Puppet Inheritance and Protection Center participated enthusiastically. The classic puppet drama "Da Ming Fu" was staged on "Cloud" and interacted with the audience on the same screen. The atmosphere was warm.

The wonderful bag puppet show deeply attracted the American students who watched through the screen. They exclaimed and cheered from time to time, studied the basic movements of puppets seriously, and made vivid panda puppets with their hearts.

Chen Lihui, the provincial non-genetic inheritor of the puppet show, is responsible for explaining the performance skills of puppets.

He said: "Art has no borders, and culture has no borders. I am very happy to meet you in the cloud today. Through this online communication method, I will show you the ancient Chinese traditional skill of puppet performance to you on the other side of the ocean."