The DNA of a Pompeii volcano victim reveals 2,000-year-old secrets

The DNA analysis of one of the victims of the Italian city of Pompeii, which witnessed many of its residents charred by the eruption of Mount Vesuvius 2000 years ago, has revealed secrets that have been trapped for hundreds of years. victims b 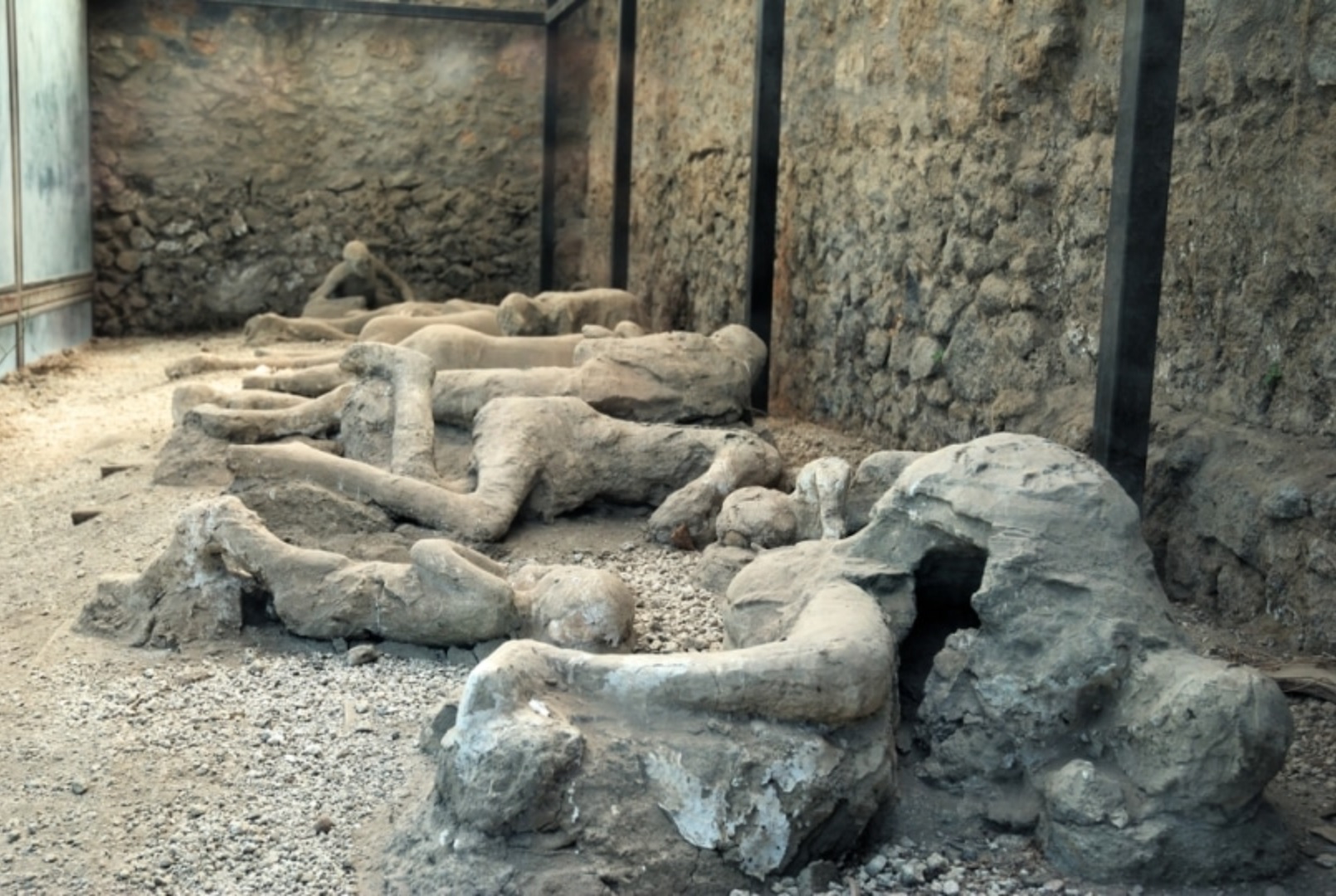 The DNA of a Pompeii volcano victim reveals 2,000-year-old secrets

The DNA analysis of one of the victims of the Italian city of Pompeii, which witnessed many of its residents charred by the eruption of Mount Vesuvius 2000 years ago, revealed secrets that have been trapped for hundreds of years.

This complete DNA sequence analysis is believed to be the first ever for a Pompeii victim.

The analysis revealed that the man was genetically similar to people living in Rome at the time, but also had genes common among the inhabitants of the nearby Mediterranean island of Sardinia.

When Italy's Mount Vesuvius erupted violently in AD 79, a cloud of scorching ash killed thousands around the ancient Roman cities of Pompeii and Herculaneum - including a middle-aged man who died while resting on a chaise longue inside Pompeian.

According to a scientific paper published Thursday in the journal Scientific Reports, an international team of scientists succeeded for the first time in studying the entire DNA sequence of a man.

"It's an interesting interpretation of the personal history of the protagonist of one of the world's most famous cataclysmic historical events," said Gabriel Scorano, the study's lead author.

These findings pave the way for further studies that could help scientists better understand the biological history of people who lived in the area 2,000 years ago, according to the researchers.

And while scientists first began extracting ancient genetic material from the bones of people and animals in Pompeii more than two decades ago, they were previously able to study only short sequences of DNA.

"High temperatures and bone remnants remaining in the soil for thousands of years can severely damage organic matter such as DNA and protein molecules," Pier Paolo Petrone, a forensic anthropologist at the University of Naples told the Wall Street Journal.

Petron was not involved in the study, but is part of a group that is conducting similar analyzes of the DNA of other Vesuvius victims.

The man's skeletal remains were first discovered between 1932 and 1933 during an excavation of one of Pompeii's buildings, known as the "Casa del Fabro", or the blacksmith's house, where local craftsmen worked.

It has been well preserved under a layer of igneous, rocky material, according to study co-author Serena Viva, a researcher in the Department of Cultural Heritage at the University of Salento.

A close examination of the bones first conducted on the specimen in 2016 showed that the man was between 35 and 40 years old when he died.

And in 2017, researchers extracted what proved to be well-preserved DNA from an area of ​​the man's skull, where its extreme toughness helped protect genetic material that might degrade in other bones.

The quality of that genetic material, along with new extraction and sequencing techniques, made it possible to access the entire sequence of the man's DNA.

According to the study's authors, efforts to sequence the complete genetic material of another elderly woman whose skeletal remains were found near the man failed because there were too many gaps in the DNA taken from her rocks.

Marks on the man's bones suggested he had a form of tuberculosis endemic to the area at the time and had a form of arthritis - findings that the study's authors said may help explain why he was not trying to escape the volcanic eruption, though. Unlike many of his countrymen.

The researchers said in particular: "The answer lies in his health."

By comparing the Pompeian man's DNA with genetic material taken from about 1,500 ancient and modern humans, from western Eurasia, the researchers determined his genetic similarity to people who lived at the same time in Rome.

However, his 'genome' also included genes commonly found in people from Sardinia - suggesting that the citizens of Pompeii were a genetically diverse group.

Besides providing a more informed look at the final moments of the victims of that catastrophe, ongoing genetic analysis of DNA sequences from the Pompeians may help researchers reconstruct the biological history of the people living outside Rome during the time of the eruption.