Although Natalia Dyer (Nashville, 1995) and Charlie Heaton (Leeds, 1994) were not even a mental project of their parents in the 80s, they have already become icons of that decade... 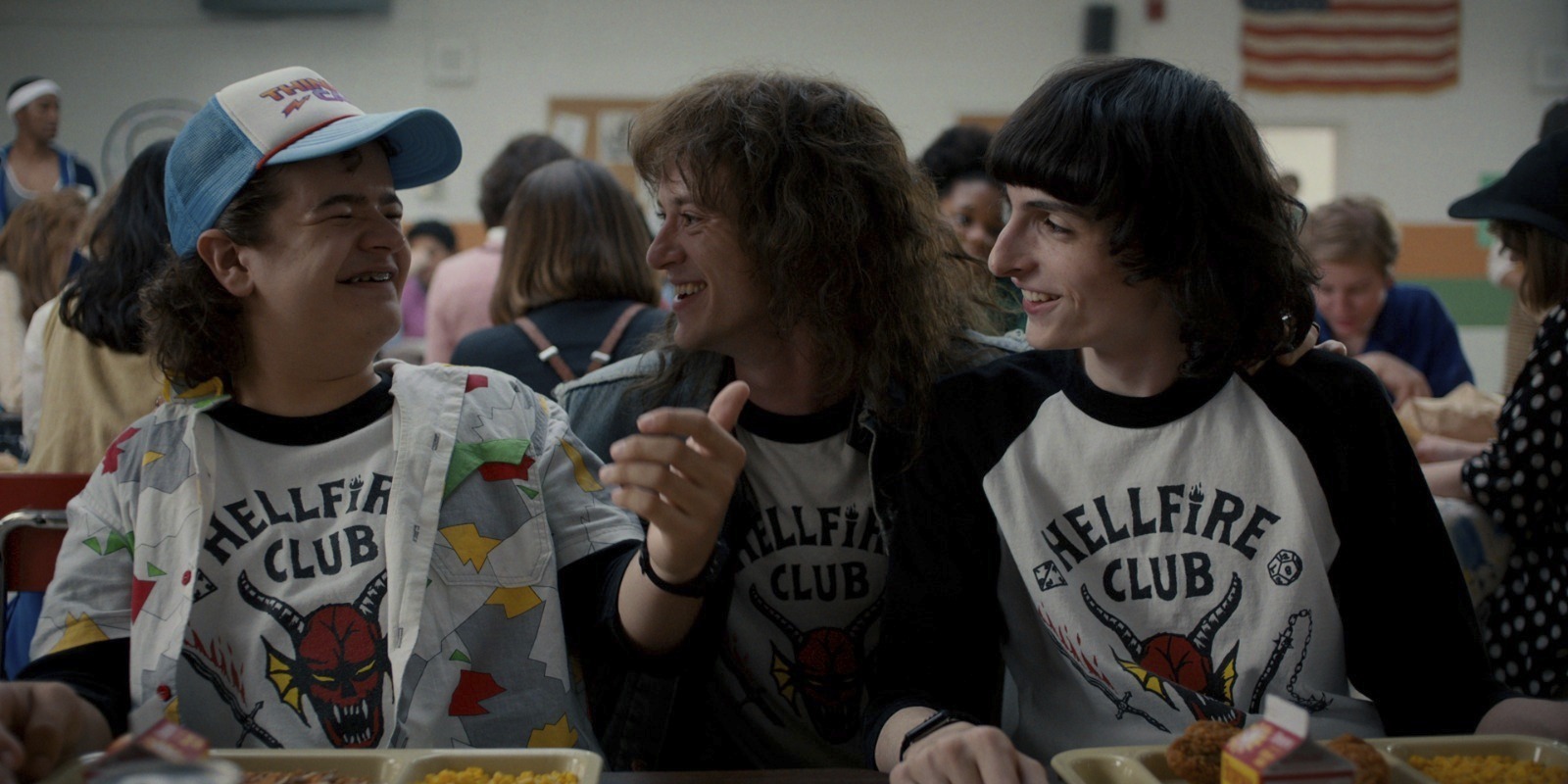 (Leeds, 1994) were not even a mental project of their parents in the 80s, they have already become icons of that decade.

, which premieres the first part of its last season on Netflix this Friday, has catapulted to world fame in an age group that has nothing to do with them.

A universe, the eighties of horror and science fiction cinema, in which they have immersed themselves when the professional has demanded it and now they dominate as two more generational children of

"This depends a lot on the Duffers [creators of the series] and how they've grown as fans, but

and now transform it more into

I have seen those films and they have given me a lot of information.

is still set in that," says Heaton at a meeting at the Rosewood Villa Magna Hotel in Madrid as part of the promotion of a fourth installment "more terrifying than any."

Because the enemy has gone from monster to human.

"The villain seems to be closer, more invasive, more personal and that's scarier," says Dyer, who agrees with his partner that the entire shooting set helps to enter a story that they have not lived due to age.

Even Nancy's drawers [her character of hers] are full of things that you don't see on screen, but they are there

That attention to detail is a gift."

But if Stranger Things

has been something since its birth

, it is the story of some marginalized children at school who become saviors of their neighbors in Hawkins.

The praise of the geek and the condemnation of abuse towards the different.

“It is important to show that we are all different and that can unite us.

With this series I remember being a teenager, trying to fit in

and having this voice that tells you that 'everything is fine', that whatever you do even if you are judged is good, "says Heaton.

“We are telling you that you can do incredible things, you can save the world and no matter what your classmates tell you.

They are six years and the two of them, a couple in real life, have been together with this series.

And so are the childhood to teen years of Finn Wolfhard, Millie Bobby Brown, Gaten Matarazzo, Noah Schnapp and Caleb McLaughlin.

«It has changed our lives because one night it premiered and the next morning we were already a global phenomenon.

The bond is very special and knowing that it is the end breaks your heart.

Although the theme of the exhibition is not easy either.

Only his presence in Madrid unleashed an excessive madness among the fans in the middle of Gran Vía and that in the networks is continuous.

«I try not to use them, in the pandemic I left them completely.

People who take it well have merit, I don't take it well, although there are pros and cons.

I need to recover space in my head and it is okay to set limits, to have a balance.

It's hard to break away from fame, but when you're shooting it's just any job," says Dyer.

When you are filming, although it seems very glamorous, it is a very normal life.

That time they find in each other outside the set.

Although when asked about being a couple in fiction and in real life at the same time, embarrassment wells up on both sides.

“It can help even though some situations are sometimes complex and confusing.

But you have to understand that you are playing a role.

I don't know what you think," Heaton reflects.

There's a lot of dynamics, a lot of subtext, and it's nice to work together because he's such a talented actor

A job that the pandemic was about to put an end to.

Netflix began recording this fourth season shortly before the Covid forced the world to stop.

And its premiere has taken almost three years.

But it has arrived.

“Everything is a bit blurry.

We didn't know when we were going to come back and that's terrifying.

It's also true that this gave the Duffers more time to rewrite things.

This is how they intend to close one of the great world phenomena.