Sources revealed the reason why a citizen attacked a Saudi nurse in a hospital in Al-Majardah Governorate in the Asir region in the Kingdom of Saudi Arabia. 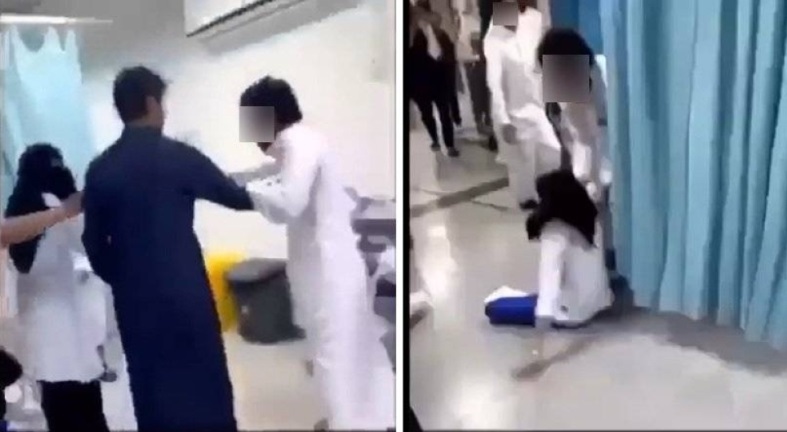 Sources revealed the reason why a citizen attacked a Saudi nurse in a hospital in Al-Majardah Governorate in the Asir region of the Kingdom of Saudi Arabia.

The sources indicated that the aggressor, in his thirties, asked the nurse to come to remove the feeder needle, but she was delayed for a few minutes due to her preoccupation with another patient, due to the lack of staff in the hospital.

The sources added that the assailant could not control his temper and pulled the nurse from her hand until she fell to the ground and then pulled her, as the widely circulated video showed.

It is reported that the Asir region police arrested the aggressor who appeared in the video, while an official source in the Public Prosecution stated that the Public Prosecutor, Sheikh Saud bin Abdullah Al-Mujeb, directed the arrest of a person who assaulted a health practice while she was performing her work in a hospital in Al-Majardah Governorate, and that the procedures were completed. The investigation against him in preparation for referring him to the competent court is detained.