His father, who worked in construction in Austin, Texas, broke horses in his spare time. When Amber was 12 years old, she struggled to stay on bucking jacks. A... 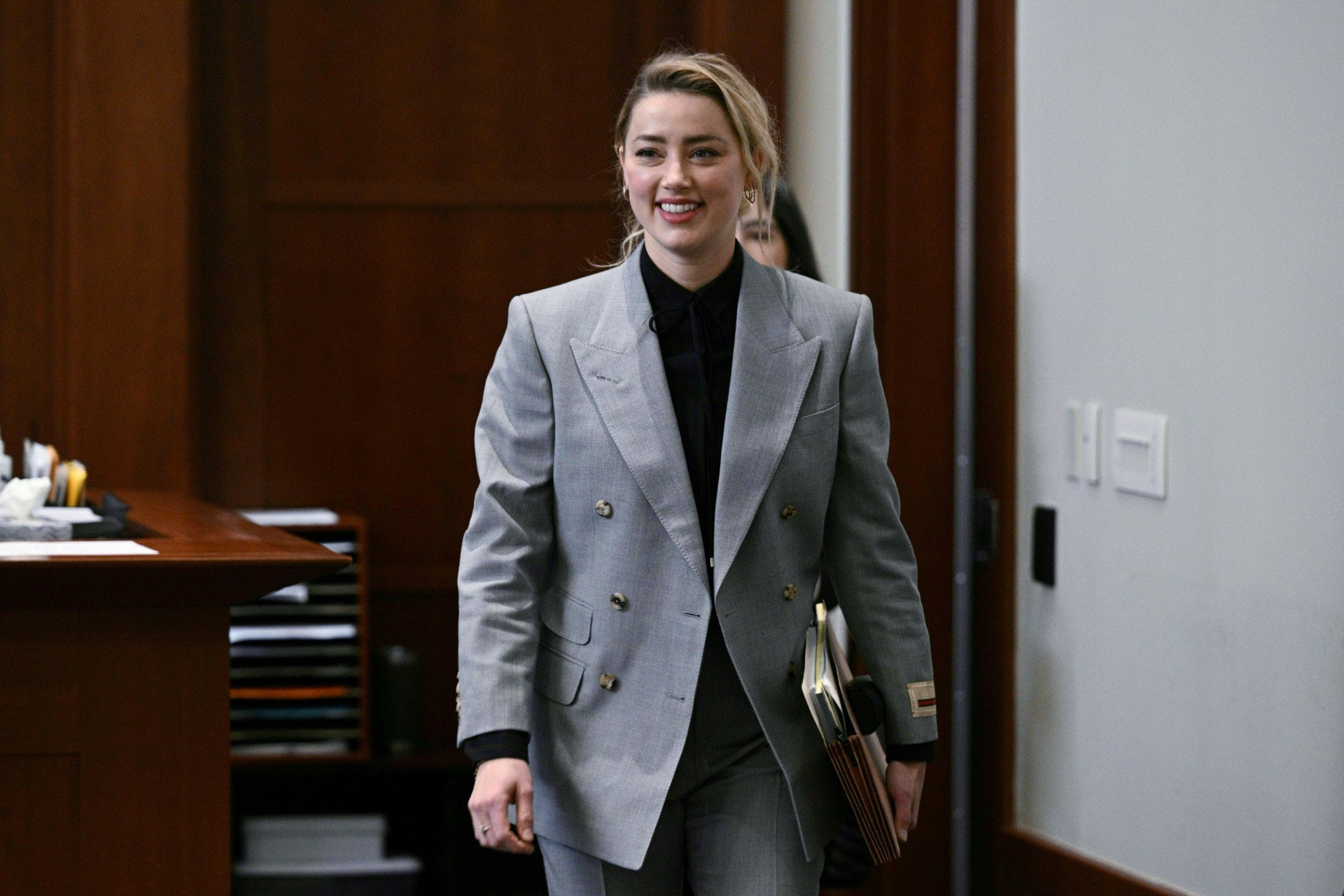 His father, who worked in construction in Austin, Texas, broke horses in his spare time.

When Amber was 12 years old, she struggled to stay on bucking jacks.

By force of falls she became an

not only in equestrian, but in life.

As a teenager, she

dropped out of high school,

earned a correspondence studies diploma, and soon revealed herself as an educated young woman who despised television and declared herself an atheist at the age of 16 after losing her best friend in a car accident.

It was a severe emotional blow.

Suddenly, he realized that the future is a superstition, that there is not always tomorrow.

She began to live with the motto:

'Today is the only thing I have'.

Bored with conservative, God-fearing Texas, she became what she categorized as "atheist, vegan, bisexual, and opinionated."

She did a bit of modeling and left for Los Angeles at age 17.

and therefore knew that "one must not think of victories, it is enough to survive".

She also knew Leopardi and from him she learned that virtue is founded on illusion and that where illusions are lacking, mediocrity reigns.

What he had at first were small roles in television series like 'Jack & Bobby'.

She was rarely offered a role that didn't

begin and end with her unappealable sex appeal.

an international spy and assassin,

she dresses in latex before kicking butt with Kevin Costner ('3 Days to Kill').

She got to work with some of Hollywood's top directors, like Tom Hooper on 'The Danish Girl', Niki Caro on 'Cold Land' and Nick Cassavetes on 'Alpha Dog', but like a young Charlize Theron's career, in her majority was

as the action revolved around the others.

Amber dreamed of roles that didn't objectify her and her mouth watered when she got the call from 'Aquaman' producer Zack Snyder, who described her character as "a warrior queen, with a crown and a sword, a strong superhero independent and self-possessed".

She was the type of woman that she recognized herself as and that she claimed for all women.

Mara, her character, was herself:

a woman of arms,

Sharing a cast with Jason Momoa, Nicole Kidman and Willem Dafoe, there was a lot at stake in that film, which cost Warner Bros 200 million dollars and at 31 years old was for Amber

for her uneven career to take off.

Nine years after the start of his career, the hustle and bustle of the bus was a distant memory.

He was now driving his dream car, a '68 Mustang that he had repaired.

a famous man before she was born.

For better or worse, much of the fascination surrounding Amber Heard stems from her romances.

Since 2008, she had a relationship with celebrity photographer

and when the glow of that passion faded, she met Depp on the set of 'Diary of a Seducer'.

They went to live together.

Amber Heard in a trial session against Johny Depp.Gtres

They married in 2015 at their home in Los Angeles and later celebrated on their private island in the Bahamas.

Groucho Marx already said that the main cause of divorce is marriage.

After 15 months of marriage, things turned ugly and Amber filed for divorce alleging

She said, among other bad, very bad things, that Depp threw a mobile phone at her head and cut her under the eye (Depp denied everything).

Although the couple signed confidentiality agreements, they did not stop gutting each other in the media.

The couple when they were still together, at the 2016 Palm Springs Festival. Gtres

What was presented as a classic Hollywood-style divorce trial, with an agreement for more than six million dollars, ended up due to the pandemic in a four-year headache with accusations of physical and psychological violence by both parties. .

Both were sued for defamation.

Both were patted on the shoulder by their friends and spat on by their enemies.

Both turned their divorce into a circus of beasts.

She was the mega-millionaire who hit on him in 2012, when she was with Depp on the set of Robert Rodriguez's 'Machete Kills'.

The magnate of Tesla, SpaceX, Neuralink and elsewhere often asked Rodríguez to act as a messenger: "Can you tell her that I would like to eat with her in Los Angeles? I'm not looking for a date. I know she has a stable relationship, but it seems like a interesting person and I want to meet her.

They had, according to the two,

and maintain a beautiful friendship.

They share, as Amber confesses, "intellectual curiosity, ideas, conversation and devotion to science".

A couple of years ago, Amber found love again with her girlfriend Bianca Butti, a cinematographer from Los Angeles.

Last year she welcomed her daughter.

The actress, who felt empowered in 'Aquaman,' remains determined to reframe the story being told about her.

She's an activist on social media,

she seems eager to engage with the world's problems.

Like the pay gap, for example: "As women, we get paid less and end up spending more time on set because of hair and makeup sessions. We're working on an inherently flawed system."

An Amazon since she was a child, it is not difficult for her to get on the horse like Don Quixote to help the weak, because, she says, "the only thing worse than failing is to stop trying to win."

Along with Nobel Peace Prize winner Nadia Murad, she is the first American actress to be named a UN

She is also an ambassador for the American Civil Liberties Union (ACLU), a role she combines with being

a global ambassador for L'Oréal.

Nowhere is it written that the olive branch is incompatible with gold and Chico Marx already said that "mustard without roast beef is not so good."

Every time he travels to New York he walks into Bauman Rare Books, an Upper East Side bookstore that keeps its front door locked because it sells overpriced first editions.

which she collects, especially from her main philosopher Ayn Rand, the Russian-American who defended rational egoism and individualism with a hammer.

the most beautiful woman in the world

according to a scientific algorithm, and although she dropped out of school at 17, she can recite the classics like a scholar, speaks fluent Spanish and has a head as well furnished as her Los Angeles home.

Mens sana in corpore sana because, superheroine from 'Aquaman', she is aware that the territory of superheroes has its ascetics: lifting weights,

Now that her long divorce process from Depp is over,

she is convinced that she will win

thanks to a stubbornness unattainable to discouragement.

It is not certain, but he has the consolation of this compliment from Terry Gilliam, actor and director of 'Monty Python', after seeing her cry at the trial: "I'm discovering that Amber is a better actress than I thought," he wrote on Twitter.