The north will welcome the first large-scale high temperature this year, Jiangnan and southern China, the rain will increase

China Weather Network News Starting today (May 26), the temperature in all parts of the north will rebound "strongly" again. North China and the Huanghuai area may usher in the first large-scale high temperature weather this year tomorrow and the day after tomorrow. The south still maintains a rainy situation. The center of rainfall today will be concentrated in the area from southern Jiangnan t 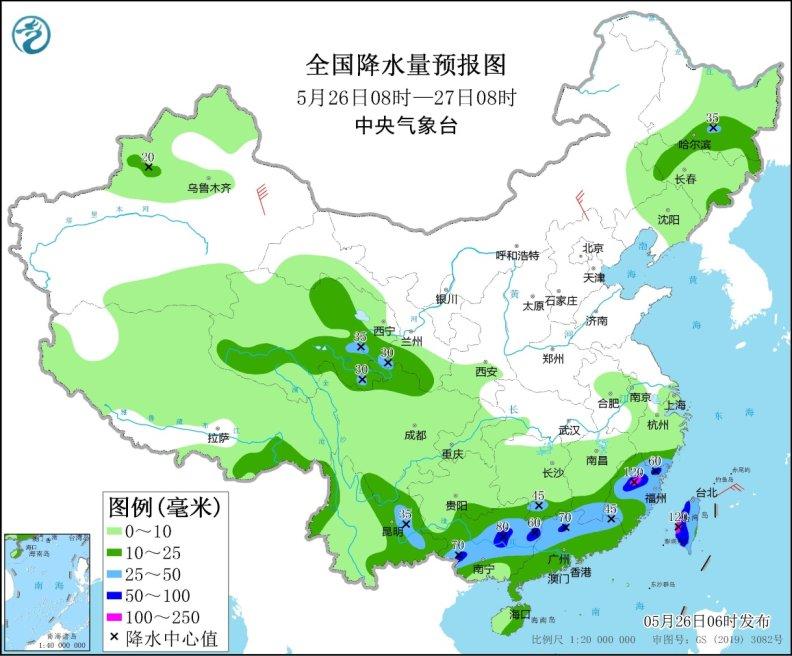 China Weather Network News Starting today (May 26), the temperature in all parts of the north will rebound "strongly" again. North China and the Huanghuai area may usher in the first large-scale high temperature weather this year tomorrow and the day after tomorrow.

The south still maintains a rainy situation. The center of rainfall today will be concentrated in the area from southern Jiangnan to northern southern China. Tomorrow, the rain in northern Jiangnan will intensify again.

The northern heat sings the "main tune", Beijing and other places will welcome the first high temperature day of the year tomorrow

In the past two days, the cold air has brought significant cooling to many areas in northern my country, especially in the northeast region with the rainfall, the feeling of coolness is even more prominent. The highest temperature in most areas is only about 20 ℃; Slightly higher, basically maintained above 25 ℃.

However, starting today, the temperature in the north will usher in a significant rebound, and the range above 30°C will expand rapidly; and from tomorrow to around the 29th, North China, Huanghuai and Shaanxi Guanzhong will usher in a large range of high temperature weather. The highest temperature in some places in southern Hebei, central Henan and northwestern China can even reach or exceed 40°C.

It is worth mentioning that the highest temperature in Beijing and Shijiazhuang tomorrow may break the 35°C line, ushering in the first local high temperature day this year.

In short, in the next few days, the weather in the north will generally be hot and "main tone", and the local public should pay attention to sunstroke prevention and sun protection.

Different from the pattern of sunny and hot "control field" in the north, in the south, rainfall occupies the "home field", and the heavy rainfall belt will show a trend of slight south pressure and then northward lift.

Yesterday, the strong rainfall in the south was mainly concentrated in the eastern part of Southwest China, southern Jiangnan and southern China, such as heavy rains to heavy rains in eastern Guangxi, eastern Fujian, and northern Taiwan Island; northeastern and southern Sichuan, northern Chongqing, northeastern Yunnan, and Guizhou. Heavy rains occurred in parts of the west, southern Hubei, eastern Hunan and other places, and local heavy rains such as Dazhou in Sichuan and Qujing in Yunnan.

Looking forward to the next few days, it is expected that from May 28th to 31st, as the monsoon pushes northward, the rain belt will be pushed to Jianghan, Jianghuai, and the northern part of Jiangnan. There will be heavy to heavy rain in some of the above areas, and heavy rain in some areas; then cold air Heading south, the rainband presses south again.

In a word, this week in the south, the rain belt swings from north to south, and the rainfall is almost "every day", reminding the public in the above-mentioned areas to pay attention to the now-forecasting and early warning news, and take various preventive measures in time to guard against flash floods, mudslides, urban and rural areas that may be induced by heavy rainfall. Waterlogging and other secondary disasters.