A cloud of gas and ash covered the city of Pompeii in the year 79 AD The matter expelled by the eruption of Vesuvius caused thousands of victims and, at the same time, preserved... 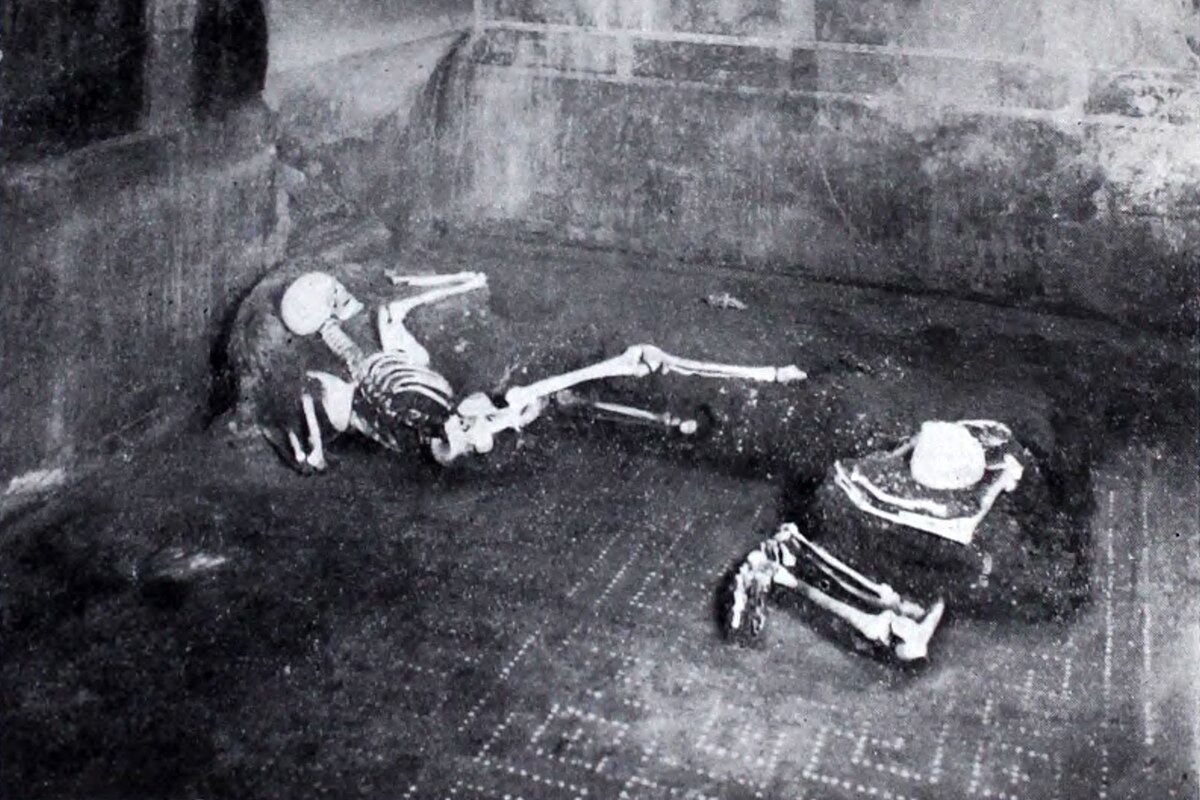 A cloud of gas and ash covered the city of Pompeii in the year 79 AD The material expelled by the eruption of Vesuvius caused thousands of victims and, at the same time, preserved many of the bodies, innumerable objects of their daily life and a large part of the architecture.

An ash sarcophagus that offers, almost two millennia later, a unique window on life in the Roman Empire.

In the 19th century, the archaeologist Giuseppe Fiorelli created a technique that allowed the making of detailed casts of the victims found in the excavations, thanks to the pouring of plaster in the small cavities that the encapsulated bodies left in the ash.

A way to reconstruct the appearance of the ancient Pompeiians with the means of the time.

In recent years, new technologies, such as 3D scanners or genetic analysis, have opened a new stage regarding what the ruins of Pompeii can teach us.

Until now, only short stretches of mitochondrial DNA from human and animal remains have been analyzed.

In this case, a team of researchers has examined the remains of two individuals that were found in the so-called 'Casa del Artesano'.

The shape, structure and length of the skeletons allowed the scientists to conclude that one of them belonged to a man, between 35 and 40 years old, while the other corresponded to a woman over 50. The authors were able to extract and sequence the ancient DNA of both individuals, but they have only succeeded in sequencing the complete genome of the man due to several gaps in the sequences obtained from the remains of the woman.

This is how the builders of Stonehenge lived: they celebrated feasts with viscera during the winter solstice

This is how the builders of Stonehenge lived: they celebrated feasts with viscera during the winter solstice

This genetic information has been compared with that of 1,030 other individuals who lived in ancient times and with that of 471 modern inhabitants of Europe and Asia Minor.

The results indicate that the genome has many similarities with the people who today live in the center of the Italian peninsula and with that of other individuals who lived there during the imperial era.

However, analyzes of mitochondrial DNA and the Y chromosome have also identified clusters of genes found today on the island of Sardinia.

"That does not mean that this person comes from a Sardinian family," says Thomaz Pinotti, a geneticist at the universities of Minas Gerais and Copenhagen.

"We believe that his maternal and paternal lineages have a common source of shared Neolithic ancestry in Anatolia. The fact that this lineage is not currently found in mainland Italy could be explained by the homogenization of genetic ancestry in the Italian peninsula after the Roman Empire or because of the relative isolation of Sardinia".

Based on the discovery, the researchers add that levels of genetic diversity on the peninsula during this time may be higher than previously thought.

DNA is inherited from ancestors, which means that the number of ancestors connected to an individual grows exponentially over generations (2 parents, 4 grandparents, 8 great-grandparents, etc.).

This also implies that, normally, populations living in the same place share several ancestors, which makes it possible to identify the origin of a genetic lineage in a particular region or group.

"Essentially, our analyzes are based on measuring the number of ancestors shared by different pairs of individuals/populations," adds Pinotti.

On the other hand, the analysis of the skeleton allowed them to identify lesions in one of the man's vertebrae.

In parallel, they found DNA sequences that are usually found in bacteria from the

group , to which the cause of tuberculosis belongs.

Both discoveries indicate that it is very likely that the individual had been infected with a type of spinal tuberculosis before his death.

The authors explain that it has been possible to successfully recover ancient DNA because the pyroclastic materials released during the eruption have provided particular protection against environmental factors that degrade genetic material, such as atmospheric oxygen.

At the same time, the finding demonstrates the possibility of recovering genetic information from other human remains from Pompeii through new techniques.

"Although DNA is a relatively stable molecule, it degrades over time in the presence of water and oxygen," explains Gabriele Scorrano, a researcher at the Department of Biology at the University of Rome.

"It's hard to answer how long it takes before DNA is too scarce for us to sequence, but we do know that high temperatures (as is the case in the tropics) considerably shorten how long DNA lasts. And since bodies Pompeii were encased in high-temperature ash, we expected to find little material for analysis.

However, the researchers used an extraction method that managed to get a sufficient amount into the dense part of the temporal bone.

Although the authors clarify that this procedure cannot be used in all remains.

"One thing that needs to be made clear is that DNA extraction is a type of destructive analysis," Scorrano clarifies, "so, although it is difficult to know how many individuals would be susceptible to DNA analysis in Pompeii, interventions cannot be carried out such a large scale, and least of all in a site with such a unique conservation and importance".