Nicolo Zaniolo scored the only goal in the final. The Giallorossi, realistic and disciplined, knew how to extinguish the Dutch of Feyenoord last night in Albania. A welcome cup for the Wolf, who… 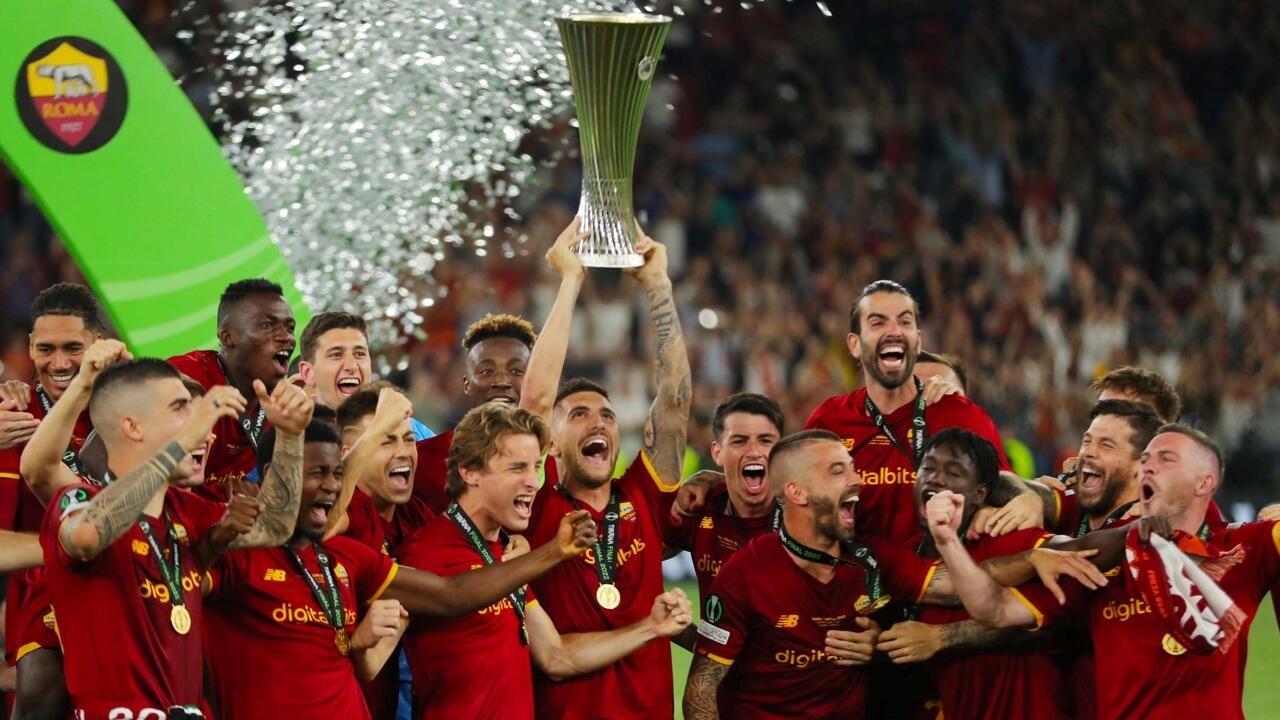 Lorenzo Pellegrini of AS Roma lifts the trophy alongside his teammates after winning the Europa League Conference, May 25, 2022. © REUTERS / Marko Djurica

Nicolo Zaniolo scored the only goal in the final.

The Giallorossi, realistic and disciplined, knew how to extinguish the Dutch of Feyenoord last night in Albania.

A welcome cut for the Louve, which closes a season ended quite far from the top 4 of Serie A.

The Special One became the first manager in history to lift all four European Cups (he was an assistant when Barca won the Cup Cup in 1997).

Mourinho allows an Italian club to reconnect with continental success, after Inter in 2010, training of which he was the coach!

Is it more the victory of the Portuguese than that of the Roman 11?

The "Mou" announces to stay at the club, will he refuse any proposals?

A third face-to-face between two major football clubs, two teams who want to end their season in style.

Reds and Merengue are used to big meetings, how do the coaches approach them with their players?

The 40-year-old Milanese, who has just had surgery on his left knee, will have to observe seven to eight months of recovery, will he play again after this long break?

The draw for the playoffs has just taken place.

A total of 18 teams will qualify for the final phase next January in Algeria.

A competition that has found its place in the calendar?