News witnesses - China/Vatican: towards what relations after the arrest of Cardinal Zen in Hong Kong?

Cardinal Joseph Zen, one of the highest dignitaries of the Catholic Church in Asia, was arrested in early May in Hong Kong along with four other leading figures of the pro-democracy movement. Released on bail… 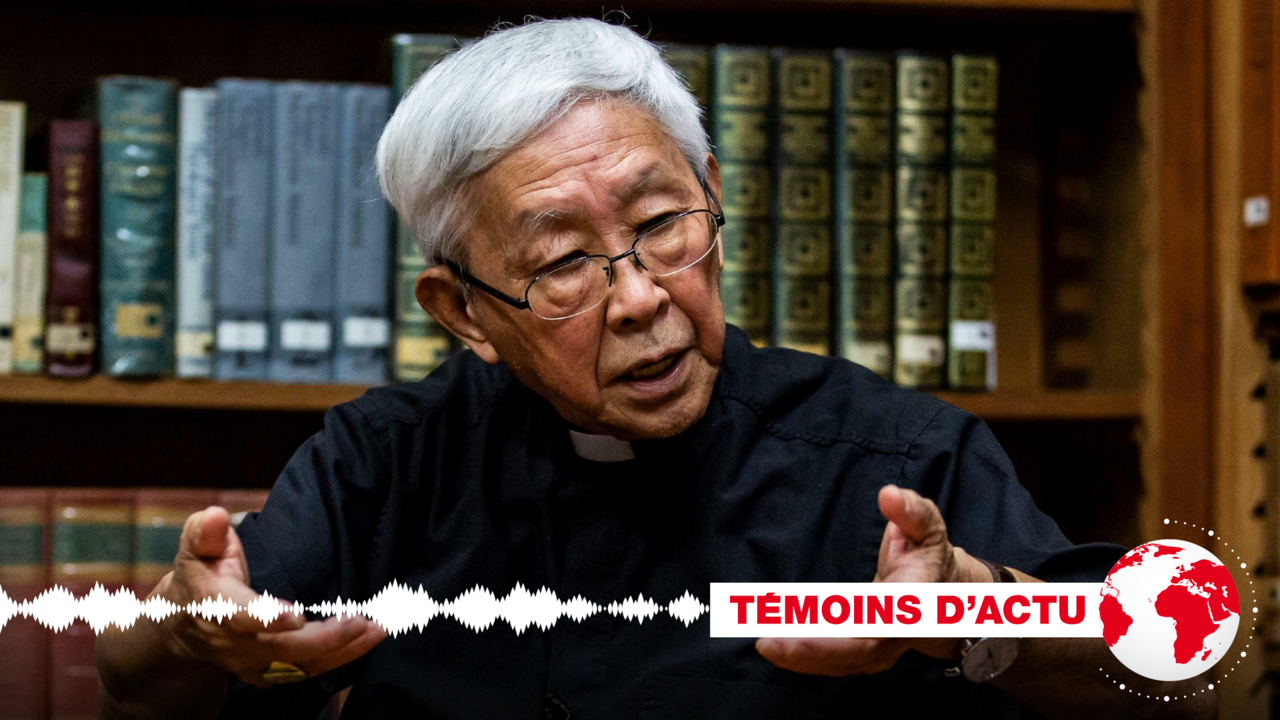 China/Vatican: towards what relations after the arrest of Cardinal Zen in Hong Kong?

Cardinal Joseph Zen, one of the highest dignitaries of the Catholic Church in Asia, was arrested in early May in Hong Kong along with four other leading figures of the pro-democracy movement.

Released on bail, his trial will take place in September 2022. The Vatican had expressed its concern after the cardinal's arrest, declaring "

to follow the development of the situation very carefully

How can relations between the Holy See and China evolve?

Geneviève Delrue, specialist in religions at RFI, is the guest of Witnesses d'actu.

In this episode of

, looks back on the personality of Cardinal Zen and his career.

Cardinal Zen is of the caliber of Nelson Mandela, Desmond Tutu, he is a wrestler

He was born in Shanghai in 1932 and it was as a teenager that he went with his parents to join part of his family in Hong Kong.

He then left for Italy and it was in Rome that he was ordained a priest.

Faced with the Chinese authorities, Cardinal Zen has always defended religious freedom and the defense of human rights.

It's the fight of his life, he was a pro-democracy before his time and he said he knew that one day he would be arrested

Since 1951, diplomatic relations have been absent between the Vatican and China.

But, in September 2018, Beijing and the Holy See signed a provisional agreement authorizing the pope in particular to appoint bishops approved beforehand by the Chinese Communist Party.

Cardinal Zen was very critical of this agreement, of which we really don't know much because it is secret.

He said, "it's a blank check, the Vatican is helping the Chinese government to annihilate the underground Church that Beijing has failed to crush"

This provisional agreement must be renewed every two years.

We will see if the arrest of Cardinal Zen has an impact, but it is true that the Holy See is walking on eggshells.

The Vatican has been trying to establish relations with Beijing for decades, but at what cost?

is available for listening on all podcast platforms:

or any other application using the

If you like this podcast, give it 5 stars and post a comment on these applications so that it is visible and therefore even more listened to.