Chronicle of raw materials - Malaise of milk producers in France 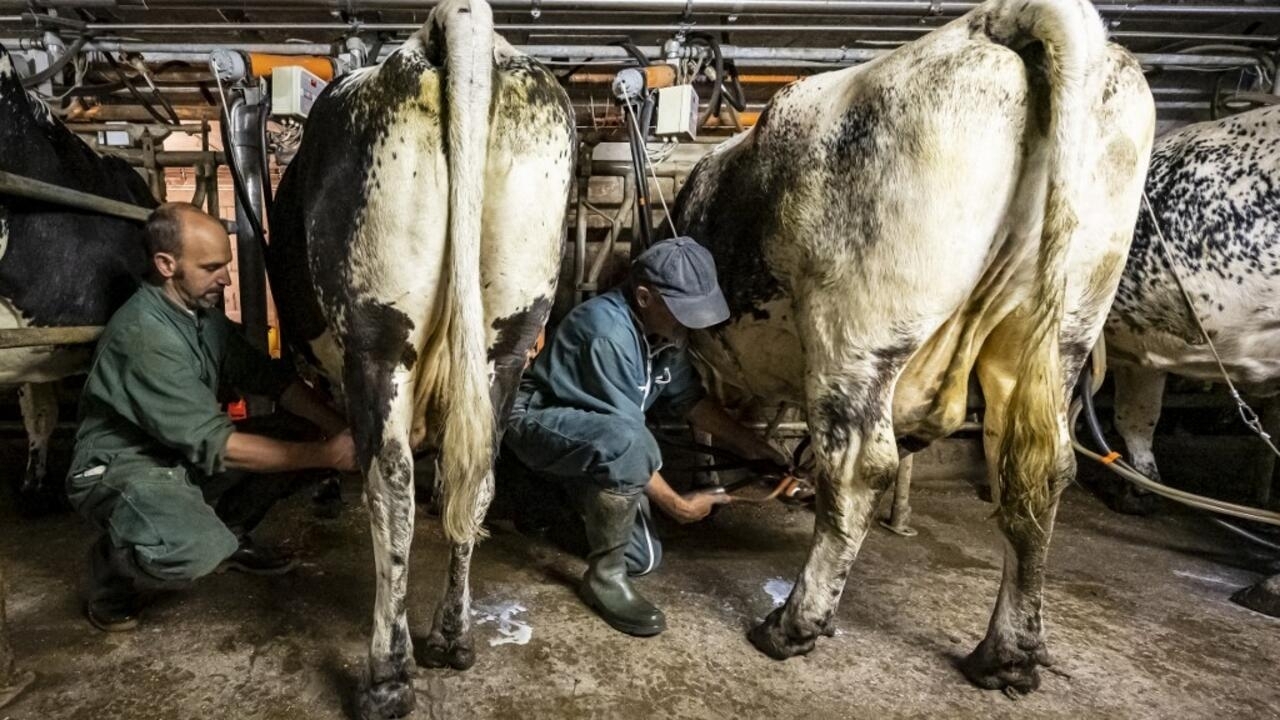 Malaise of milk producers in France

French farmers on a farm in the Vosges at Saulxures-sur-Moselotte in eastern France.

Milk producers in France are sounding the alarm.

Animal feed, fertiliser, packaging, energy: the prices of these raw materials are skyrocketing, which greatly increases the cost of production for dairy farmers.

Despite a slight increase in milk prices, this is far from being able to offset the sharp increase in charges.

Farmers are therefore asking for an immediate increase in the price of milk sold to the dairy industry in order to be able to continue their trade.

The situation is critical

that a liter of conventional milk must be paid to producers at least 50 euro cents to be able to cover the cost of production, which is not the case today.

High charges, very low pay and the arduous nature of a job where you work seven days a week are three factors that push farmers out of business and encourage young people not to take over family farms.

Dairy farming has in fact lost a quarter of its farms in ten years and the situation will worsen by 2030. Added to this is the temptation of farmers to abandon milk production for other more profitable crops such as cereals whose prices are skyrocketing at the moment.

Faced with the drastic rise in the cost of raw materials, they are asking the distribution sector to increase selling prices on the shelves by around 20%.

She is particularly concerned about a risk of a drop in production at European level.

Especially since in a context of crisis caused by the war in Ukraine, milk is important for food security in Europe.