The hardest thing about filming, or writing about, is fragility. And nothing breaks. Fragility as a concept is extraordinarily fragile. If we accept that how much... 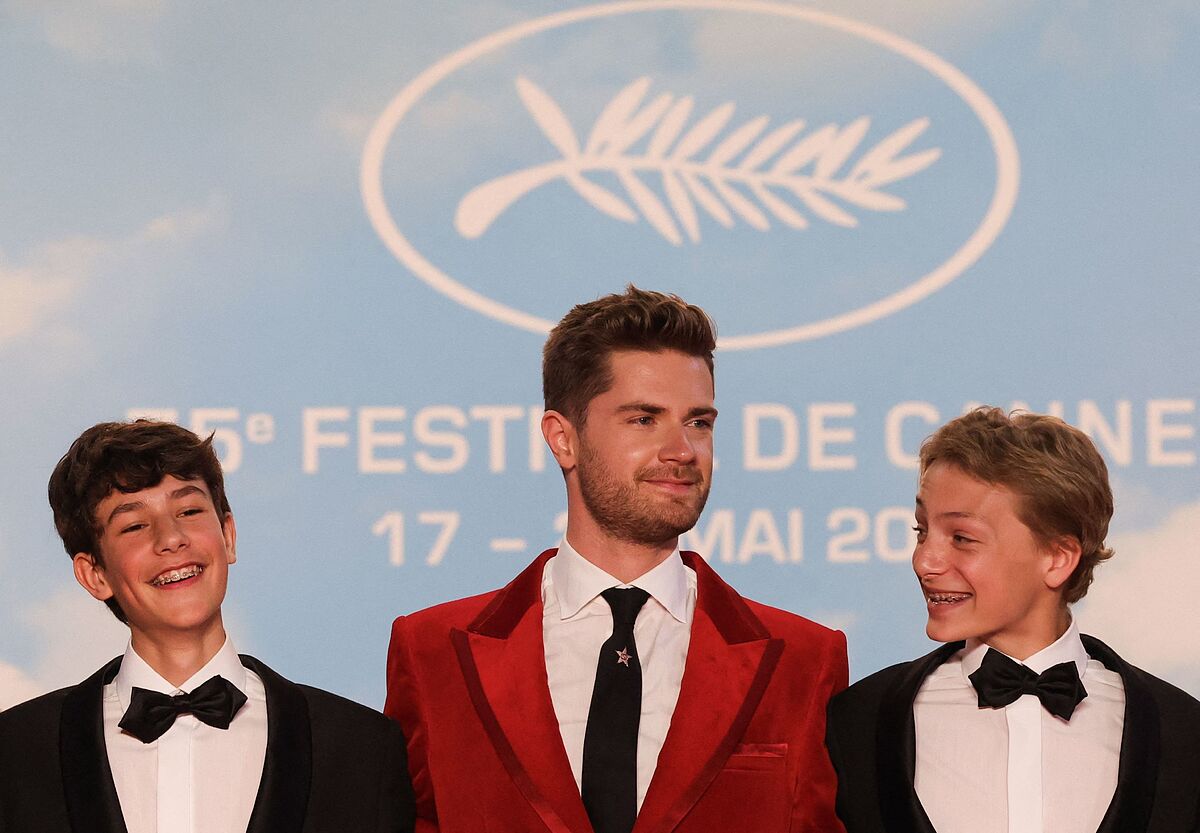 The hardest thing about filming, or writing about, is fragility.

Fragility as a concept is extraordinarily fragile.

If we accept that the more complex an organism is, the more exposed it is to imbalances, bankruptcies or bills, few are as vulnerable as the human being in general and any of us in particular.

But, no matter how hard we try, our fragility has a limit, a breaking date, and always ends with the individual expiration of death, which can only be, in some way, biologically transcended, by the continuity of the species, or culturally, by the cinema for example.

Matters of the dying conscience.

All this was discussed by the two films in the official section of the day that were not the one by Albert Serra.

by the Japanese Hirokazu Kore-Eda,

by the 31-year-old Belgian Lukas Dhont,

are two treatises on human frailty and by extension their clarity so close to agony.

We knew how far he can go from the former for works as fragile as 'A Family Affair', which won the Palme d'Or in 2018. For that and for an entire filmography since

', the fragility made tape that also in 2018 won the Golden Camera that distinguishes the best first film in Cannes.

Well, and as a first diagnosis, Kore-Eda once again shone in his geometric and dramatic splendor, while Dohnt discovered himself as an essentially vulnerable and

perfect director in his vulnerability.

', to begin with the film that, whether it wins the Palm or not, will mark this year's edition, tells the story of

They are both 13 years old and from there they dream of a whole world at their feet.

Suddenly, something will separate them.

With this premise as delicate as it is almost non-existent, Dohnt manages to create a world that is as recognizable as it is transparent.

The screen becomes a kind of mirror.

Everything that happens in it, happens in the burning eyes and memory of the viewer.

All his agony is ours.

All its fragility is everyone's.

And that ranges from rapid breathing from pedaling the bike, to fights in the schoolyard, through embarrassed conversations at the table with parents or episodes of harassment and betrayal in the schoolyard.

Everything counts in an excessive and precise exercise of fragility.

', the director's idea was to x-ray that space to be defined in the life of a young trans who wants to dance, now the abyss is another and the same.

It is about describing the perfect emptiness of a love (is there anything more fragile?) that breaks.

The result is a film that is lived, rather than just seen, breathless, with the agonizing feeling of life in a state of fibrillation.

Few directors have been so gifted in cinema to go from an instant of comedy to the greatest of tragedies in a fraction of a second.

There is no rest.

The director returns to one of his favorite themes: the thousand dissimilar ways of a family that ends up always being the same way of loving and protecting each other.

Shot in South Korea with well-known actors such as

a recurring actress in

's films, the film takes as its starting point the so-called "baby boxes" , a kind of drawer or protected nest installed for the first time in Seoul in 2010 for the abandonment of babies.

' weaves a plot as motley as it is clear and precise that involves the mother of the abandoned child, two traffickers of creatures who are not as bad as they seem, the police who persecute the latter and a child who is already somewhat grown up with very wide eyes. large.

Kore-Eda once again concocts a fable where no one is exactly what they seem and in which everyone, including the one watching from the seat, is invited to rethink those beliefs that they believed to be so solid and firm and that, in reality, They are frighteningly fragile.

the director combines moments of solemn brilliance (a conversation on the phone in the car) with some more questionable, corny perhaps.

But in any case, the facility to not break anything more than fair is simply admirable.

Such is the fragility of Kore-Eda.

Of course, at the end of the day, all of Cannes was in agony of broken beings.