Almodóvar, Resines and Paco León sign against the Audiovisual Law of the PSOE

More than 350 film and television creators and workers, including Pedro Almodóvar, Paco León, Icíar Bollaín and Antonio Resines, have signed a manifesto against the Law... 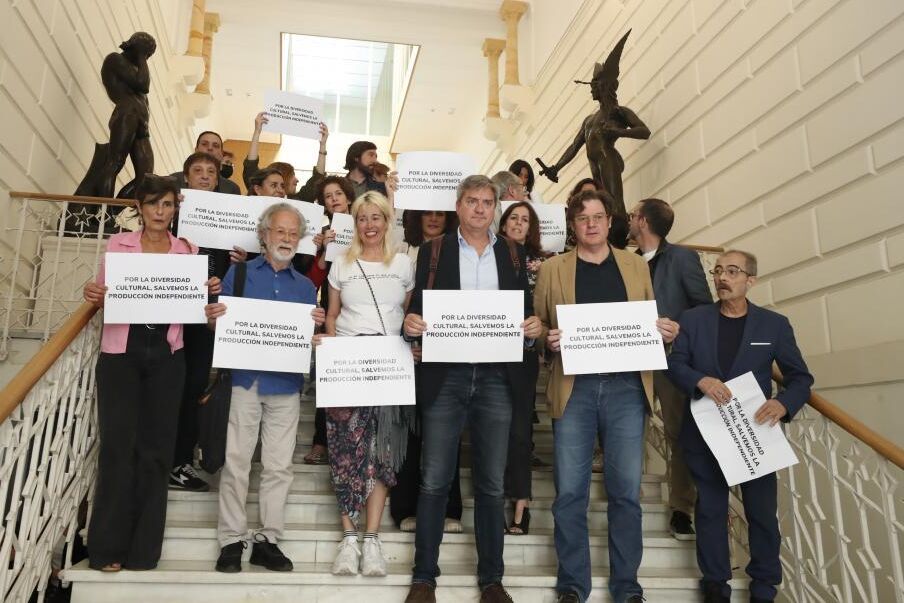 More than 350 film and television creators and workers, including

for the Spanish audiovisual industry as we know it

The text released, on the eve of the vote, stresses that it is not defending any "

but rather "basic rights", since with the technical change introduced at the last minute by the socialist group in an amendment

"it will be possible that the televisions

or any other operator can produce content that counts as compliance with the obligation dedicated to independent producers".

"This modification promotes a greater concentration of the industry, around the current duopoly (Grupo Atresmedia and Mediaset España) and the large multinational platforms, and

moves away from the European vision that seeks to guarantee cultural diversity,

promoting the existence of a business fabric independently, regulating the audiovisual ecosystem", they lament.

According to these filmmakers and workers in the audiovisual sector, the legal obligation that TV stations have to invest 5% of their income in independent production would cease to serve "to

and guarantee the generational renewal of creatives, technicians and actors." , and "turns into independent producers those who, by nature, are not".

They also remember that communication service providers (televisions and platforms) have, in addition to the windows in which the content is displayed,

the platforms on which they are advertised