Albert Serra implodes at the Cannes Festival with the most risky, sleepwalking and atomic proposal

The storm blows from paradise, according to the parable that tortured Walter Benjamin. And the gale is so strong that the angel of history cannot close its wings... 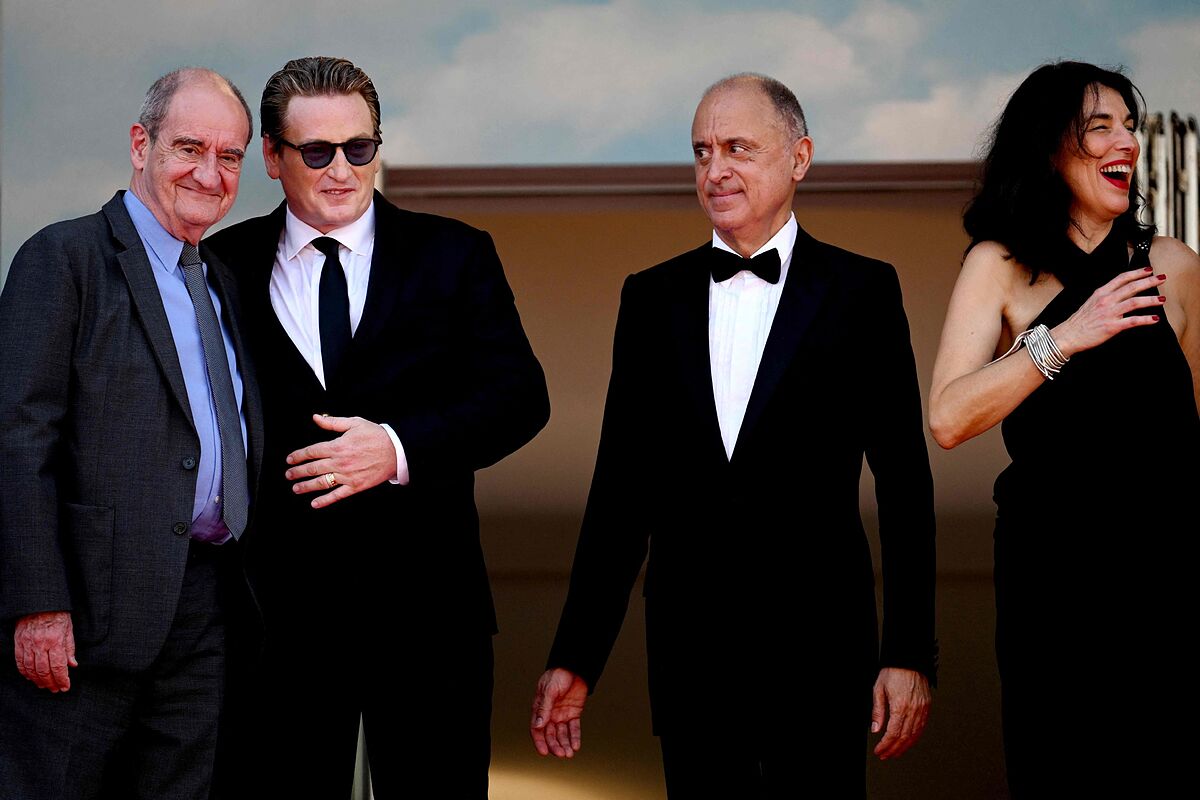 The storm blows from paradise, according to the parable that tortured Walter Benjamin.

And the gale is so strong that the angel of history cannot close his wings pushed towards the future to which his back is turned.

"And we call that storm," he added, "progress."

Albert Serra proposes in what is his second participation in the official section of the Cannes Film Festival (the first in the competition), and after winning the Special Jury Prize in Un certain regard in 2019, a reworking very much in his own way, not so much of what was proclaimed by the Jewish philosopher as well as for everything he left unsaid.

Not in vain, and as the director acknowledges, his cinema has a lot of abandonment, of chance, of fortuitous encounter.

' --as it is called because it is fiction in the Pacific-- is a film located in Tahiti that talks about lost paradises.

Or, better, of the razed paradises and of a sick colonial world of a beauty offered in sacrifice to tourism.

But above all, it is a profound and cathartic work that glides across the screen like a wounded animal in search of never-before-seen images, of never-imagined silences, of a dark threat that entangles itself in the wings of angels.

It sounds lyrical, maybe just pedantic, but that's what it's all about.

And that, proposing a new path, is what ' Pacifiction

' does with unusual cheekiness and ingenuity

The story of the High Commissioner of the Republic is told, whom he gives life to 100% and in each of the shots a huge

The representative of the French State, an elegant and sensitive man, does what he can to placate the anger that spreads through the local population.

And even more so when a rumor emerges as a provocation: a submarine seems to have been sighted whose ghostly presence could herald the resumption of French nuclear tests.

The director says that this is "the most written" of all his films.

He also says that he wanted to abandon the hackneyed and bourgeois scenarios of urban cinema that we see so much to find a supposedly new place.

He adds that the first moment of inspiration came from the story of the relationship between actor Marlon Brando and his third wife of Polynesian descent, Tarita Teriipaia.

And he concludes that, whatever it may be, his work with actors is always the same: "The only rule is abandonment, letting go.

I obsessively seek to create images with unprecedented atmospheres that we have never seen before.

I am interested in the subtle distortion of the perception of space and time. Every image is ambiguous and elusive. And that's what I'm looking for. For the rest, there are already television series".

For exactly two hours and 45 minutes, '

' is guided solely by the disorientation of its protagonist.

Magimel's character shares with the libertines of '

' (2019) some of the obscene and necessarily fertile arbitrariness of desire, and with the monarch in

'The Death of Louis XIV'

(2016), the feeling of loss in a universe in crisis that falls apart

This time, however, the director manages to partially tame his always unrepentant desire for confusion and introduces tenuous rules into the chaos that always feeds his cinema, but rules nonetheless.

The film graduates from comedy (a good part of the dialogues are pure delirium) to 'thriller', passing through the last and most brilliant episode so close to the apocalypse.

The tape ignites in the last third, in a sleepwalking and completely free flight, until it reaches a throb of despair and fear.

But also of ridiculous sadness, of naked bodies that shake on the dance floor, of captains (or they were admirals) of the French navy completely drunk.

And in the middle, Sergi López who looks and sighs.

The storm that comes from paradise, we said at the beginning, leaves the angel of history immobilized, unable to glimpse the future and with his face fixed on "the heap of ruins that rises up to heaven."

On the penultimate day of competition, Serra presented

the most daring film, the most out of the ordinary, the most provocative and, without a doubt, the only one with the true possibility of exploding.