Rather unexpected poster in Tirana. La Louve and Mourinho will be there despite everything. Will the experience of the "Mou" play against the Dutch pressing to get a fifth title... 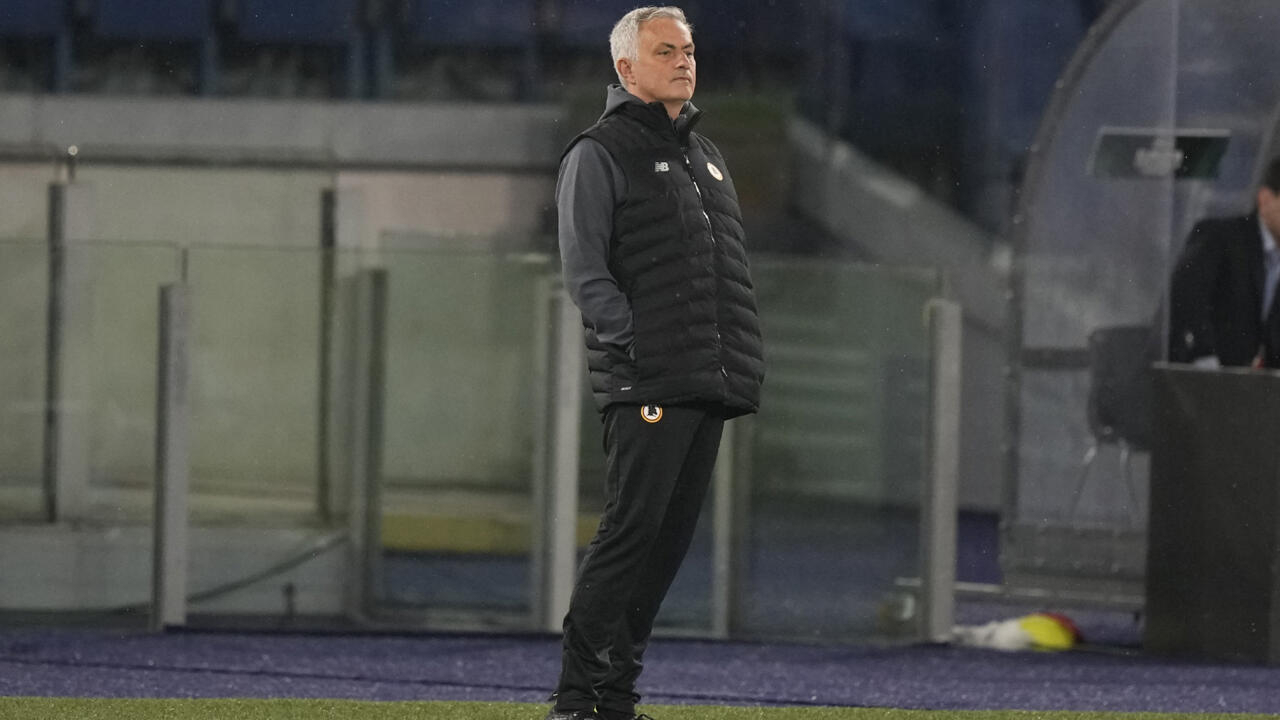 Jose Mourinho (AS Roma), during the match between Roma and Leicester City, May 5, 2022. (Illustration image) © Andrew Medichini/AP Photo

Rather unexpected poster in Tirana.

La Louve and Mourinho will be there despite everything.

Will the experience of the "Mou" play against the Dutch pressing to seek a fifth European title?

What becomes of Loris Karius?

As the Reds prepare to play the Champions League final (for revenge?) against Real Madrid, the German goalkeeper is still in the Scousers squad.

Marked by mistakes against the Merengues who shattered his career, could a success for Liverpool help him put aside the painful memory of 4 years ago?

Tchouaméni, why so much covetousness?

Will the Monegasque midfielder join Camavinga at Real?

The 22-year-old international is also called upon by PSG, ready to align with the demands of the Rock club, others are in ambush, for the one who has established himself among the great hopes for his position.

There will only be three teams in groups C and K. Exit Kenya and Zimbabwe by decision of CAF.

It follows the suspension of the two federations by FIFA at the end of February.

Reason: government interference in the activities of the authorities.

The Mauritians replace Sao Tome and Principe in Group A. The Santomeans disqualified after a complaint about the eligibility of a player who should have undergone a PCR test.