Perseverance creates a Mars playlist: over a year's worth of synthesized sounds in five hours

We have become accustomed to contemplating the landscapes of Mars through the eyes of the fleet of robots that have explored it: the Opportunity and Spirit twins, Curiosity,... 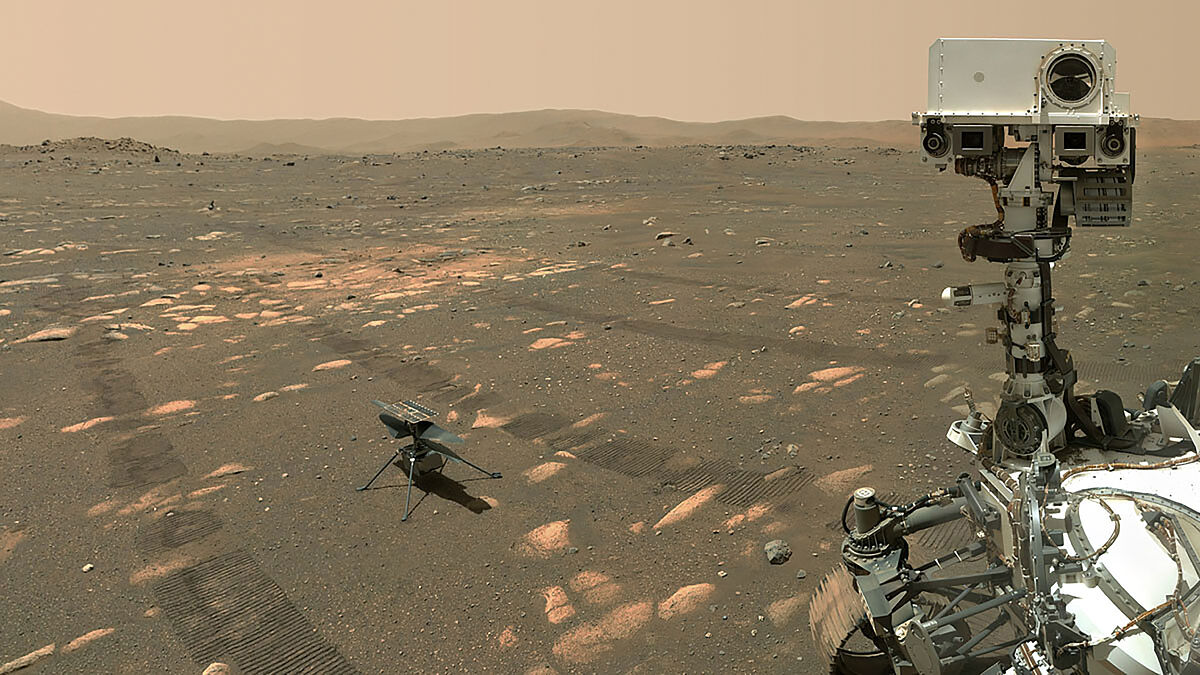 We have become accustomed to contemplating the landscapes of Mars through the eyes of the fleet of robots that have explored it: the twins Opportunity and Spirit, Curiosity, Perseverance... The red planet is even familiar to us.

Perse has been diligently recording the sounds around her with her two microphones since February 2021.

On February 20 of last year, a couple of days after her landing, she recorded the first audio of her: a one-minute recording in which for 10 seconds a breeze and the noises of the robot itself could be heard as it moved across the surface.

It has gathered a total of more than a year of recordings that the team that has been in charge of managing them has synthesized them in five hours that they show today in an investigation presented during the Congress of the Acoustic Society of America that is being held in Denver (USA) and that NASA has dubbed the Mars playlist.

Sound of a helicopter flying on Mars.NASA

The Martian soundscape has turned out to be surprisingly calm for most of the time.

"It's so quiet that at some point we thought the microphone had gone bad," admits Baptiste Chide of Los Alamos National Laboratory.

The soundtrack recorded by

provides planetary scientists with valuable information about the Martian atmosphere.

As they explain, the sounds recorded on Mars are 20 decibels below those that the same source emits on Earth, and, with the exception of the wind, there are few natural sounds.

However, the engineers say, a careful listening to the Martian soundtrack has revealed some phenomena they describe as fascinating.

They claim that there was a lot of variability in the wind, so

the atmosphere can change abruptly by fast and intense gusts.

The NASA robot, which arrived at Jezero in February 2021, calculated the dispersion of the speed of sound, confirming the theory that high-frequency sounds travel faster than low-frequency ones.

"Mars is the only place in the Solar System where this occurs in the audible bandwidth, due to the unique properties of the carbon dioxide molecules that make up the atmosphere," Chide explained in a press release.

Another takeaway from the soundtrack recorded by Perseverance is that

the soundscape changes with the seasons

As carbon dioxide freezes in the polar ice caps during winter, the density of the atmosphere changes and the ambient loudness varies by about 20%.

If the same technique Perse

were used on planets like Venus or moons like Titan, which have denser atmospheres and where sound waves interact more strongly and propagate farther, they could yield valuable scientific information, says Chide.