Nuria Labari: "Everything biologically feminine is expelled from the dome of power"

It could be real: a 44-year-old woman reaches the professional peak as an executive of the company she works for. She does not know the precariousness. She has a sky-high salary. And till... 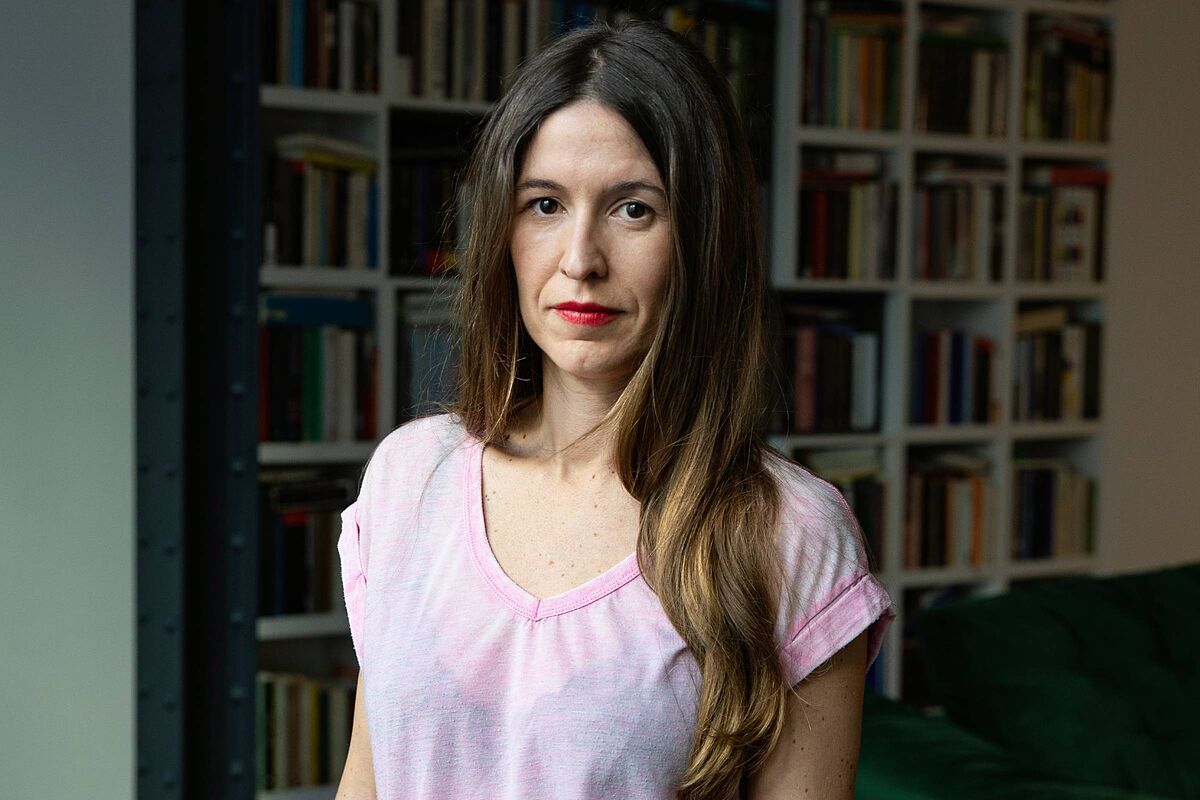 It could be real: a 44-year-old woman reaches the professional peak as an executive of the company she works for.

She does not know the precariousness.

She has a sky-high salary.

And until she got to that place she has worked twice as hard as a man, she has made an effort more than what is required of a man, she has shown that she can be tougher than a man, and more implacable, and stronger .

This woman opens an interesting gap.

But maybe she doesn't know why anymore

In the end she has become part of what she started fighting against.

She until she realizes the emptiness.

It is the plot of the second novel by the writer and journalist Nuria Labari (Santander, 1979),

The title is for her.

The title is her, the protagonist.

He has become the last white man.

He is one of them, terrible in the terrible.

This is a book that looks at feminism in a different way.

It is more: it is a novel that looks where we do not see.

In what we take for granted.

In the accumulated prejudices.

That is why even the very structure of

It is a novel, but it has the manners of a very agile and accurate essay.

And also a social manifesto.

And it is a denunciation of the world of work when we accept that it exceeds its limits, that it turns us into its humiliated tools.

All this narrated by a voice that moves away and approaches, between the microscope and the telescope, generating an echo of strangeness that increases.

"The novel is born from the need to understand what happens to us when questions about work arrive. What happens in that space to which we dedicate the most time of our lives, for which we train and where we place so much desire," says Labari.

This is the territory of all mismatches.

"Being a woman is the worst thing you can be in the workplace. Objectively the worst, due to the salary gap that exists, due to underrepresentation in positions of power...".

This novel is, in that sense, an autopsy.

An autopsy of power

Forensic investigation to draw a portrait of the reality of a woman in the workplace.

"Why is a system that does not provide well-being perpetuated?" asks the author, "nor does it provide us with happiness or security, which is not sustainable and, despite everything, remains unquestionable and unsustainable?"

And to find them you have to start erasing from the origin.

has something of a red flag.

And we can consider the protagonist an infiltrator in the present, she is willing to blow everything up.

You have to be very docile and obedient to occupy certain positions of power, and that is where the woman around whom the ideas of this novel of ideas orbit arises when she gets power.

It looks like a dystopia, but it is the sulphurous mirror of the present.

We are that way?

We are what we have built badly against ourselves.

"This is a novel that looks where we do not see. In what we take for granted. Everything that is biologically feminine has been expelled from the workplace and from the top echelons of power. What matters is knowing how to compete. And for that only there is a genre: the one that dictates the rules of the game", says the author.

And that is why the protagonist of

, a novel armed from an extraordinary narrative capacity, stops to wonder what.

And if she is what she does.

"And if that structure has nothing to do with a way of interpreting and practicing eminently masculine power," Labari says.

So the women who reached the top of the workforce may have done so by adapting to power, aware of being assimilated by it.

And why this power?

"To have something that they already had," replies the author.

"The protagonist, on the other hand,

aspires to power to change it, to make it explode

. She is convinced that she can no longer prolong the mental prisons to which she subjects us through work and power", explains Labari.

is turned on by a woman aware that having everything (in her way, with her rules) is to become one of them.

In one more of them.