Iggy Pop: "Having a stake took me this far"

On Tuesday, Iggy Pop and the French soloist ensemble Ensemble Intercontemporain received their Polar Prizes during a ceremony in Stockholm. Last year, the award ceremony was canceled due to the pandemic. 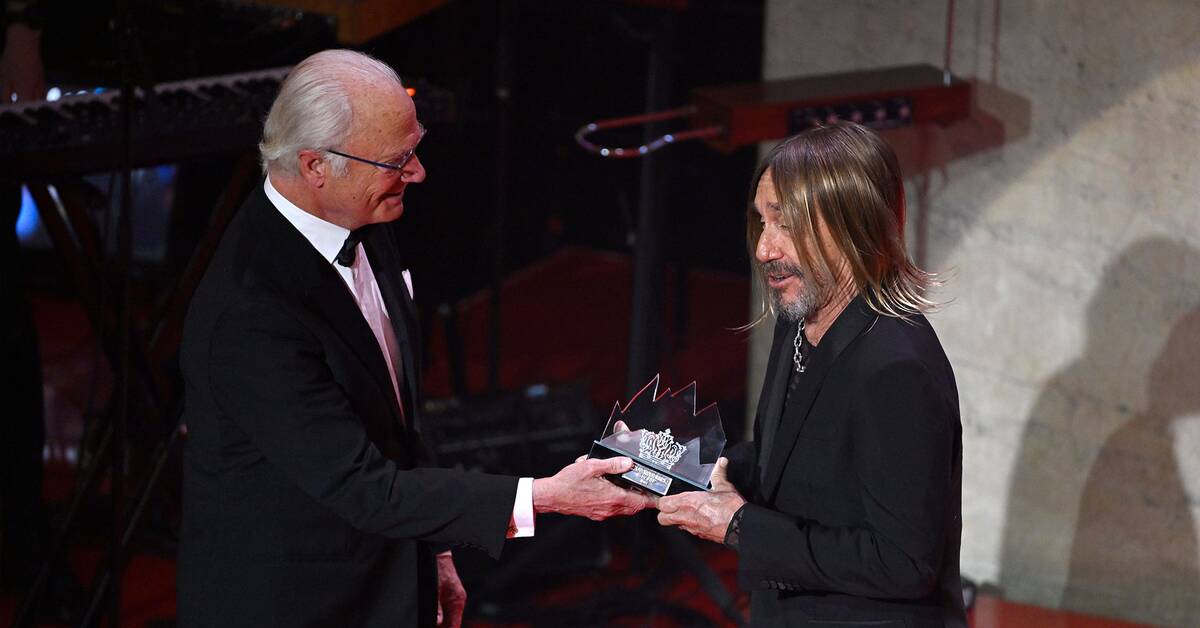 Iggy Pop is usually called the godfather of punk and broke through as a front man in The Stooges in the late 60's.

On Tuesday, he received the Polar Prize in Stockholm and said from the stage that he has become so successful because he has a "stake".

- When you think of music and this prize, and if you remember me - think of the stake.

The Polar Prize was also awarded to the French soloist ensemble Ensemble Intercontemporain, founded by Pierre Boulez in 1976. It consists of 31 musicians on various instruments.

Watch Iggy Pop receive the award from the king in the clip.